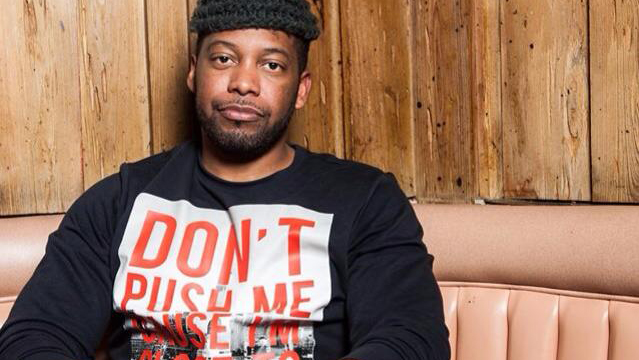 Two decades ago, comedian Al Jackson went from mild-mannered school teacher by day, to raucous open-mic comic by night. “Teachers don’t make enough money to see psychologists,” Jackson said. “I decided I would start going to open-mics instead of paying for therapy.” Now, he co-hosts “Daily Blast Live,” a nationally syndicated talk show, which airs locally Monday through Friday at 3 p.m. on WHAS11. This week, Jackson headlines Comedy By the Bridge.

LEO: I know you have performed in Louisville a lot. It’s great to finally have you back in town.
Al Jackson: I love Louisville. Not only have I done stand-up there a bunch of times at The Caravan and when they had The Improv, I also shot an MTV show called ‘Made’ there, as well. It was a reality series where they would take kids who had dreams — in my case, they wanted to be a stand-up — and we would mentor them. So, I spent a whole summer there shooting, and I loved every bit of it.

What was it like growing up in Cleveland, Ohio?
Cleveland should start to promote itself as America’s premier comfort food and sandwich city. It’s a great place if you like food, beer and a lot of sports talk. We were very working class there.

As a Cleveland native, where do you stand when it comes to LeBron James?
Love. Lebron got us a championship. He can do no wrong. When we were young, we would joke about whether we were ever going to get to see a championship in our lifetime. By the time I hit my 30s, you’d push back on that a little more. Once I hit my 40s, I was like, ‘Wait a second, this isn’t funny anymore. I might be running out of time.’

How did you get into doing stand-up as a career?
I was teaching middle school in Florida. I have a bachelor’s in biology, so I was teaching science to a bunch of hormonal sixth and seventh graders. I was going a little crazy, and teachers don’t make enough money to see psychologists. I decided I would start going to open mics instead of paying for therapy. I had no plan of becoming a professional entertainer. I remember my first paid gig. I was at this bar and the owner was like, ‘I’ll give you 50 bucks, a burger and a beer.’ I remember thinking, ‘This guy is either a sucker or stupid. I would have done it for free.’

How has switching gears and co-hosting ‘The Daily Blast’ been for you?
It’s been a game changer. Not only do we get to laugh, but we also get to talk about things that matter and what’s going on in the world. I feel like we’re putting something positive in the world. Yesterday, I got to talk with the guy that invented the algorithm for 23andMe.

You’ve also been dipping your toes into acting. Is that something you want to explore more?
Of course. I did get to play a version of myself on my buddy Jim Jeffries’ show ‘Legit.’ I remember him way back telling me about the pilot. He was like, ‘Hey, man — I’m doing this show I wrote you into it. You’re going to have to come and do it.’ Then, I got a call from a casting agent who wanted me to come in and audition to play myself. I thought it was cool Jim kept his word. Then, I was like, ‘Wait, I have to audition to be Al Jackson?’ I get there, they have three other guys auditioning to play me. It was wild. Luckily, I was good enough to be able to play Al Jackson. •