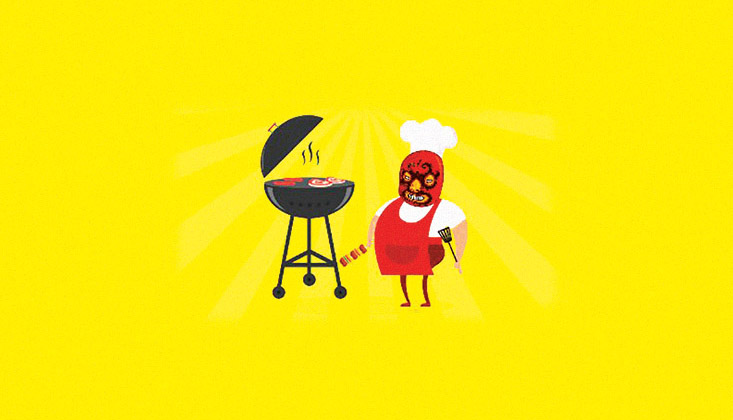 Vegan Night Market
V-Grits
No cover  |  5-9 p.m.
V-Grits, Louisville’s Southern vegan restaurant, is hosting several vegan eateries in its parking lot, as well as vendors and artists for its second vegan night market of the summer. V-Grits will be selling tacos and cerveza queso mac out of its food truck, accompanied by SnoBalls topped with syrups and vegan creams and caramels from SnoWhat Snoballs and savory and sweet treats from Half-Peach Bakery & Cafe and Flora Kitchenette. Wash it all down with beer, summer shandies and cocktails from False Idol Independent Brewers. Shop jewelry and other artwork from Gimme Hugs Dude, artist Ryan Case and Poetic Moon Wearable Art. Or get involved in the art by sitting down for a henna design with JessiKay Graham or bringing Fido and Kitty for a pet portrait from Sarah Tidwell. QueerKentucky and Friends of Metro Animal Services of Louisville also will be there, advocating for their individual causes.

Rise for Refuge
Crescent Hill Baptist Church
Free  |  10-11 a.m.
Join local and national representatives, faith leaders and members of the public for a rally to protest President Donald Trump’s push for the United States to stop accepting refugees completely in 2020. Still feel powerless? It’s also an opportunity to learn how you can support refugees and asylum seekers now rather than later.

OVW’s Wrestling with the End of the Summer Tailgate
Ohio Valley Wrestling Davis Arena
$5  |  3-6 p.m.
Louisville, let’s get ready to rumbllleeeeee! Ohio Valley Wrestling is partnering with St. Joseph’s Children’s Home to put on this fun family event closing out the summer. Meet your favorite local wrestlers and “dunk an OVW baddie” at the dunk tank. There will be live music, local food and tons of activities to choose from, ranging from Flying Axes to Dave & Buster’s. A portion of all sales goes to St. Joseph’s. After all the fun and games, wrestling fans can watch OVW’s Justin Smooth as he seeks to defend his Heavyweight Championship belt against fellow OVW wrestler Corey Storm at 7 p.m.