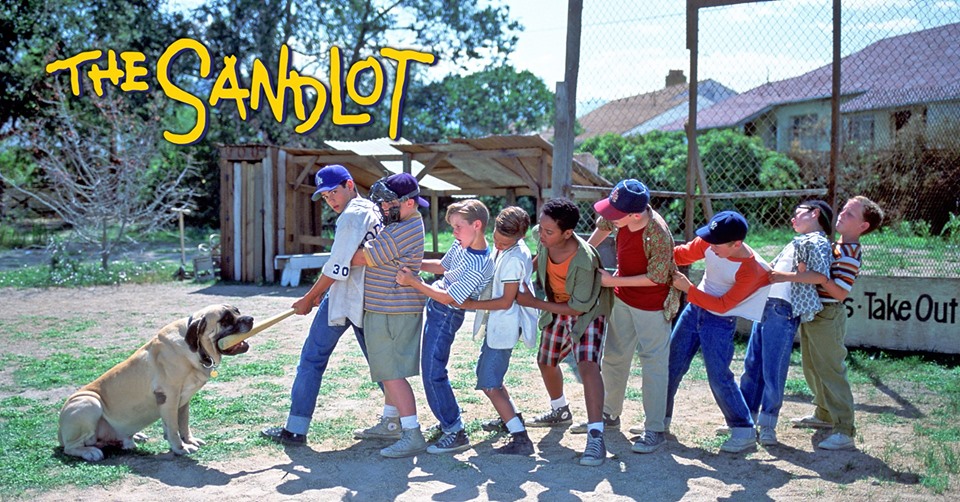 'The Sandlot' will be shown at Slugger Field on Friday.

The Mueller Report: A Public Reading
The Bard’s Town
Free  |  7:30 p.m.
While American children were forced to complete a summer reading list before school started back up, their parents couldn’t be troubled to read a report detailing the numerous ways the president of the United States obstructed justice, as well as the criminal activity of his campaign (at least 34 guilty pleas or indictments so far). Sounds like the perfect job for The Bard’s Town. Louisville’s theatrical community will perform a staged reading of, “The Investigation: A Search for the Truth in Ten Acts.” Admission is free, although donations will be accepted to support The Bard’s Town and Law Works, the nonprofit group that made the script available to the readers

Refugee Elders’ Art Exhibit
Iroquois library
Free  |  All day
Members of Kentucky Refugee Ministries’ 60-plus elder program often need more help adjusting to life in Louisville than their younger family members do. KRM teaches English and exercise habits, but it also offers fun activities, such as art-making. At this exhibit, check out what the projects’ participants have been working on and take a second to check out the Iroquois library.

Author Talk with Jim Higdon
Northeast Regional Library
Free  |  7-8 p.m.
Jim Higdon is the author behind “The Cornbread Mafia” about the mob-like marijuana syndicate that illegally operated in the 1980s in Kentucky. Higdon recently updated and rereleased his book. He’ll discuss it at this author talk, which includes a snack of cornbread muffins.

‘Do the Right Thing’ Interactive Screening
1619 Flux: Art + Activism
Free  |  5:30 p.m.
This is not your typical, “sit down, shut-up, watch and leave” movie screening, but that’s because “Do the Right Thing” isn’t about sitting down and shutting up — it’s about action. The 1989 Spike Lee film, ostensibly, is about a Brooklyn resident, Buggin Out, who takes issue with a wall of fame in his neighborhood pizzeria that shows only photos of Italian American actors despite the restaurant being located in a black neighborhood. At this showing, you’re invited to “step into the film” with activities, New York-style pizza, discussions and more. The movie starts at 6:15 p.m. RSVP by visiting 1619 Flux’s website.

So You Think You Want to Run for Office?
IBEW Local 369 Union Hall
Free  |  5:30-8 p.m.
Thinking something needs to change in your city, state or country? Of course you do; the world is on fire! But, hey, maybe you can change it by running for office. Candidates, campaign staffers and elected officials will be at this information event to tell you how it’s done. This informational session is hosted by the Louisville Democrats.

Midwest Queer Comedy Festival Thursday Showcase
Purrswaytions
Donations recommended  |  9 p.m.
The Midwest Queer Comedy Festival, featuring comedians from the LGBTQ+ community, comes to Louisville Wednesday through Sunday. At this Thursday showcase, 11 comedians from all over perform, including Cameron Monroe from Fayetteville, Arkansas whose been using his writing and entertaining powers for the good of hilarity since 2012 and Jessica Inserra, an LA-based stand-up whose been openly out and funny since the age of 14. Most MQCF shows are $7 and up, but this one only costs the amount of a donation to Purrswaytions, Louisville’s last-standing lesbian bar. Purrswaytions and Kaiju host more donation-based shows on Friday and Saturday, including a Louisville iteration of Strip Joker, a Chicago, body-positivity show, and live podcast recordings of “Reel Gay Movie Show,” “Queer History Live” and “Gender Fluids.”

Opera in the Park
Willow Park
Free  |  7-9 p.m.
Here’s your chance (a rare one) to watch a Kentucky Opera performance for free. Singers from the organization’s Sandford Studio artists will perform. Bring a chair or blanket to sit on. Water will be provided.