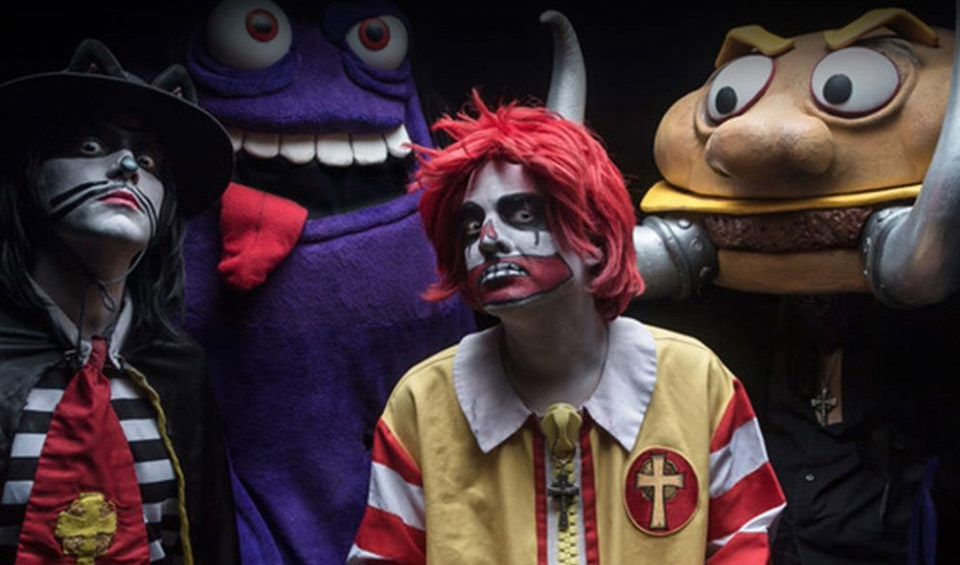 Mac Sabbath, Okilly Dokilly
Zanzabar
Sunday, Aug. 4
What we have here is an opening band that dresses like Ned Flanders from “The Simpsons,” followed by a parody of Black Sabbath by musicians who dress up like McDonalds characters, and sing about McDonalds things. They sing song such as “Frying Pan” and “Sweet Beef” and, quite frankly, it’s really compelling stuff, and even Ozzy approves, according to this clip that’s pure gold.

Interpol, Surfbort
Old Forester’s Paristown Hall
Thursday, Aug. 8
A savvy alt-rock band known for their clever, complex entries in that much celebrated early 2000s New York rock scene, Interpol exists in the same sonic universe as The Strokes or Yeah Yeah Yeahs. That pocket of rock — which was wonderfully documented in Lizzy Goodman’s “Meet Me In The Bathroom” — is widely seen as a return to form for rock and roll, and the beginning of an indie explosion that blasted bands from small clubs to the international spotlight. Interpol was at the center of that, and they continue to carry on the prowess that defines them.

Cherubs
The Care Less Lounge
Friday, Aug. 9
A legendary cult noise-rock band that took a two decade hiatus, Cherubs is back on the road and releasing records, and as abrasive as ever, grinding out their punk-drenched, fuzzed-out, off-center songs. This year’s release, Immaculada High, feels like a direct continuation of 1994’s Heroin Man — aggressive psychedelic power that rattles your brain, whether it’s from the heavy reign of the guitar work or the hushed contemplation of life and death.

Bun B
Headliners Music Hall
Wednesday, Aug. 14
After rising to prominence as one half of the duo UGK, Bun B went solo in the mid-2000s, using his steady baritone to explore everything from Hurricane Harvey effect on his hometown to circular, complicated violence.

GRLwood (Album Release)
Headliners
Friday, Aug. 16
The scream-pop duo GRLwood just dropped their second album, I Sold My Soul To The Devil When I Was 12, and it’s a great continuation for them — it has the same punch, with even more depth. Listen to the record now and don’t miss this show. Hazelfire, Mike Bandanna, Belushi Speed Ball and Wombo open.

Purple Mountains
Zanzabar
Monday, Aug 19
Dave Berman of Silver Jews fame has been on a hiatus lately, but now he’s back with his new project Purple Mountains, and his somber, clever songwriting is as sharp as ever.