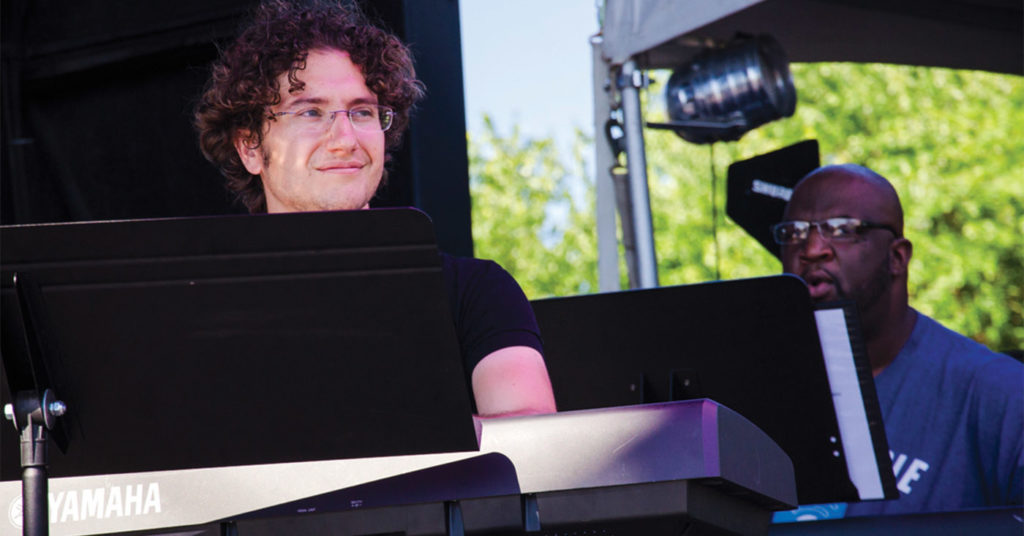 For the last half-decade, Forecastle has booked Louisville Orchestra conductor Teddy Abrams to perform each year, and he has consistently delivered the most unique sets at the festival. In the past, Abrams has structured his set like a variety show, bringing out local rock and hip-hop acts to play their songs or covers with a symphony backing them. This year, it’s going to be different.

Teddy Abrams & Friends will perform Beethoven’s Symphony No. 5 in its entirety, splicing in modern elements and other twists along the way.

“I thought the way we were melding together the different styles of music that this would be the perfect piece,” Abrams said. “Not only because it’s really famous and everybody knows how it goes and it’s so iconic, also it’s a piece that demonstrates that transition from challenging, heavy, dark beginning to a place of triumph. I thought that message was a message for today.”

This year, the “Forecastle Symphony,” the group he has assembled, includes Craig Wagner, Joe Logan, Rachel Grimes, Scott Moore and several members of the Louisville Orchestra, including principal strings players. There will be around 30 performers on stage. As always, it’s an eclectic group, ranging from people playing classical instruments to those on electric guitars, which Abrams said will create something innovative and original.

“Instead of presenting it traditionally, it’s going to be totally wacky and different,” Abrams said. “There are things about how this was presented back in its original form, which was much more like a modern rock concert or jazz performance. They would be broken up into chunks — one movement at a time. They would do an aria or a song between different movements. They might repeat a movement if people liked it enough. If it was piano material, Beethoven would have certainly improvised his own solo cadenzas. So, all those anecdotal elements of how music was performed, have informed how, I think, we might present something at a rock music festival.”

Most major music festivals don’t book classical musicians. But, the Teddy Abrams & Friends set is something that has become ingrained in the identity of Forecastle. And Abrams thinks that shows how invested Forecastle is in the community. It’s something that he tries to repay with a creative performance.

“My whole philosophy is that it’s so daring of them to even invite a conductor or someone associated with the orchestra to be a part of the festival,” Abrams said. “So, why not make it something that you would truly not see somewhere else. That’s what I’ve always tried to do for appreciation of being included.” •