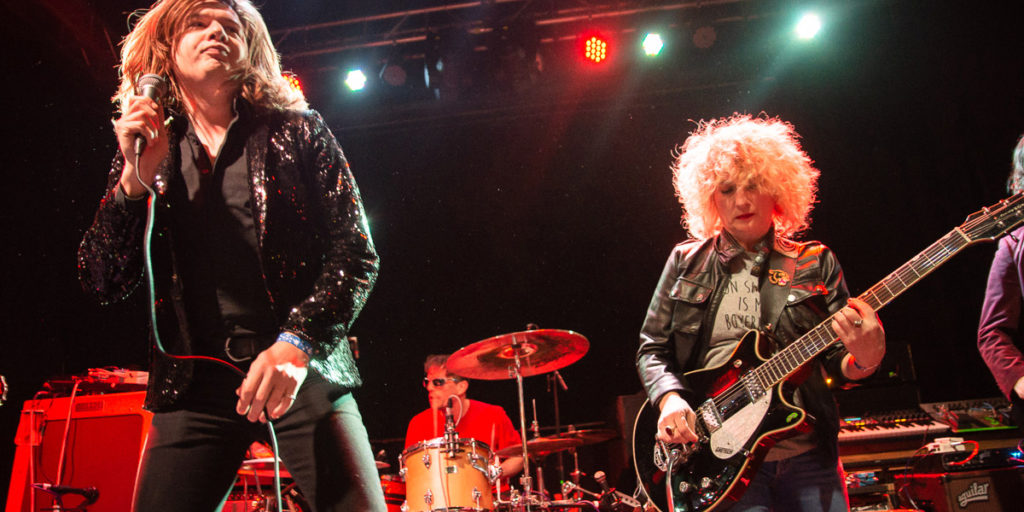 When the organizers of the Poorcastle Festival saw the crowd at last year’s event, they knew it had outgrown Apocalypse Brew Works, where it had been held for six years.

“Last year, both Friday and Saturday were at capacity, and we knew that for us to continue to grow we’d have to move to a larger venue,” said Shaina Wagner, the festival’s president and director of operations.

This year’s festival takes place at Breslin Park on Friday, July 5 to Sunday, July 7. “This allows us to have more space, more attractions, more vendors and more room for people to spread out,” Wagner said.

In addition to its usual offering of 30-plus local bands and local vendors selling food, craft beer and cocktails, Poorcastle will now also feature the “What The L’OU Media and Arts Tent,” with comedy, improv, live podcasts and more. “The new offerings are for people who want to experience something different,” Wagner said. “Having a wider array of events will hopefully make the experience more enjoyable and help us draw new audience members, including more families with children.”

One of Poorcastle’s main goals is to serve as a place where local bands can showcase their talents in front of a larger-than-usual audience. Several bands who’ve played Poorcastle have gone on to play larger venues such as Forecastle. Poorcastle alumni GRLwood is at Forecastle this year, while returning Poorcastle band Phourist & The Photons is playing both festivals.

Using the slogan, “A festival for the rest of us,” Poorcastle was started in 2013 as a reaction to the larger Forecastle Festival and it always takes place the weekend before Forecastle. Poorcastle prides itself on its lineup of all-local bands and vendors and its low ticket prices — $7 for a one day pass and $15 for all three days.

Wagner said local sponsors help keep the prices low and ensure that festival proceeds go toward local nonprofit organizations. Poorcastle has raised approximately $30,000 for organizations such as WCHQ 100.9 FM, Louisville Leopard Percussionists and AMPED during its first six years, according to Wagner. “It’s become a summit of community,” Wagner said. “Everyone’s local — the bands, the beer, the food, everything. It’s a place where everybody can come together and really celebrate local music, and on helping keep it alive in Louisville.”

Andy Collins’ band Hot Prowlers is making their second appearance. “There’s a great sense of pride in the local music scene, and Poorcastle is a shining beacon of that pride,” said Collins. “It’s really about showcasing the bands, a lot of whom are at the spot to take things to the next level from playing in bars. These bands are well-rehearsed and perform music they deeply care about. The quality of the bands is on par with what you’d see at a major festival.”

One of Poorcastle’s strengths is that “it’s not just one type of music; there’s a wider range than you’ll find at a bigger festival,” Collins said. “Poorcastle has a nice blend of heavier music, hip-hop, acoustic, Appalachian, etc. It’s a nice mix and they do a great job interspersing different genres. Our sound is new wave and melodic, but we’re being followed by Blind Scryer, whose sound is much heavier. The festival encompasses the Louisville music scene and showcases the wide variety of styles you’ll find there.”

“When they asked us to play this year, we didn’t know it was moving to Breslin Park, but I think it’s a great move,” he said. “Breslin has a new skate park, and I’ve been an avid skater for 20 years, so this is like a collision of my worlds. Breslin is such a great venue, it has the new playground and splash pool, so the festival can continue to cater to adults while becoming a more family-friendly destination.”

Wagner said she’s amazed by how much Poorcastle has grown since debuting in 2013.

“When we started, it was a single day with 11 bands and it took a couple of months to plan,” she said. “Now, it’s grown so much that it’s pretty much a year-round job. But it’s definitely a labor of love. Each year, as the weekend goes on, I always feel surprisingly emotional, and humble. I really feel like we’re making an emotional connection with the local music scene.” •