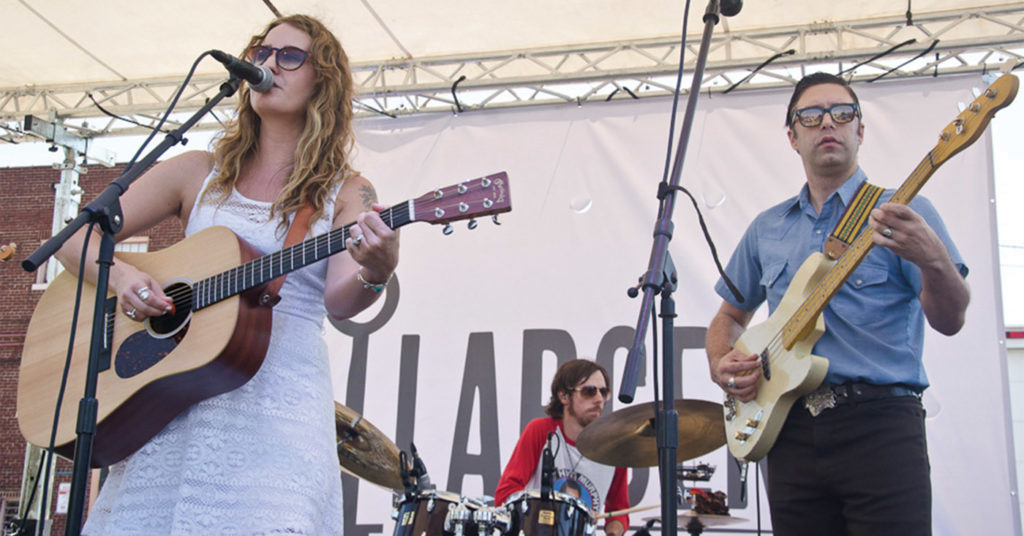 Seven Sense Festival is attempting to grow, but to do so, the annual late-summer event will not happen in 2019. This year will be used for strategic planning, and the indoor-outdoor, multi-stage music festival’s first action toward a return in 2020 is a partnership with Production Simple, the company that books Headliners and Paristown Hall, among other places.

“They just have a well-oiled machine,” Hunter Embry, one of Seven Sense’s founders, said of Production Simple. “They have people that specialize in things, where [co-founder] Chris [Nelson] and I were trying to handle all of these aspects of the festival by ourselves for many years. It’s become something that’s a little too big for me and him to handle in the way that we want to.”

Along with Headliners and Paristown, Production Simple has put on events at numerous venues of many sizes, including Iroquois Amphitheater and Waterfront Park, and the company brings experience with booking, marketing, logistics, contracts, permits and many other areas.

“They have some great bones already there, and they’ve done great work, but, like most of the people in our line of work, it is a question of bandwidth,” Production Simple booking agent Billy Hardison said. “Do you grow your own team from inside, or do you take on a partner, who already has built-in experience?”

Hardison likes how Seven Sense has a clear objective of focusing on rising acts, with a target demographic of people who want to discover new music. Seven Sense Festival has always had some recognizable names, but mostly the lineup has been made up of regional bands that are on the cusp of breaking into the mainstream.

Seven Sense was started in 2014 by Embry, Nelson and Shawn Steele, who now owns and operates False Idol Independent Brewers. That first year it was held on South Preston Street, and featured four stages — two outdoor, as well as the venue spaces at Zanzabar and The New Vintage. In its five years, Seven Sense has been held in three locations: South Preston Street, Swiss Hall and, most recently, at Gravely Brewing Co. in 2018. There is no location set for the festival’s projected return in 2020, but Embry said that it will remain an indoor-outdoor festival. Seven Sense also hopes to throw a party in November to release more details.

But, while things are changing for Seven Sense, Embry wants to make sure the festival’s identity remains the same.

“Our goal from the start has been a tastemaking festival,” he said. “We’re not trying to bring in acts that have sold millions of records and have been around for 30 years or 20 years or 10 years, or whatever it may be.”

In 2015, alt-country singer Margo Price performed an early afternoon set at Seven Sense. Price has since exploded, playing large venues such as the Louisville Palace and at major festivals like Forecastle and Bonnaroo. She was also nominated for a 2019 Grammy for Best New Artist. And that’s what Seven Sense has been — and plans to continue to be — all about: Booking new artists that are on an upward trajectory.

“It’s always that feeling,” Embry said. “You see them once and you feel like, they’re not going to be at this level much longer, and what can we do to help kick-start it within our area. Why doesn’t Louisville say: ‘We knew about them first.’ And, ‘I’m going to go to this festival not knowing any of the bands on the poster, but I’m hoping that I’ll leave with bands that I’ll look up, and look forward to seeing in the years to come.’” •