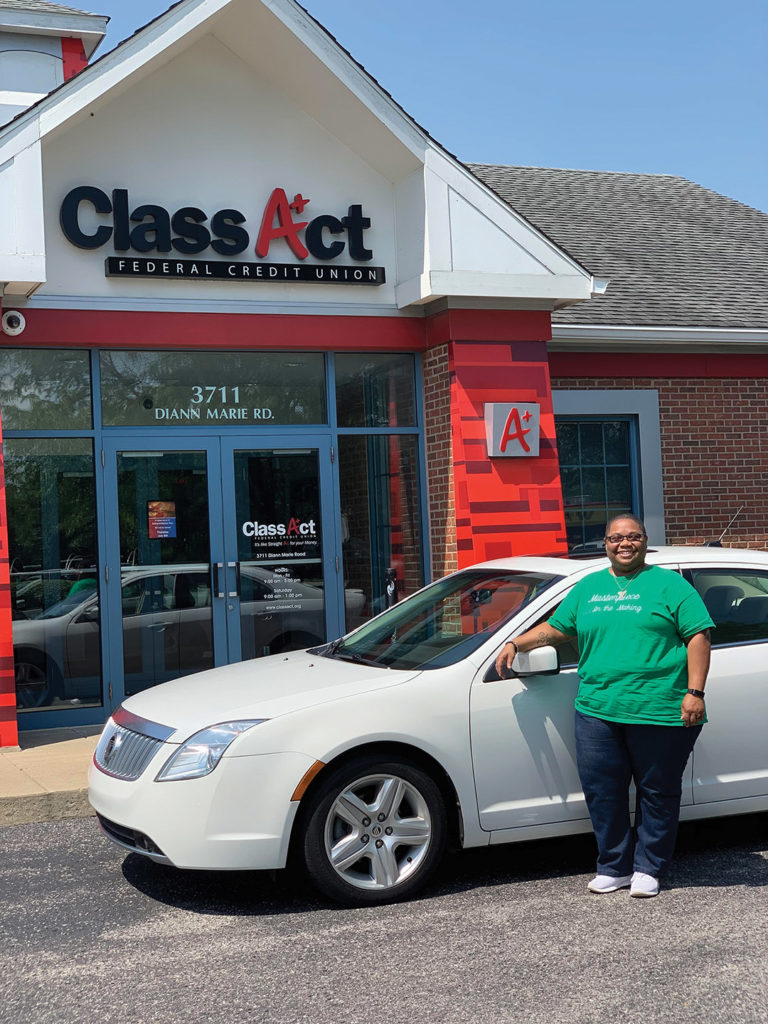 Wanova Mills looked around Class Act Federal Credit Union’s lobby with a smile, “I feel like I can come here, and everything is okay.” For Wanova, Class Act is more than just a financial institution, it’s a community that she’s been a part of since 2002. She discovered Class Act when she started working for Watterson Elementary School as a custodian. After hearing several teachers talk about all of the benefits Class Act offers its members, Wanova decided to join. She’s been a member ever since.

After 10 years of being a custodian, Wanova became a teacher’s assistant for the Emotional and Behavior Disorders (EBD) program. While she enjoyed her time working as a teacher’s assistant, she has since moved on. Although she no longer works for JCPS, Wanova remains a part of the education community through Class Act Federal Credit Union. To Class Act, which was started by a small group of JCPS teachers, “It’s not just about making money off of you, because ultimately this is for us. This is something we built for ourselves,” Wanova said.

Perhaps Wanova’s confidence in saying that Class Act isn’t about making money off of their members is because Wanova has seen first hand that Class Act focuses on giving to its members, rather than taking from them. Wanova continued by remarking on Class Act’s competitive interest rates on their dividends are “better than the bigger banks.” She was amazed at the amount of money she gets back from keeping funds in her accounts, “It makes you feel like you get a better return on what you’re investing in,” she said.

Recently, Wanova had the opportunity to work closely with a Class Act loan officer when she purchased a car. She was amazed at the excellent customer service and the ease of the process. Not only was her loan officer knowledgeable and easily accessible, Wanova felt like she truly cared about her. “At a lot of places you’re just a number, but she never made me feel like that at all,” Wanova said. After the “painless” process was over, Wanova was touched when her loan officer called to check in, “She made me feel like I matter.”

For years, Wanova has been working towards rebuilding her credit, which has made her skeptical about asking for a loan. After her experience getting an auto loan through Class Act, however, she feels better about the process. Next on the horizon is a new house. While this may be intimidating for most, Wanova is not worried, because she plans to take part in some of the educational workshops that Class Act offers.

After having the chance to hear Wanova’s story, it became clear that Class Act is different than most financial institutions. It’s a place where members matter, and there are few limitations to what they can accomplish with the help of Class Act’s employees. Not only do its members get more money back than they would from regular banks, they have a safe place to go to manage it. They have a place where they are more than just a number, they are valued members of a community.

If you want to be treated like you’re more than just a number to your financial institution, call 502-964-7575 or visit classact.org today.