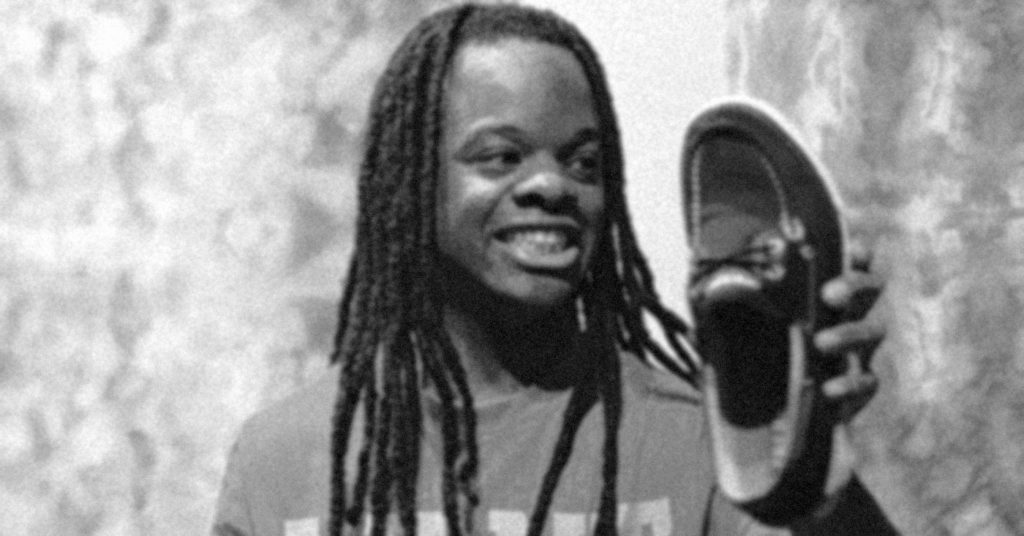 Comedian Jordan Goodwin was originally drawn to theater, but, as he said, “You had to audition and have a resume.” So, comedy it was. This weekend, however, Goodwin returns to his first love when he performs his original play, “Jordan’s World: Ultimate Football.” He describes the show as: “A coming-of-age story about a man who wants to be a professional football player. It’s a mixture of comedy, drama and romance.” Other local talent including Nathan Woodard, Gracie Taylor, June Dempsey and Kent Carney will perform with Goodwin at Kaiju.

LEO: Let’s talk a little about you growing up in Louisville.
Jordan Goodwin: I think it was a happy childhood, which is weird for a lot of comics. My brother and I were really weird kids. We had wild imaginations. We would just make up games and stories and just run around the house all day. As he got older, he sort of grew out of it. I maintained a wild imagination as an adult, and that’s where a lot of my comedy comes from.

What drew you to stand-up?
At first, I didn’t really want to do stand-up. I wanted more traditional acting or theater type of stuff, but with those, you had to audition and have a resume. When it came to comedy, everyone was free to give it a shot. My first show at The Caravan was one of those deals where you pay a dollar and everybody gets in.

How did that first time go?
I would say it was bad, very bad. I didn’t take any water onstage with me, so I had to do my time with a dry mouth. I know that sounds dumb, but you try telling jokes to a bunch of strangers when you feel like you have a mouthful of spiderwebs. And, yeah, the audience didn’t really feel me. I had five minutes to do. Four minutes in, I just walked off.

After a show like that, what made you go back up?
I just loved trying to be creative in stand-up. I’m different from most other comedians. Most comics just walk up and stand behind a mic. I wanna do something different. I’ll go up and play games with the audience. One time, I played hide and seek. Sometimes, I’ll go on dressed as a police officer and just start arresting audience members for silly crimes. I’ll actually handcuff them and all. I’ve seen weird stuff like that fill the audience with joy, and I love that.

Is unpredictability the key?
Sure. When I go to a show, and everyone looks the same up there behind a microphone, I want to stand out. I want people to remember me more than anyone else who performed that night. If that takes me getting wild, I’m down. I’ve also done shows where people don’t get me. I did one at The Bard’s Town — it was an older crowd that just didn’t get my level weird. It was super quiet. They were mumbling, ‘He’s not funny.’ It got super awkward.

Let’s talk about ‘Jordan’s World.’
‘Jordan’s World,’ I take a five-minute stand-up bit and write a whole play around it. This one is a coming-of-age story about a man who wants to be a professional football player and all the oddballs he meets along the way. It’s really silly and fun.

How do you decide who you are going to cast?
They’re from all over town. Some come from the roasts or Sketchy Stuff [local sketch comedy troupe] or just from comedy shows around town. I start writing the script and whoever comes to mind, I figure out how they will fit into the story. Then, I tailor the character to their comedic voice. This script took me several months to get the way I wanted and get a feel for all of the characters.

Your show is part of Kaijuesdays. How important is a venue such as Kaiju to the local comedy scene?
It’s essential. It’s amazing. Any weird idea, they let us do it. In the club you can’t pull some of the wild stuff off. They’d look at you like you were crazy. I love it. It’s a place where I know my audience gets me.