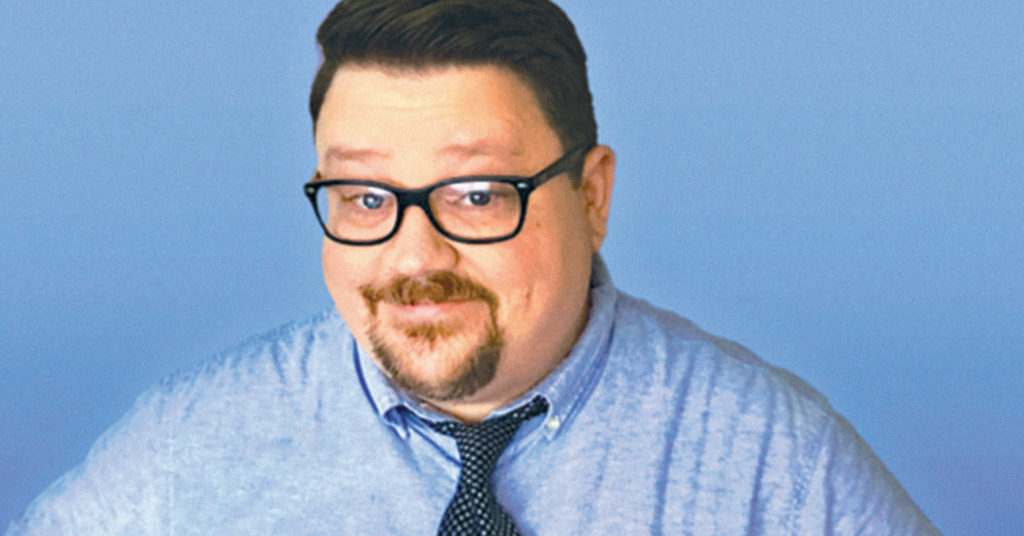 Stand-up comedian Jeff Bodart thinks Louisville is where “things do happen,” but Paducah is “where all dreams go to die.” Unfortunately or fortunately for him, he won’t be in Louisville this week or Paducah but at Comedy by the Bridge in Jeffersonville. In nearly two decades in comedy, he has released albums They’re Still in the Can and Adorable & Affordable. He’s appeared on The WB and Fox networks, as well as at The World Series of Comedy, Laugh Your Asheville Off and Cape Fear Comedy Festival.

LEO: Have you been through Louisville before?
Jeff Bodart: I used to do Comedy Caravan a lot when Tom Sobel owned it. Louisville was the place to be when I started doing comedy in 2001. Louisville and Comedy Caravan was where you had to go to get baptized. I was doing the open mic at Crackers in Indianapolis when I started. People would come to me like, ‘Have you gone to Louisville yet?’ I’d say, ‘No.’ And they’d be like, ‘Good, you’re not ready.’ Because if you did well in front of Tom at Comedy Caravan, it was the gateway to so many more paid gigs. The last thing you wanted to do was bomb in front of that audience.

Have any Louisville shows stood out in your mind for any reason?
When The Improv was open there, I was booked to open for Loni Love [co-host of ‘The Real’]. I was walking out at the end of the weekend of shows, and she was like, ‘Wait! I didn’t tip you.’ That shocked me. I’d never heard of a headliner tipping their opening act. She gave me a hundred bucks and got my information. Then, she started booking me as her opening act regularly anywhere she played. I toured with her off and on for like three years. That’s when I was like, ‘Holy shit! Things do happen in Louisville.’ I got three years of work because of that show in Louisville.

What was growing up in Indiana like for you?
I grew up in Columbus, Indiana. I went to high school there, where I did average work. I wanted to go to art school, but my parents wanted me to go to ‘real’ school. So, I went to Ivy Tech and got a graphic design degree. I like to think of it as a compromise, but really, my parents totally played me.

Was it a happy childhood?
Oh yeah. Or, as happy as it can be when you have two older brothers picking on you all of the time. We weren’t rich by any means, but I don’t remember ever going without, either. My mom would say every year, ‘We’re cutting back this year. You’re not getting much for Christmas.’ We heard that our entire lives, and we’re like, ‘It’s fine. We get it. It’s no big deal. It’s not cutting back when you say and do the same thing every year. It’s just Christmas as usual.’

What made you start doing comedy?
Do you know how sometimes you’re called to do something? I just really wanted to do it for a really long time. It just grew and grew and grew. Finally, one of my friends was like, ‘Stop talking about it, stop being a pussy and just fuckin’ go do it.’ I had three minutes on stage, and I never wanted to stop. I haven’t wanted to do anything else since.

Do you remember your absolute worst gig?
That was Paducah, Kentucky — where all dreams go to die. It was in some hotel lounge. I was the middle act and supposed to do 30 minutes. I went up there and bombed so bad it was unbelievable. I walked off stage, and the headliner was like, ‘What are you doing?’ I was like, ‘Sorry that didn’t go well.’ He said, ‘You only did 12 minutes!’ It was so bad I thought I had been up for 30 minutes! The headliner ended up going onstage, warming up the crowd for me. Then, I came back out and did the remainder of my time.

Do you ever see yourself quitting stand-up?
No, I’ll never quit doing stand-up. Stand-up is like a drug, and you have to have a little bit of it all of the time to function normally. •