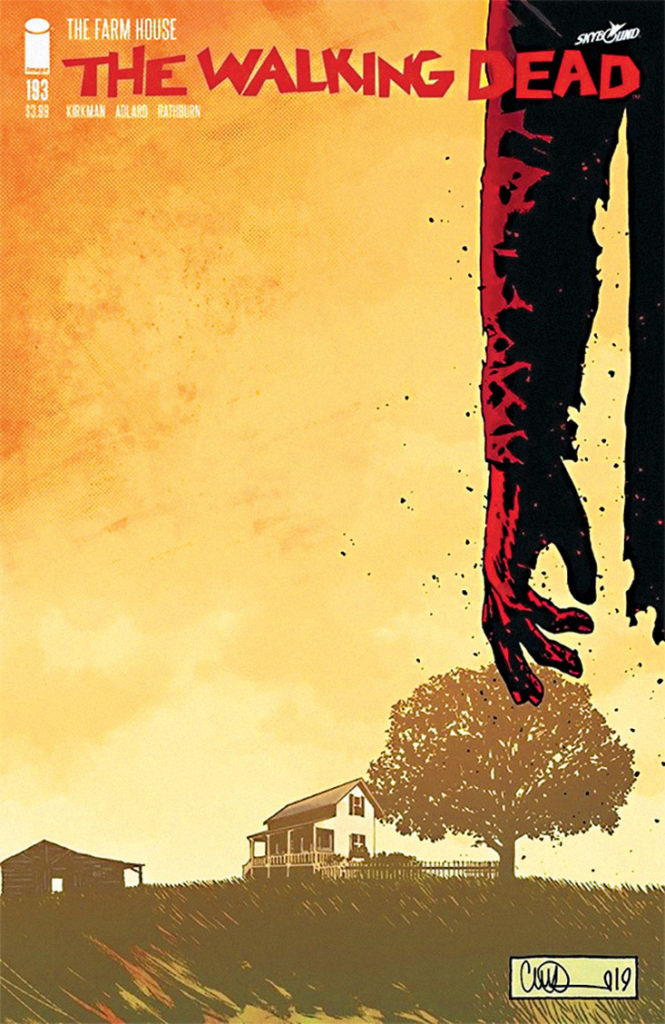 When “Walking Dead” No. 193 came in, surprisingly, we found out that it was the final issue, even though we’d already placed orders for Nos. 194 and 195. In his farewell notes in the back of the book, writer Robert Kirkman explains it was the plan all along. And actually, that’s believable because when his new comic “Oblivion Song” came in, it was completely unannounced. This guy loves surprises!

I don’t want to spoil the story, but I will say it takes place years after Nos. 1 through 192. There’s some drama, of course, but it’s short lived. This book is a kind of goodbye to the characters we’ve loved (and hated) and a perfect send-off that’s maybe not as dark as we’d all expected. If you’re a fan of the AMC show, and you haven’t read the comics but want to experience the culmination of this cultural phenomenon, you may be surprised by characters who are still alive, as well as some who are not.

After busting his way out from the stomach of his father, the heir to the frosty throne of Jotunheim takes what is rightfully his. Loki, freshly crowned king of the Frost Giants, rules alongside the freshly crowned All-Father Thor. But you can’t have a good Loki story without bountiful shenanigans.

The new series opens with the empty throne of Jotunheim, the only thing on it being a terse message to his people held on by a piece of tape: ‘be right back.’ Be right back from a gambling outing, that is. Already it’s evident that our beloved trickster god may not be the most responsible or devoted king. Of course it’s all downhill from there, a snowball of goofs. You can’t get more Loki than that.

“Loki” No. 1 looks like it’ll prove to be a story of an unlikely hero doing what he does best, with a hint of a team up (the sons of Odin are tied together, whether they like it or not). Of course, it comes with plenty of scolding from an exasperated Thor, who is apparently the only one concerned about protecting Loki’s throne.