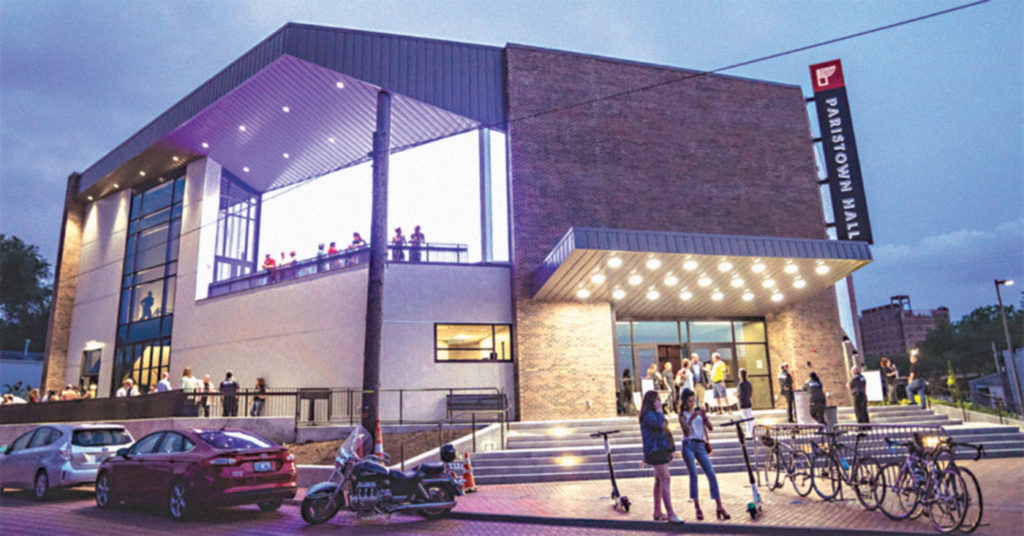 For a venue that can hold somewhere around 2,000 people, you can’t really have a bad view of the stage, no matter where you are, at Old Forester’s Paristown Hall, the Kentucky Center’s newly-opened concert space on Brent Street near Broadway. The two-story, standing-room hall is angled for depth — wide, whereas some standing-room venues are more shotgunned to be long. When I went to the Lucero show last week, it reminded me of a modern version of War Memorial Auditorium in Nashville (without the rows of balcony seats). The 28,000 square-foot Paristown is a big, spacious room with crystal clear sound. And the two extremely long bars, well-positioned along each side wall, also seemed designed to not cause buildup, with several kiosk stations, making getting a drink quick and easy. The balcony has a nice view as well, although general admission only allows you to be facing the stage, while VIP allows access to the sides.

The last time I saw Lucero was at Headliners, and the band was booked for back-to-back nights. The night I went was sold out and packed, but it would have made little sense to move Lucero to a bigger venue with seats, as they’re a rowdy alt-country band, drawing crowds that have a tendency to throw half-drank PBR’s on stage. And since Paristown is about double the size of Headliners, this was a natural fit. When I was talking to someone from Production Simple — the company that books both Headliners and Paristown — she said the new concert hall gives them a lot more versatility. And that’s probably the biggest takeaway: Besides being sleek and state-of-art, more importantly, the venue will unlock the possibility of seeing bands in Louisville that might have bypassed the city in the past. It’s not duplicating something we already have just to have something shiny. It’s filling a need.