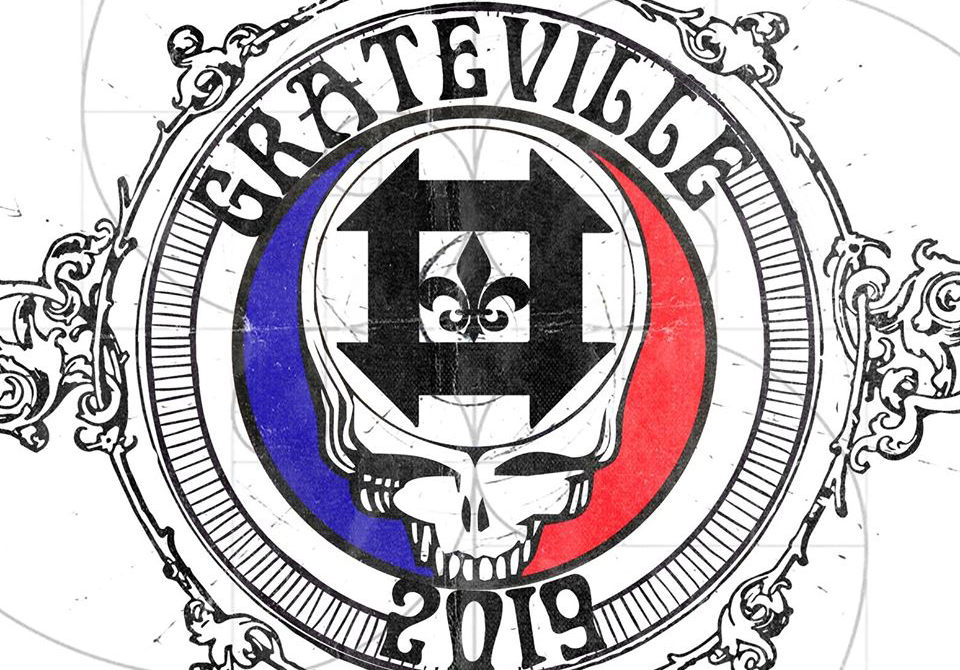 Are you a Dead Head? Do you long for the days of following a band across the country?

Celebrate the Grateful Dead’s legacy at Grateville Dead, a weekend-long festival hosted at the Brown-Forman Amphitheater. On Friday, July 26 and Saturday, July 27, enjoy classic tunes like “Friend of the Devil” or “Scarlet Begonias” while enjoying views of the Ohio River.

Started in 2015, the festival was started to honor Jerry Garcia and the Grateful Dead, hosted on Garcia’s birthday. The 1965 music group embodied the counter-culture of the 1960s and started a lasting cultural impact in their own right.

The inaugural festival drew over 2,000 attendees with minimal advertisements and only 30 days of planning. Now in its fourth year, it’s bigger and better than ever, featuring music from Stu Allen of Mars Hotel, Hyryder, Hot Brown Smackdown, Mama Said String Band, and more. Each night also includes an after party at a separate location with more musical guests like The Stolen Faces and Hog Operation.

In addition to great music and fun dancing, the event will also have food vendors, folk artists, as well as beer and bourbon from breweries like Goodwood and distilleries like Four Roses. A portion of the proceeds will benefit Squallis Puppeteers, the Waterfront Development Corporation, and the City of Louisville.

The festivities start at 3pm on Friday at the Brown-Forman Theater at Waterfront Park. Tickets are $25 for a Friday-only pass or $35 for the full weekend.