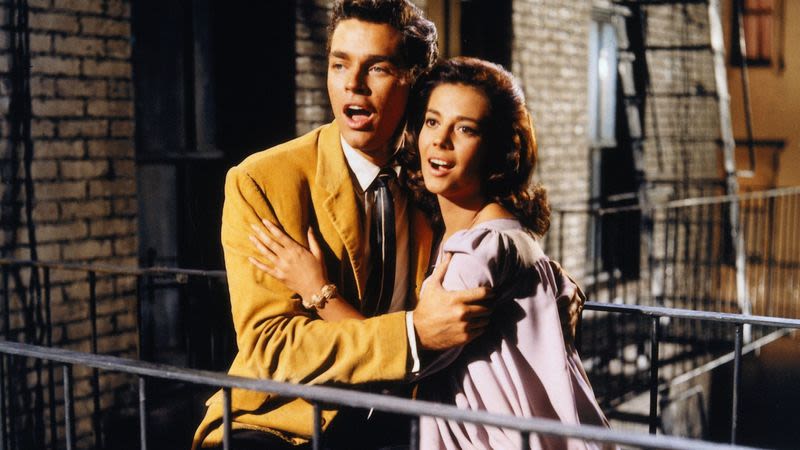 A promo still from West Side Story.

49th Annual World Championship Dainty Contest
George Hauck Way
Free  |  5-9 p.m.
This is how the organizers of Louisville’s annual Dainty Contest describe their event: “cheap beer,” “great music” and an “obscure Schnitzelburg street game.” Sounds good to us. The game is open only to those over the age of 45 to limit the number of participants. With a broom handle, competitors strike a pointy, wooden peg that’s lying on the ground, getting it to fly into the air, which they then hit again. The person to hit it the farthest wins a trophy and a prize, the person to hit it the least farthest… receives a basket of lemons. If you’re not into the athletics, enjoy beer from the All Wool & Yard Wide Democratic Club or Monnik Beer Co., grab a treat from the Louisville Dessert Truck or indulge in the traditional Dainty meal: a bologna sandwich, pickle and fresh pork rinds.

Keep it Classy: The Myths about Black Professionalism
Unity Church of Louisville
Free  |  7-9:30 p.m.
Diversity at the Table presents a discussion about how workplace calls for professionalism can alienate people of different social classes. This DATT session will address myths about black professionalism, covering topics such as black respectability politics, racism, hair politics, sexism, classism and social media etiquette. All people are welcome to attend the discussion. Food and drinks are provided.

Waterfront Wednesday
Waterfront Park, Big Four Lawn
Free  |  6 p.m.
The July installment of WFPK’s free Waterfront Wednesday concert series features The War and Treaty, a duo that uses breezy soul as a vehicle for their high-powered vocals. As always, the event features three acts, and this time, also performing will be versatile folk artist Haley Heynderickx and alt-country band Dave Ernst and The Early Favorites. Remember: You can’t bring coolers, glass, pets or outside alcohol, but you can bring food. And beer is for sale.

‘Friends’ Trivia
Tin Roof
No cover  |  7-9 p.m.
If you missed last weekend’s “Friends” trivia bar crawl or, hey, if you performed pretty well in it, Tin Roof is hosting a weekday round. “Friends,” is, of course, the ‘90s comedy featuring your favorite besties Rachel, Ross, Monica, Chandler, Phoebe and Joey. Teams are limited to six people.

Movie Musicals in the Park Presents: ‘West Side Story’
Iroquois Amphitheater
Free  |  8:30-10:30 p.m.
Sing your heart out at Iroquois Amphitheater’s summer movie musicals series with a showing of the 1961 film “West Side Story,” a take on “Romeo and Juliet” set on the gang-controlled streets of New York City’s upper west side. On Friday, catch a rated-R showing of “Sweeney Todd.”

‘Cleopatra: King of Queens’
Central Park
Free  |  8-10 p.m.
As one member of Kentucky Shakespeare told the audience at a showing of “As You Like It” to promote “Cleopatra: King of Queens,” “When do you ever get to see the Louisville ballet for free?” She’s right. It’s a rare opportunity to enjoy the world-class talents of the city’s ballet company without having to throw down some fairly serious cash. Here, they’ll perform a choreography-heavy rendition of Shakespeare’s play about Cleopatra, the real-life Egyptian princess, “who outwits the best and brightest of the Roman Empire while dodging the slings and arrows of her murderous siblings.” This is one of five consecutive performances starting on Wednesday.

Blacklight Art Making
NoCo Arts Center, Jeffersonville
Free  |  6-9 p.m.
Get glowing on a blacklight art project led by local artists. This event is for all ages.