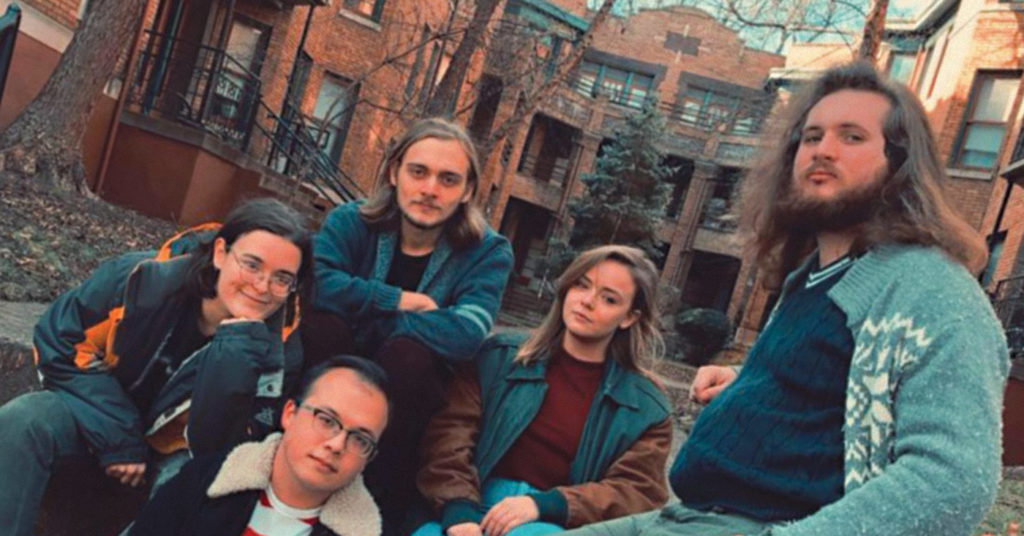 Quality Cable, who will be at 502 Originals Series: Indie Rock Night.

Below the Line
Tim Faulkner Gallery
$5  |  7-9 p.m.
Geoff Storts brings you shorts. This new, monthly film series from the Kentucky videographer features short movies created by locals. The first installment of the series highlights several films, including a documentary about the making of the fourth studio album by Canadian band Fond of Tigers and a fictional horror film about a girl whose family has just perished in a house fire. Drinks will be available for purchase from the Tim Faulkner Gallery’s Stopline Bar.

Ideal Bartender School Open House
Copper & Kings Distillery
Free  |  6-9 p.m.
In honor of esteemed black bartender Tom Bullock, who wrote “The Ideal Bartender” in 1917 and is credited with creating the Old Fashioned cocktail, Copper & Kings has been teaching this free, 15-week bartending course for the past two years. If that sounds pretty sweet (learning a new career path without having to incur student loans?!), then this is your opportunity. Get acquainted with the program by hearing from teachers and previous students and fill out an application. In the actual course, you’ll learn all about spirits, cocktail creation and bartending skills and techniques.

Kentucky Animals with Second Chances Wildlife
Highlands/Shelby Park Library
Free  |  4 p.m.
Sure, you can always go to the Louisville Zoo for your animal fix, but Kentucky has some cute critters of its own, such as the endangered gray bat. Second Chances Wildlife, which rehabilitates injured and displaced animals, will teach you all about them at this summer reading event for all ages.

Fourth of July Festivals
Locations and times vary
Free
We’ve all been told that freedom isn’t free, but celebrating it can be. Louisville Fourth of July festivities kick off early with the Crescent Hill and Locust Grovefestivals both starting at 10 a.m.

Outside the historic Peterson-Dumensil House in Crescent Hill, there will be an art fair, food trucks, inflatables, an opening flag ceremony and music with fireworks starting at 10 p.m. At Locust Grove, you’ll can party like it’s 1816 with appearances from Gen. George Rogers Clark’s soldiers, readings of the Declaration of the Independence, food, drink and a summer reading book sale.

Pick Up the Parks Day
Various locations
Free  |  8 a.m.
Fourth of July fireworks shows go late, and by the time you have to pack up and go home, some people just don’t feel like packing up. That’s why Louisville parks are often at their messiest the day after the July 4 holiday, and it’s why July 5 is Pick Up the Parks Day. Louisville Parks and Recreation invites you to patrol local parks and pick up litter. Anything you find can be left tied off in a bag and near park trashcans. Some recommended areas to clear are George Rogers Clark Park, Petersburg Park, Chickasaw Park, Berrytown Park and Highview Park. If you take a picture of your handiwork and tag @loukyparks on social media with the hashtags #LitterFreeLou and #brightsidelouisville, you’ll be entered into a park prize raffle. Who said volunteering was a thankless job?

Christmas in July Downtown Sidewalk Sale
Downtown New Albany
No cover  |  5-8 p.m.
Start your Christmas shopping early. Like, really, really early, with this sidewalk sale in downtown New Albany at which local businesses will be selling their wares outside.

Sasha Renee’s 2019 Summer ‘F.L.A.V.A.’ Tour
Zanzabar
Free  |  9 p.m.
Sasha Renee’s 2017 debut album I Am Sasha Renee recently earned her a spot on our list of 50 important albums of the last decade. Two years later, now the hip-hop artist has released an EP called F.L.A.V.A.. Catch her on her hometown stop promoting the record where she’ll be opened for by other Louisville heavyweights Otis Junior, Jordan Jetson, BRXTN, Wopsworld and Chanson. Because putting on a free show isn’t enough, Renee is bringing 100 tasteful and tasty gift bags to share with her audience.

502 Originals Series: Indie Rock Night
Mercury Ballroom
$5  |  9 p.m.
If you read our article about an increasing number of tribute bands playing The Louisville Palace and Mercury Ballroom, and you weren’t impressed, you might be more interested in this new, limited event series. Through August, Mercury Ballroom is hosting evenings of local music based around a single genre. This month, it’s Indie Rock Night featuring Darlington Pairs, Elephant Path and Quality Cable.

Poorcastle ’19 Official After Party
Kaiju
$5  |  11 p.m.
If Poorcastle is too expensive for you (which is pretty hard to beat at $7-$15 for dozens of local bands), the official after party is only $5… or free if you do have Poorcastle tickets. There will be drink specials and two performances from local bands, Delafaye and Baby Bones.