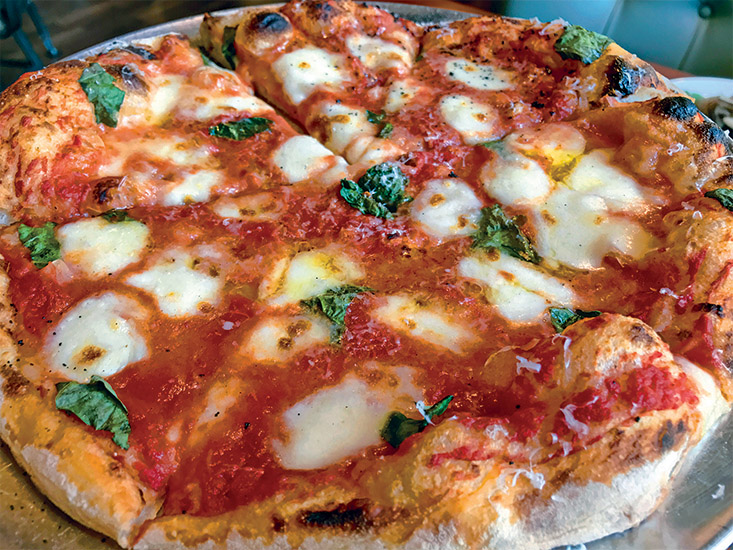 In 2010, Papa John’s unleashed a YouTube video, “Papa John places his first online order,” some 19 years after Tim Berners-Lee invented the modern consumer internet. Breaking the fourth wall, CEO John Schnatter invites you into his aristocratic mansion, Papa’s House, personally introducing you to their new “world wide website” as a giant bronze sculpture greets you, Chester Fields’ Majestic Courtship featuring two eagles fucking. Entering Papa’s Office, his young son Beau exclaims a half-hearted “Beau is in the house!” punching the air. With board meeting speak, Papa sells the new product for two minutes to his preteen son, gesturing emphatically “at Papa John’s, you always get great value for your money.” They engage in canned dialogue and an awkward, barely landed high-five after Beau teaches Papa how to order a “hallapenyas and meats” pizza with a “couple sody pops.” “Click of the mouse, Papa’s in the house,” Schnatter declares before telling the minimum wage delivery driver in the threshold of his Gilded Age foyer he’s already tipped him. Tonally congruent to Tim and Eric, it’s the funniest goddamn video. Look it up. Eight years later, Schnatter’s booted from his company for cavalierly throwing out the N-word during a conference call.

Papa is no longer in the house.

Such batshit optics are the perfect illustration of Louisville’s strange relationship with pizza. We’re home to two massive, international powerhouses that boast significant economic impact to our city serving a product that no one who isn’t stoned out of their gourd really likes. A long-running joke amongst locals, any empty Bardstown Road storefront is believed to become either a head shop or another befouled pizza joint. Dave Portnoy, the “Barstool Sports” perennial fuckboy whose pizza reviews launch 1,000 dipshit Yelp comments, trashes Louisville’s small local businesses to a national audience whenever he’s in town — often unjustifiably so — to which our fair city responds by literally inviting him to host a ticketed Derby week event at… another pizza joint (shouts out Sullivan’s). It’s almost as if we hate our own, and it’s strange.

Yes, Louisville’s pizza milieu is enigmatic at times. But it’s also remarkably robust, with many highlights. Like the rest of the food scene, Louisville’s offerings are generous for its size. The Post, Butchertown Pizza Hall and DiOrio’s serve up a traditional New York-style. Pizza LUPO, MozzaPi and Bar vetti master a Neapolitan style. For deep dish, Momma’s in Jeffersonville gives you a taste of Chicago. Tony Impellizzeri’s in New Albany and Impellizzeri’s in Louisville bake up Sicilian. The finest version of American pizza, Detroit style, can be found at a place known as New Albanian Public House, Rich-O’s or Sportstime depending on who you ask (how Louisville is that?). That’s just off the top of my head.

Centrally located and easily accessible to almost all markets with a recognizable approach to the craft outside Italy, Louisville contains multitudes. But does it have its own style?

“No,” said Jeremy White, editor in chief of Pizza Today. Yes, Louisville is also home to a large trade magazine about pizza. Starting as a newsletter across the river in 1984, Pizza Today is now an international trade magazine responsible for the largest pizza convention in the world, The International Pizza Expo, held annually in Las Vegas. VICE did a show on it.

“There are scores of styles, at least dozens,” White said. “America is a melting pot, which can be said also of food. Pizza is influenced by Italy, Greece and other parts of the world, and we’ve put our own spin on pizza that’s unlike anything you’ll find in Europe. New York and Chicago are the prominent ones, but you have so many styles — Grandma style, Detroit style, California artisan style” White said that while Louisville has many styles of pizza available, “none are native to here.”

“Louisville [restaurants] have put their own spin on certain styles, but it’s still derivative of pizza that originated elsewhere,” he said.

Asked what the rubric is for a pizza having a distinct geographic style, White said it often “comes down to the dough formulation and the specific ingredients that comprise the dough.” “It could also come down to the fermentation of the dough, the thickness of the dough or one or two unique ingredients native to an area that aren’t utilized elsewhere in the country,” he said.

So, there you have it.

Despite serving pizza as early as the ‘50s with Calandrino’s and Highland Italian and being the home of significant international pizza infrastructure, Louisville doesn’t have a style it can call its own. Well, we’ll see you later!

Oh, we couldn’t end the piece like that! While the experts have their take, we can bend the rules a bit in Trump’s America and explore possible entries for what could be close to Louisville-Style Pizza, or what could be our style of pizza if we move the goalposts.

Ohio Valley Style: Interestingly, there is an Ohio Valley Style in which a baked, square pan of pizza dough comes topped with cold cheese and accouterments. That take on pie already existed in places such as Pittsburgh and Connecticut, though. Additionally, it does not seem to exist in Louisville and sounds nasty as hell to boot. Stricken!

Impellizzeri’s: Serious Eats, Uproxx and The Louisville Cardinal have all quoted owner Benny Impellizzeri as developing the “Louisville-Style Pizza,” by “double up the layering of toppings and cheese” back in the ‘70s. If, and only if, he were the first to come up with this idea, then sure, that’s Louisville style. Otherwise, an inch of cheese is just extreme Sicilian pizza. Granted, this city appreciates extreme when it comes to horse racing, hotel building or humidity, so maybe that argument works on some level. That’s a stretch. Great pizza, but a stretch.

Tony Boombozz: This well-liked and rapidly franchising Louisville chain has brought home a number of awards and curries favor with locals who appreciate its diverse pie variety — from traditional Italian flavors to pizzas topped with carnitas, smoked brisket and even avocado. Boombozz, just like Louisville, has a bit of an identity crisis. Its menu showcases elements of chef-driven gourmet as well as approachable family style. Some resemblance of the classics poke through, as well as some wild shit too (their Fire Roasted Chicken, a fusion of old world Mexican and Italian style, is a favorite of mine). Ultimately, it’s an amalgam too broad, without a distinct crust, per Pizza Today’s position, to warrant the Louisville Style distinction.

Bonnie & Clyde’s: Designed like a VFW hall complete with ordering window, wood paneling and a rejection of credit card convenience, this no-frills eatery tucked away off Dixie Highway sports the feel of a truly old Louisville. It has been in business a half century, after all. The ingredients list features the staples, but also some choice left-field options such as anchovies, Polish sausage and salmon. The pie itself is generous with ingredients and hardy like a family Greek style with a bright sauce. What truly sets Bonnie and Clyde’s apart is the crispy crust with caramelized edges. Think venerated Chicago pizzeria Pequod’s, the anti-Gino’s, but much thinner and cracker-like. You would be hard pressed to find a more original take on pizza. If frozen pie purveyor Outsiders Pizza Co. can proclaim Milwaukee has a pizza style, why can’t Bonnie & Clyde’s be ours?

Papa John’s: As the sage Sir Randy Jackson once pronounced, “Yeah, that’s gonna be a no from me, dawg.” Laffy Taffy ass chewy crust. Do not let Papa in the house. Or Dave Portnoy for that matter. •