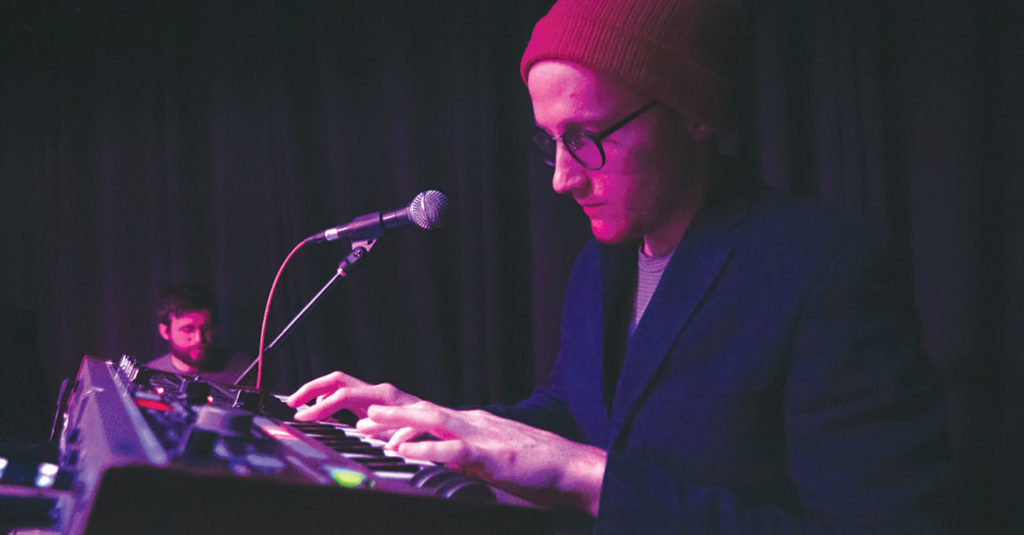 About a year ago, Soft Self Portraits leader Cody Johnson found himself in an unhappy place. Or rather, a complacent place. He’d been humming along through life when a breakup and an unexpected job transition gave him pause to consider his situation. He looked around for ways to push himself in new directions, and as a result sat down and created Soft Self Portraits’ latest single, “Comfort Disrupt.”

“I was stuck at a place and was really looking for something outside of the usual comforts,” Johnson said. “I was lost in thought, anxious and just wanting something new. It’s weird because I guess I was comfortable, but not the right comfortable. Comfort in a bad way, just feeling content and complacent. I needed to disrupt that comfort. It’s not like I had an epiphany, exactly, but it was like opening the door to, ‘you don’t have to be comfortable and stuck and normal. You can see what else is out there and change and grow.’”

Johnson describes Soft Self Portrait’s music as “heartfelt dream pop” and “Comfort Disrupt” certainly fits the description. The first half of the song exists in a loose, slow-tempo slumber with an ethereal synth underpinning Johnson’s airy croon. But, just when the song has become comfortable — when we think we know what to expect — it sheds it skin and slithers into an unexpected, jazz-infused prog-rock coda full of dark, sinister riffs and technical leads.

“It’s almost like two songs put together — it’s cool,” Johnson said. “It was something that I recorded on a little loop pedal I had and built a song, and then we played and practiced a few times. It came together probably in about a week or two. It was pretty quick. I was playing around the keyboard and found a cool melody that fit and then put some little drum machine effects to it and then started reciting what was on my mind at the time. I was listening to a lot of Beach House and a guy named Advance Base. You know, low-fi, synth, drum machines and a lot of layered vocals.”

True to its purpose, “Comfort Disrupt” has also been instrumental in helping Johnson and his band break out of their musical shells. Creating the song urged them to move beyond their regular lineup and instrumentation that they have relied on since their debut. It’s also their first song to feature guitars.

“I had my buddy Harris [Minstein] come in and he took over our keys and I picked up the guitar,” Johnson said. “At first, I really wanted it to be a keyboard-only band, and then after an EP and then an album I was like, ‘Well, we had some new members, I might as well change it up a little bit, too, and bring in some guitars.’ Plus, Harris is insanely good at keys, so I figured like why not just have him take over that. Don’t keep the tiger in a cage, I say, and just let him be free and do what he wants to.” •