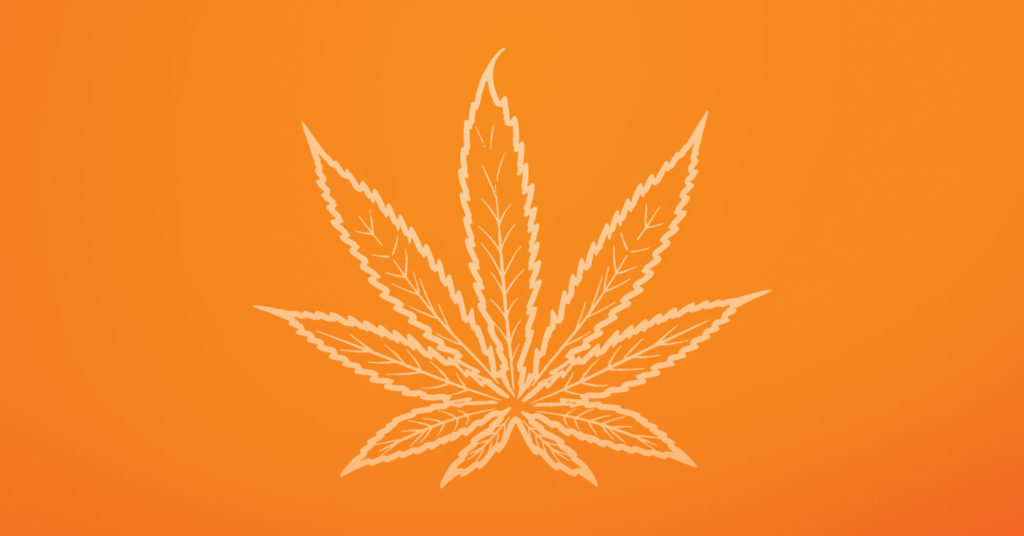 By the time you read this, the Metro Council likely has voted on an effort to make possession of small amounts of marijuana the lowest law enforcement priority for city police.

But even if they have approved the ordinance, hold off on rolling a celebratory joint outside City Hall — some say the policy changes nothing because officers could still hand you a citation at their discretion.

And if the council voted down the ordinance — well, that’s sort of par for the course in Kentucky, a state where a law for medical marijuana use, let alone decriminalizing recreational use, just can’t seem to get passed… yet.

In Louisville, there’s exasperation over Kentucky’s handling of marijuana.

“I think it’s far beyond time that our Commonwealth come out of the dark on this issue, casino gaming — there are several,” said Councilman Mark Fox, D-13.

But there was discord on the local level, too. Fox opposed the marijuana ordinance, sponsored by five of his fellow council members, including Brandon Coan D-8.

The ordinance asks officers effectively to ignore possession of marijuana in amounts of one-half ounce (14 grams) or less as long as the owner is 21 or older, not driving under the influence and not trying to sell the marijuana. It also would not include marijuana offenses related to acts of violence or those that pose a threat to public safety.

Ordinance sponsors said their rationale for the ordinance is that enforcing marijuana possession laws costs taxpayers needlessly and hurts residents by saddling them with criminal records, while doing little to deter drug abuse. During council hearings, more than one of the ordinance sponsors cited a recent Courier Journal analysis that found black motorists were cited for marijuana possession at six times the rate of white people in 2017.

Coan said that the ordinance would “effectively” decriminalize marijuana possession. True decriminalization is up to the state, he said, although some cities across the country, including Cincinnati have done so on their own.

Kentucky does give law enforcement the authority to use their discretion when deciding how to enforce laws, Coan said.

“What this ordinance does, and what we’re fully entitled to do is tell the police how we want them to exercise their discretion in this discrete case,” Coan said at a June 19 Public Safety Committee meeting on the ordinance.

Officers would not be penalized for failing to issue citations or make arrests.

Coan said officers should continue to cite individuals for “irresponsible” use — like, “bong rips on the playground in a public park.”

Fox, a former police major, said at the committee meeting that he worries this will cast a “cloud of the unknown” over marijuana offenses for police officers and citizens.

“What’s going to happen when one of our citizens think it’s decriminalized, goes out into a park and fires up a joint and finds themselves arrested or cited or somehow otherwise introduced to the justice system, which is certainly in the purview of our police officers to do?” he asked.

Fox said he supports legalizing medical marijuana, but it and decriminalization should be up to the General Assembly.

A Louisville police spokesman said officers already consider possession of small amounts of marijuana to be a low priority… but, the law is the law.“Officers are free to use their own discretion and, over the years, the number of citations has been decreasing. However, marijuana is still illegal in Kentucky, so we are required to enforce the law,” said Dwight Mitchell, a spokesperson for the department.

But Coan believes his ordinance would bring change. Officers are still issuing many citations every year for marijuana possession, Coan said. At the public safety meeting, he cited LMPD data that showed 1,998 citations were issued during traffic stops from January 2016 to May 27, 2019 for possession of marijuana in amounts less than 14 grams.

Council President David James, a co-sponsor of the ordinance and former police officer, said that he believed the proposed rules would not change how officers work, but enacting it into law would ensure that future administrations don’t change the policy.

If council members reject the ordinance, they will join Kentucky lawmakers who refuse to pass marijuana-related legislation even as legal acceptance of cannabis grows in states across the country.

A few bills were filed in the General Assembly this year to decriminalize marijuana and legalize medical marijuana, but all died before the end of the session.

Rep. Jason Nemes, a Republican who serves part of Jefferson County, was one of the sponsors of the medical marijuana bill. The legislation had 53 cosponsors, an uncommonly high number, he said, as well as a 16-1 vote in the House Judiciary Committee, but the short session and disapproval from Senate leadership ended hopes of passing the bill on time.

Senate President Robert Stivers, a Republican from Manchester, has said he needs more medical evidence of marijuana’s efficacy to support the legislation.

“We’ve got an overwhelming number of states that have passed medical marijuana,” he said. “Kentucky’s not inventing any wheels here. We’re actually behind.”

Thirty-three states and Washington, D.C. have legalized medical marijuana in some form, including Kentucky’s neighbors, Ohio, Illinois and West Virginia.

Nemes plans to host hearings on a new medical marijuana bill during the interim session this summer with hopes of passing it quickly out of the House when the regular session begins. He’s still not sure if the Senate would approve it. He declined to voice an opinion on decriminalization, saying he doesn’t want to muddle medical marijuana efforts.

Rep. Charles Booker, D-Louisville, proposed a bill last year to transform misdemeanor possession of small amounts of marijuana and drug paraphernalia into a pre-payable, noncriminal fine of $100 or 15 hours of community service. His legislation died in committee, but the lawmaker said in an email that he’d prefile another decriminalization bill soon. Twenty-four states have fully or partially decriminalized marijuana. •