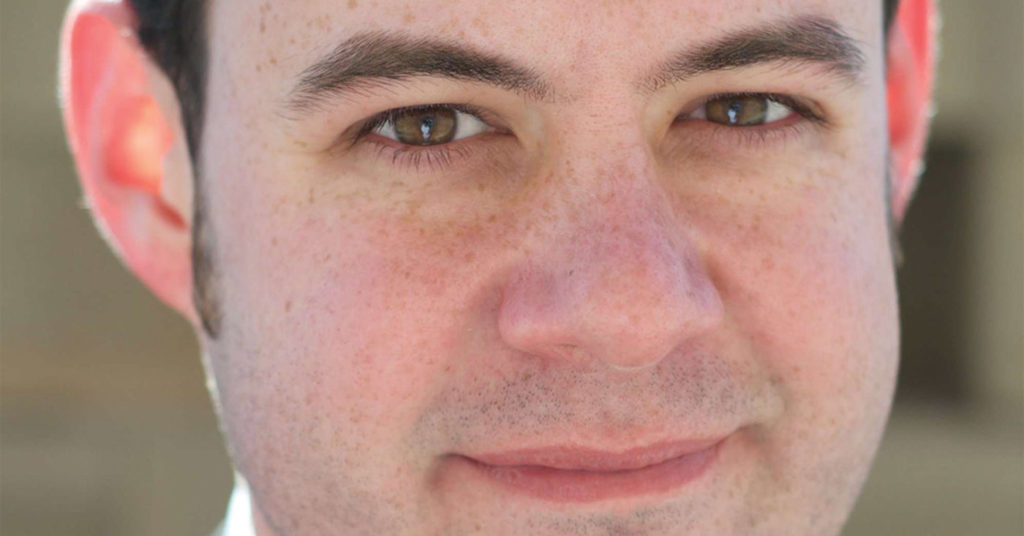 When we caught up with stand-up comedian Kevin McCaffrey, his car was broken down in a McDonald’s parking lot outside of St. Louis, Missouri. “I don’t know anything about cars, but when the front end fell out, I figured a mechanic was in order,”said McCaffrey, whose appearances include “Late Night with David Letterman.” He also hosts podcasts “College Stories with Kevin McCaffrey” and “Sex and the Cidiots.” McCaffrey headlines at Comedy by the Bridge at The Refinery in Jeffersonville.

LEO: Have any memories of Louisville?
Kevin McCaffrey: Louisville is the first place I got booked for a whole weekend in 2008. It was the first time I felt like a professional comic, and then they got me bourbon drunk. I mean, I don’t need much help to get bourbon drunk. It’s kind of my default state. So, we’re a good fit, Louisville and me.

When did you decide to be a comedian?
When I was growing up, there were really only two jobs I wanted. First, was to play for the Bulls. When that didn’t happen, it was comedy. I was a huge David Letterman fan. I was a real nerd about him from a really young age. I was just into comedy, late-night comedy, specifically. Then, I went to college at Ball State and hosted a late night show there for four years. But yeah, it was basically the only job I’ve ever really considered. Well, that and playing in the NBA.

It had to be surreal to be on ‘Letterman.’
Oh, very much so. It was a real bucket list thing for me. Oddly, the day of the taping, I wasn’t that nervous. I think part of it was the fact that it was so surreal. It felt like, in the story of my life, this part just has to go right. There is no other option. If it goes badly, I’m done here. I’m checking out.

Have any nightmare gigs?
I did a one-nighter in Winston-Salem, North Carolina. It was at a sports bar during the NBA finals. It was the Lakers and Celtics that year. The stage was in front of this massive projection screen where they were showing the game. Everyone’s watching it. To start the gig they rolled the screen up in the middle of the game and just sent us out to perform. We were a very physical replacement of something they enjoyed with something they hated. Like, ‘Hey, remember that game you were enjoying? We’re not doing that anymore. Now, listen to this guy tell jokes about his mom.’

Tell me about ‘Sex and the Cidiots.’
It’s me and another comic named Jon Daly. Not the golfer. They are similar, though, especially in their size, wardrobe … Anyway, we’ve never seen ‘Sex in the City.’ So, we’re two married dudes, married to other people, that is, and we’re navigating our way through the entire series of ‘Sex in the City.’ It’s been really fun. And I’ve never had so many women slide into my DMs just to talk about ‘Sex in the City.’

How do you feel about politics in stand-up?
I feel like, if you weren’t someone who was passionate about it before, you probably shouldn’t try and write about it now. And if you were, then keep doing it. You have to write about what you love and what you’re interested in. Otherwise, you will suck at it. You can only do what you do. And look, I know liberal snowflake is a term they like to use. However, there are no bigger babies than Trump fans in an audience if you say anything. They are the sobbiest little bitches. It’s insane. •