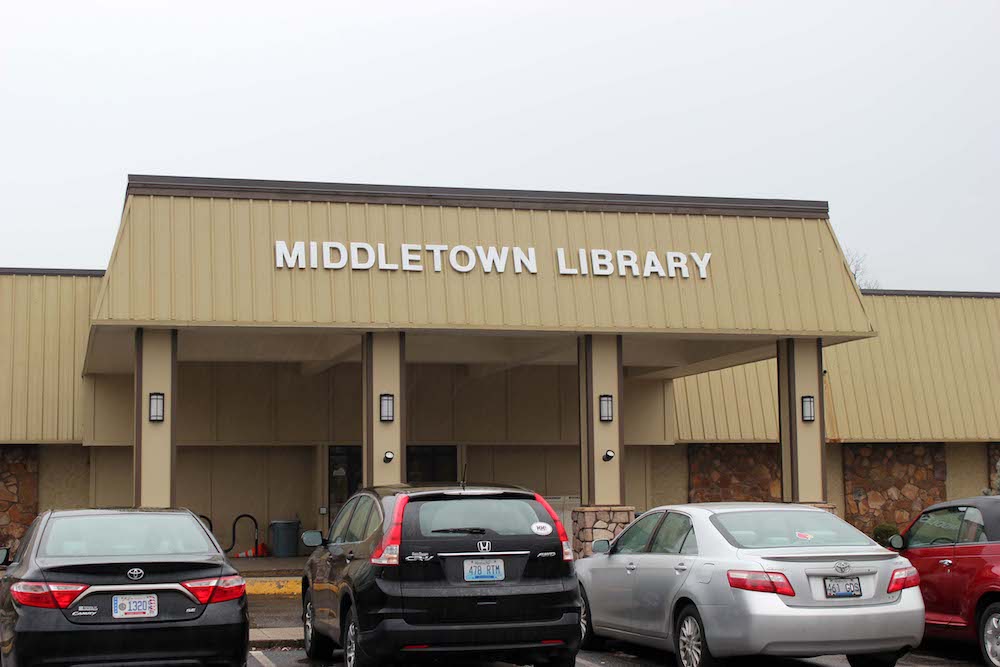 “For two reasons,” he said.

No.1: He thought the mayor’s initial plan would change by the time he filed his official budget proposal in April.

And No. 2: He felt that there was money to be saved in other areas of government that could be redirected to libraries.

So, Piagentini voted against the tax increase that would have cost the average property owner about $12 more per month and which Fischer said would have saved the city from drastic budget cuts. But Piagentini, R-19, doesn’t like all that’s happened since.

Last week, the impact of the no vote became even clearer for him.

Facing a $2.2 million system-wide reduction in library funding, the Middletown branch located in his district is set to close June 19, and the Fern Creek library closed June 1.

“I’ve always said, even during the tax debate, that libraries to me are part of the small group of what I consider essential public services: police, fire, EMS, libraries,”Piagentini told LEO.

Gail Dow, the Friends of the Library liaison for the Middletown branch, wishes the tax had passed.

“While no one likes tax increases, there are times when they are the lesser of evils, and now is one of those times,” she said in an email.

In addition to the branch closures, all but the Main Library downtown and three regional libraries will see their hours reduced and close on alternating weekends starting July 1. (Here are the new hours.)

Piagentini doesn’t want any of this to happen; he wants the Louisville Free Public Library System to receive full funding. He’s working with Middletown Mayor J. Byron Chapman to find a replacement location for the library once it closes.

So far, budget cuts have forced the closure of all four city pools this summer, the June recruit class for the Louisville Metro Police Department has been called off and Metro employee’s benefits are already being cut.

Library Director Lee Burchfield told council members last Wednesday that Fern Creek and Middletown libraries were chosen for closure primarily because they were two of five libraries located in leased buildings. Other factors that doomed them: the population density in their service area and the cost to operate the two locations.

Piagentini isn’t the only tax rejector with a soft spot for libraries.

In all, every Metro Council Republican and eight Democrats voted against the tax increase. At the budget committee hearing for LFPL, a few of those council members, Kevin Kramer R-11, Paula McCraney D-7 and Piagentini said they want to find a way to keep the libraries open. In a statement, council members Stuart Benson R-20 and Robin Engel R-22, Fern Creek’s council person, said they want the libraries fully funded.

But Burchfield told council members that they were too late to keep Fern Creek and Middletown open. He said he must close them before the final budget is adopted June 25, to get out ahead of the impending funding cuts.

“If it were left up to me,” said Burchfield, “I would have a library system with 30 branches. But the problem is we have to pay for all of that.”

Middletown workers will help staff the Northeast Regional Library, Burchfield said. And because Fern Creek library’s lease is up in about 30 days, everything needs to be moved out of the building. Middletown’s lease doesn’t expire for almost another year, but its landlord is free to search for a replacement tenant.

At the budget hearing, Burchfield noted that Louisville’s operating income per citizen is $27, while peer cities, Indianapolis and Cleveland pay $54 and $132 per capita, respectively, on libraries.

Piagentini still believes the city budget could be tightened or expanded to make way for library funding.

As far as efficiencies go, he’s interested in contracting with a private company to manage Louisville’s parking system, and he’d like to drop some programs he sees as ineffective, such as the Office for Safe and Healthy Neighborhoods violence interrupter initiative.

To generate more revenue, Piagentini would like to enforce Louisville’s rules regarding visiting performers paying out-of-county occupational tax to the city, and he said he wants the legislature to allow Louisville to enact a consumption tax at restaurants and bars.

“There’s plenty of other areas… where there’s money being spent on lower priorities and less efficient government services that we should reallocate to libraries,” he said.

But even if the council scrounges up funding for LFPL, Burchfield said he would prefer to maintain the hours for the still-open libraries, rather than reopen the Fern Creek and Middletown branches.

Piagentini said that Middletown and Fern Creek libraries serve some of the fastest growing areas in the city, and their circulation numbers reflect that.

So far this fiscal year, Middletown has the highest circulation out of 18 libraries with 365,798 books, movies and more leaving and returning to the branch since July. That, Piagentini recognizes, is partly because the popular St. Matthews library closed for renovations, diverting patrons to Middletown. But even last year, Middletown had some of the highest circulation numbers, second only to St. Matthews.

Along with the Fern Creek library, which had the ninth highest circulation in the system with 130,995 checkouts, circulation transactions at the two libraries accounted for 20% of all that have occurred in the system this year (excluding e-books and bookmobiles).

Middletown also has the third highest number of registered patrons, with 27,067, while Fern Creek ranks eighth with 19,716.

When it comes to public computer use, though, Middletown and Fern Creek don’t serve as many people. Only 24,572 computer sessions were logged at Middletown and 21,607 at Fern Creek, ranking the two libraries at 11th and 12th, respectively, from May 2018 to April.

Still, the Friends of the Library liaisons for the two branches say that the closings will be a loss for their communities.

“It’s just sad, it really is,”said Dow, who is a retired librarian. “I don’t care if you’re a toddler just learning to read or old and decrepit like I am — libraries are vital resources.”

Bette Strange said her neighbors use the Fern Creek library to hold meetings, use the printer and meet with tutors.

The patrons of the closed libraries have nearby options for books and computers.

Fern Creek is 11 minutes away from the Jeffersontown Library, and Middletown is 12 minutes away from the Northeast Regional Library. But that branch doesn’t open for another three weeks on June 24. And while those libraries may be easy to reach by car, it won’t be as simple for those without transportation, Dow said.

Neither Dow, Strange or Piagentini believe other Louisville libraries deserve to close. But they’re especially saddened — and in Piagentini’s case, angry — that theirs have.

“I’m just saying, if we’re using a rationality test on their decision, we didn’t pass it,” Piagentini said. “It doesn’t pass the rationality test. And I would have rather the mayor waited until Metro Council’s finalized this budget and then made the decisions necessary to move forward.” •