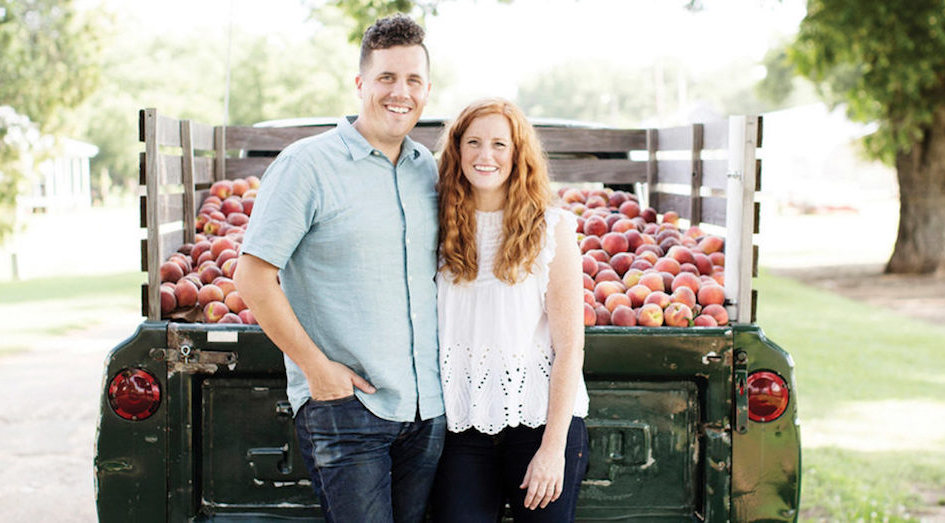 With apologies to T.S. Eliot, the Roses want to answer the poetic question definitively — but they impose a condition: It depends on where you got the peach.

For years, the husband-and-wife authors of this book have spent their summers driving around the Ohio and Tennessee valleys, distributing the best peaches they can find (which happen to be from the farm country of Georgia, where Stephen Rose grew up). The Peach Truck Tour is now an annual caravan where these two sell half-bushel boxes of fruit at a hundred or so locations, including Louisville (go to thepeachtruck.com for more information). The Roses will be at Carmichael’s Bookstore on Thursday, June 27, for a reading, signing and discussion of their new cookbook, before their mid-July peach-peddling stops in town.

So, how good can you make a cookbook about one of the stone fruits? Turns out that you can produce quite the quality affair if you have personal passion for peaches, plus some good taste and discipline in book design.

The story of this couple’s entrepreneurial rise — and the many ways that their familial legacies led them to be unique celebrants of their particular product/produce — makes for some nice, if predictable, essay writing between the many recipes. There’s some appreciation for the current state of the food scene in their home base in Nashville, and some of the recipe ingredients are favored brands, so things get a little bit parochial among the pages.

But the photography and the paragraphs introducing each dish before the recipe begins — these are world-class.

The introductory chapter has a few listicle-type pieces (e.g., a historical timeline for Georgia peach growing), and there might not be enough hidden in the corners to appeal to the geeky hordes who love to read cookbooks but never themselves make anything other than restaurant reservations. But then there are a generous 100 recipes in eight categories, with instructions given clearly and carefully. Overall, there is no way that this wouldn’t be a pleasant surprise if given as a hostess gift at your family reunion picnic.

The most fascinating chapter is “Pantry.” This covers the multitude of ways peaches can be preserved, reconstituted and made into spreads, condiments, etc. You could’ve guessed that there’d be a Peach Chutney and Peach Bourbon BBQ Sauce. But a Peach Mostarda to go along with your charcuterie platter? I never would have thought that candied peaches make a heavenly complement to mustard, if prepared just so.

Every chapter has its share of the exotica to hold the jaded interests of foodies, alongside clever and richly sweet variations on the very familiar. If Sweet Sorghum Grits isn’t your thing to start the day, then you could try to employ peaches in a stack of buckwheat cakes. And at the other end of the day, Peach Prosecco Granita is the lightest touch of decadence — but Jessica Rose sees it as just a variation on 7-Eleven Slurpees, which she used as a self-reward since she first started mixing food and hard work. Because she spends hours upon hours in a truck, I certainly wouldn’t deny her any of the many scrumptious treats she’s offering up to customers and cooks. •