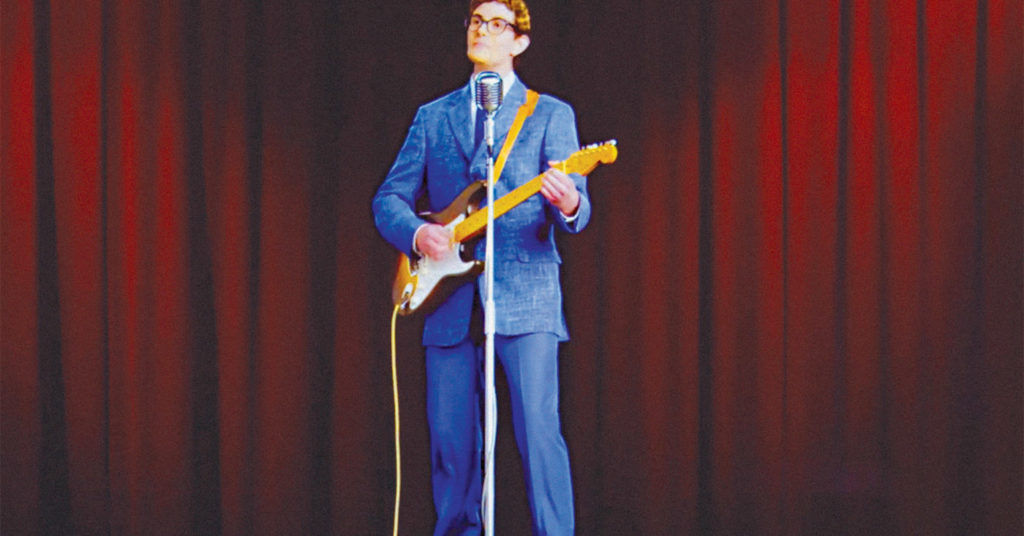 When a digital rendition of Tupac was projected onto a stage with Snoop Dogg and Dr. Dre at Coachella in 2012, there was range of reactions. Some people thought it is was brilliant. Others thought it was ominous and creepy. But, something it certainly was: a look into the future of live entertainment. And now, seven years later, with better technology, we’re about to experience the first generation of digitally-produced, full-scale concerts of deceased musicians via holograms. On Oct. 30, the “Roy Orbison and Buddy Holly — The Rock ’N’ Roll Dream Tour” comes to The Louisville Palace. Holograms programed to mimic the two influential Texas songwriting legends — both of whom died several decades ago — will perform for somewhere between 75 and 90 minutes, with remastered audio, while backed by a live band.

Even if five minutes of a Tupac hologram did add value to Coachella 2012, holograms no longer feel like an interesting, yet faulty gimmick, where musicians can bring out the ghosts of their late friends for a quick, unique turn during a concert. Now that concerts are being centered around the scripted holograms, it feels more like a stale cash grab and misplaced nostalgia. While all three aforementioned musicians are undoubtedly important, they’ve also left a ton of art for us to consume — it’s now easier than ever for younger generations to dive into the history of music.

In a statement, Buddy’s wife, María Elena Holly stressed the importance of the show: “Their long-time fans and a new generation of fans will now have the opportunity to see these great legends perform together in a unique setting, showcasing two of the finest, most influential, and beloved artists in music history.”

But, framing hologram concerts as necessary or educational isn’t really accurate. This is allowing icons to be repurposed for shows they had no input in. The end results aren’t really concerts, but something closer to a best-of playlist mixed with a Las Vegas magic show. Take what The Daily Telegraph’s music writer Neil McCormick wrote about last year’s show by the Orbison hologram at the Hammersmith Apollo in London. His review praised the visuals and audio for being well executed but criticized the energy and audience-performer connection as nonexistent and awkward.

“Applause was underpinned by nervous laughter, as if everyone in the room was struggling with the irony of audibly endorsing someone who wasn’t actually there to appreciate it,” McCormick wrote. “As live shows go, it was about as dead as could be.”

“The aesthetic design of humanoid animations, lifelike dolls and robots struggles to overcome something known as the Uncanny Valley Effect,” McCormick wrote later in the review. “This postulates that the closer replicas get to reality, small gaps in verisimilitude elicit feelings of eeriness and even revulsion in observers. It perhaps accounted for the unwillingness of 3,500 fans in a sold out venue to completely suspend belief and really participate in the live experience.”

Think of the best live shows that you’ve ever been to. I remember the balcony of The Palace shaking during Prince’s final performance there. Or kids climbing into the rafters during a wild White Reaper show. And if I kept going down the list, every example of my favorite concert pertains to the raw energy and unpredictability of human beings. It’s doubtful that you’ll ever experience that from a hologram. And it’s probably even more frightening if you do.

“What the fuck is up, Coachella,” the Tupac hologram said as it rose up onto that Coachella stage back in 2012. That weirded some people out since Tupac died about three years before the first Coachella festival, meaning he never said those words. It’s worth noting that the families of Tupac, Holly and Orbison have all endorsed these holograms, but minimizing these artists’ personalities by allowing tech companies to redevelop them cheapens the experience of live music. •