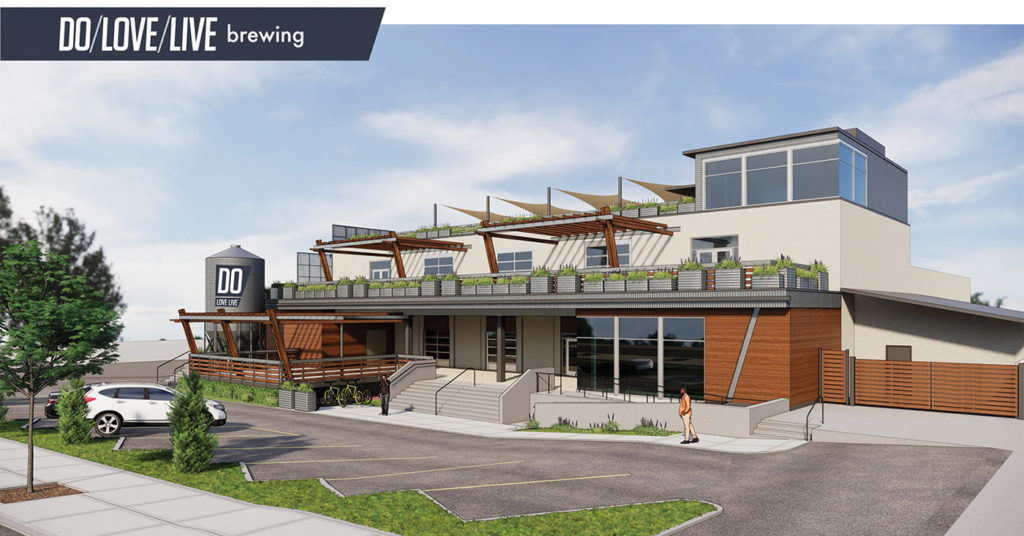 A rendering of DO/LOVE/LIVE Brewing in the Dryden Provisions Co. building at 1016 E. Washington St.

It’s no secret that German culture and tradition both run deep in Louisville. The German-American Club’s biweekly biergartens, citywide Oktoberfest celebrations, NuLu’s Bockfest and an entire neighborhood named “Germantown” proves that. But one Louisville business celebrates a German beer tradition that no other business is doing in the country — Kölsch service.

Every Wednesday and Thursday at 5 p.m. during the summer, Holy Grale at 1034 Bardstown Road hosts Hot Sünner Nights! in its outdoor biergarten. The event, which has been going on since 2013, brings the taste of Cologne, Germany to Louisville, Kentucky on a weekly basis via Kölsch service. In other words, bottomless Kölsch beer brewed by the German brewery Gebr. Sünner GmbH & Co. KG, the brewery responsible for brewing the first Kölsch around 1900.

“A Kölsch service is the way you would experience the Kölsch beer in the city in which it was brewed in Cologne, Germany,” said Jessica Fey, Holy Grale’s marketing director. “There [in Cologne], restaurants serve Kölsch in 0.2-liter [7-ounce] glasses called stanges. Köbes [servers] come around to the tables and place a full glass of Kölsch next to a glass that is nearing empty so that the beer’s drinker never has to wait for a fresh ale.”

This guarantees the beer never warms up too much and is always fresh from the tap.

Each time a stange is replaced, a tally mark is written on the drinker’s coaster. Finished drinking? Place the coaster on top.

“Kölsch service is something everyone needs to experience at least once. But we know once someone experiences it, they’ll keep coming back. It’s so uniquely German,” Fey said.

Patrons who have visited Cologne admit to Grale staff that Hot Sünner Nights! transports them back to those experiences in Germany — mingling with strangers at large bier tables and enjoying bottomless fresh beer together.

“There are a number of German expats in Louisville who have come for Kölsch Night. They come for the nostalgia of home! One in particular is a gentleman from Bavaria who comes almost every Thursday. He discovered Kölsch night at Holy Grale a few years ago and was lured with the promise of real, German Kölsch,” Fey said.

The expat mentioned above is Dr. Manfred Schmidt.

“Their little biergarten nestled in between two, old brick buildings is a real treasure… an inviting place,” Schmidt said. “The German word ‘gemütlich’ describes it the best … in general it means cozy, comfortable, homely. In short, a place you like to be.”

In addition to the atmosphere, Schmidt said, seeing Sünner Kölsch on tap and its accompanied traditional service is why he keeps coming back to Grale every week.

When asked if there are other establishments putting on Kölsch service in the region, Fey said she does not know of any other place in America doing what they’re doing at Holy Grale, certainly not as regularly.

Hot Sünner Nights! is a weather-permitting event. If it’s a nice night, hanging out in a biergarten and drinking great Kölsch for $2.50 per 7-ounce glass? You’ll feel like you’re in Germany in no time.

A new brewery is set to open in the Butchertown neighborhood in March. DO/LOVE/LIVE Brewing will open at 1016 E. Washington St. in the former Dryden Provisions Co. and will offer a beer garden, a rooftop deck with a 360-degree view of the city and a second-story balcony.

The name is a shortened version of “Do good, Love big, and Live now,” and is taken from the ownership’s nonprofit organization in Sacramento, California.

“We started DO/LOVE/LIVE with the spirit of giving back by providing 100% pro bono fundraising, launch, and strategic marketing counsel to nonprofit organizations. We’ve helped raise over $450,000 for military/veteran-focused charities and charities focused on curing rare childhood diseases such as Niemann-Pick type C,” said Dave Childress. “We also have a passion for and experience in the craft brewing industry. DO/LOVE/LIVE Brewing is the next chapter in our story, and we can’t wait to share it.”

DO/LOVE/LIVE’s 22,000-square foot former meat storage building will undergo a $5.5-million remodeling for the brewery. The location was chosen after a two-year national search and was influenced by the Louisville City FC soccer stadium being built in the neighborhood.

Once up and running, the brewery plans to produce 1,500 barrels of beer annually on a 20-barrel system.

The fifth annual Jeffersontown Summer Craft Beer Festival is Saturday, June 29, from 4 to 8 p.m. in the heart of downtown J-Town at the Pavilion. This is a rain-or-shine event that features more than 40 craft breweries, wines, food trucks and live music.

A couple of big brews are making it out to the festival this year, including a timed tapping of Braxton Brewing Co.’s Dark Charge Coffee Vanilla and Terrapin Beer Co.’s Salted Caramel Moo Hoo. A special keg, meaning the only one outside of their taproom in Lexington or its farm in Frankfort, is West Sixth Brewing’s Strawberry Kolsch.

New this year, the festival will feature the “Truly Bubbly Bar” — a place where attendees can enjoy 12-plus flavors. Vive Hard Seltzer from Braxton and White Claw Hard Seltzer will also be available.