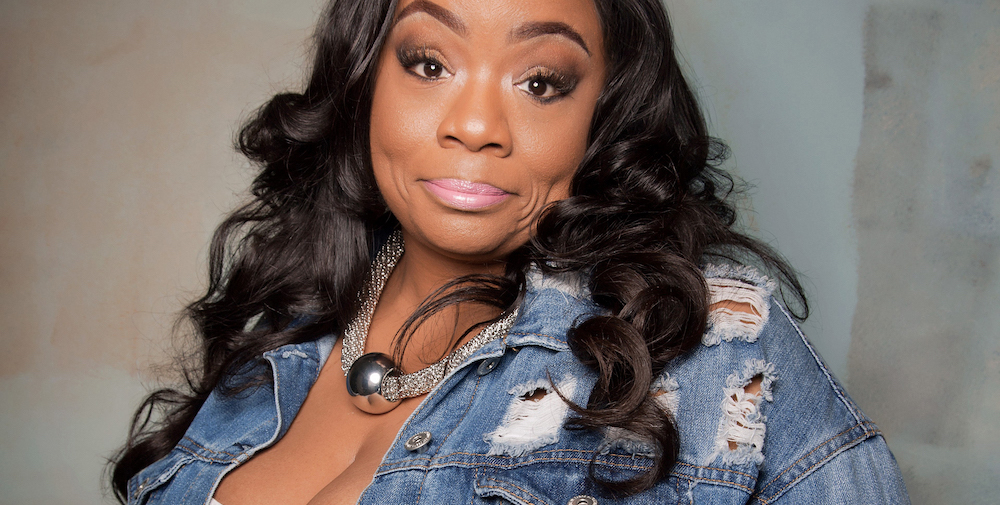 Stand-up comedian Ms. Pat didn’t start performing comedy until the age of 30. Until then, she kind of had her hands full. She was a mother of two by the age of 15. Then, she became a drug dealer, got shot twice and was a convicted felon, all before she was old enough to drink. Ms. Pat tells her story in “Rabbit,” an honest, unapologetic memoir about her unbelievable and sometimes tragic life, as well as her second life as a comedian. “If I don’t laugh at some of that shit,” she said, “I’d never get out of bed in the morning.” She spins her wild life into hilarity, with material that is so personal to her experience, you won’t hear anything like her anytime soon.

LEO: Living the life you lived, what made you finally put it all down on paper?
Ms. Pat: Harper-Collins paid me. [Laughs]. I’d never really thought about writing a book. I’d always wanted to, but didn’t think I knew how. This lady found me and thought I had an interesting story. She was like, ‘I think I can get you a book deal.’ I said, ‘Oh, go to hell!’ She turned out to be real, which was different, because in the entertainment industry, a lot of things aren’t real.

What were the biggest challenges to writing the book?
Opening doors that I had closed in my life. There are a lot of stories in there that I had never told out loud before. It brings back a lot of memories and a lot of pain. I’m glad I was able to tell them so now I can let them go. It was very therapeutic.

You didn’t come to comedy until later than most. What made you finally give it a try?
I’m a convicted felon, and that means I’m not allowed to work in these United States of America. It was just so hard to find a job. Comedy doesn’t check your criminal background history, so I was like, ‘I’m sticking with this shit.’

Going through everything, being shot twice, dealing drugs, being an absurdly young mother — was there a specific moment when you thought, ‘Oh, this would all be great material. I should do comedy?’
People just told me I was funny, and I never understood what they meant. I was like, ‘What do you mean? I’m just talkin’.’ I did some research on stand-up comedy, and I learned you can get paid for tellin’ people your business. I was like, ‘I do that anyway.’ Eventually, I found an open mic. I just went up there and talked. I talked about my crazy life with all them kids. Hustlin’. It was just all on the table. If I don’t laugh at some of that shit, I’d never get out of bed in the morning.

You had two kids by the age of 15. That has to give you a very different perspective on parenting than most comedians who talk about their kids.
I was a kid. You were just trying to get you and your homegirl something to eat. It was a challenge, I’ll tell you that. It wasn’t easy. As they got older, I realized I didn’t want them to go down the path I had gone down, so I had to make some changes in my life.

You talk about your two ‘sets’ of kids. How did you parent them differently?
The first set helped me sell drugs. The second set just eats up all of my food.

While you were dealing drugs, did that prepare you for the hustle that would be stand-up comedy?
Shit, yeah. People will be like, ‘Ms. Pat, do you ever sleep?’ I’m like, ‘No, I’m an aged drug dealer. You gotta be up all night working on stuff.’ I hustle now, the same way I did when I was dealin’. Nothing is given to you. For some people, I guess it is, but not old bitches like me. That’s why I’m always on my grind. Always trying to create something.

Is there anything funny about being in jail?
No, I fought all of the time. Jail is creative: You learn a lot of stuff. If you need makeup, you can soak the dye off of the M&M’s, and that’s your lipstick. We had weaves in our hair. If we wanted to put the weaves back in our hair, we would pick sealant from around the windows, and that’s how we glued it back on.

When you die, what do you think your epitaph will say?
‘Fuck off.’ I don’t need any earthly shit on there. I’m dead. I don’t care. I hope they put, ‘Fuck off.’