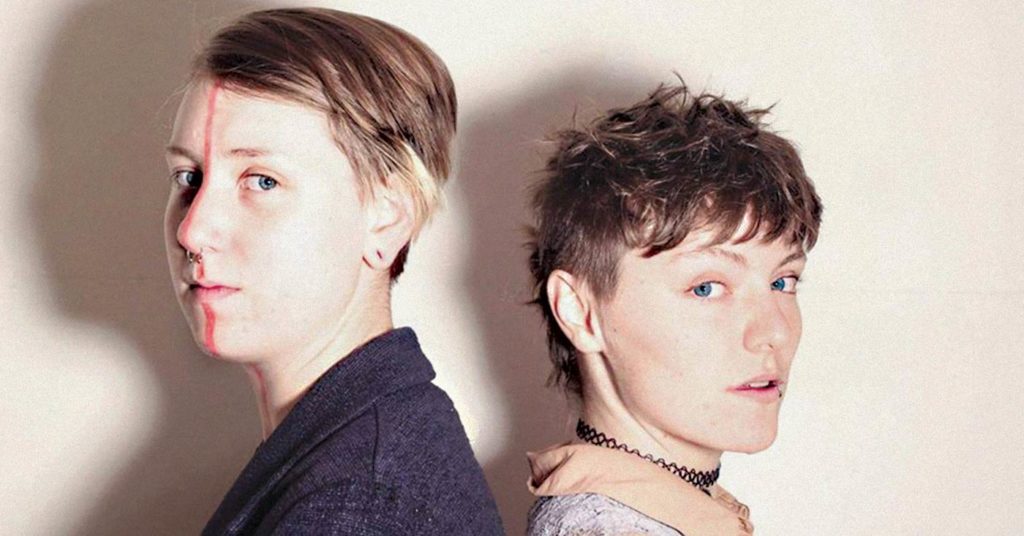 Parallel Colors — ‘Movement’
While precision playing and blistering riffs add visceral power and musculature to Movement, Parallel Colors are at their best as a cinematic symphony. Everything hits hard, from the guitars, which are in a drop tuning, to the thud-heavy bop of the bass drum. There are elements of Don Caballero, albeit as filtered through the raw urgency of Meshuggah. In fact, there is a lot going on, referentially speaking, as the band twists through genres quite a bit during the six minutes of the track. Their greatest trick, however, is that while there are a lot of moving parts to the song, with breaks and interludes that move from the quiet to the storm, they do so with an incredible fluency for transitions and groove.

Saint Regis — ‘City of Louisville (Night)’
The prolific Doug Campbell returns with more of his lovely Saint Regis work. His work has evolved from the shoegaze haze of his earlier efforts to a pastiche that pays homage to Washed Out, Air and the Silver Jews in equal parts. On “The City of Louisville (Night),” Campbell offers up the kind of restrained compositional work that takes years to achieve. Mostly led by guitar and a rocksteady electro beat, Campbell paints a picture with his words singing, “Getting out of this town is like drawing blood from an old scar.” What makes this track so magical is the balance between the composition and the lyrics, with Campbell giving plenty of space for the groove, building and dropping layers to great effect.

Thaniel Ion Lee — ‘For Children’
With “For Children,” Thaniel Ion Lee gives the city a much-needed injection of trip-hop. An instrumental track, the single lives and dies on the strength of its rhythm section, which is counterbalanced with wonderful atmosphere building. With chiming synths that flitter in and out, there are elements of Brian Eno’s Lux as filtered through the most kinetic movements on Dummy by Portishead. And with the brevity of the track, Lee is apt to leave the audience wanting more.

Howell Dawdy — ‘My Skin Fell Off’
It’s easy to dismiss silliness as emblematic of a lack of substance. But Howell Dawdy toes the line of ridiculous and contemplative lyricism, and he backs that with a composition that recalls the very best of OK Computer. As the song implies, this is a track that follows, very bluntly, a character recounting how his skin fell off, and the travails that follow thereafter. But under the skin, beats the meaty heart of the matter, a thoughtful reflection on identity and rejection. Dawdy’s character recoils from the public eye, not wanting his affliction to single him out. “I don’t want my skinless state to be clickbait to sell ad revenue,” he sings. Taken as a whole, “My Skin Fell Off” rises above the satirical and comedic  qualities of the lyrics to make a statement on depression and ultimately self-worth.

Ron — ‘Hardwoking Failuer’
What makes Ron such a compelling act is their dedication to just let it all hang out. Whether it’s the digital glitches in the production or just their off-kilter style, the band are all swagger and big riffs. The vocals remind me of Kurt Cobain or David Yow at their most unhinged, as filtered through Ol’ Dirty Bastard. While that may come off as challenging to some listeners, it commands a barroom charm and punk rock verve. Ron exude “fuck it” and pull that off through with the muscular flex of thick guitar chops and plodding drums.

GRLwood — ‘I Hate My Mom’
For GRLwood, there is a special kind of resentment here, a reflection on being ostracized because of who you are. The fact that the prolific duo pull it off with style and a solid pop hook is a testament not only to their skill as composers and songwriters, but to the earnestness of their delivery. When singer Rej ends with one final refrain of “I hate my mom,” you can hear the hurt in her voice — it sounds as if she wants to love her mom, but has been pushed away. It’s here where their power lies, transcending their own craft of penning power-punk bangers by digging into an emotional core.