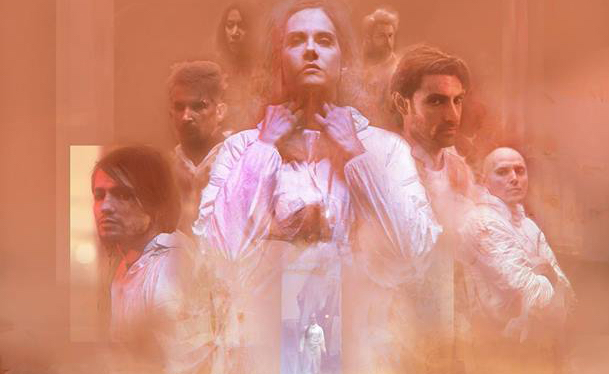 Poster art from the film “One Must Fall.”

‘One Must Fall’ Louisville Premiere
The Louisville Palace
$15  |  6 p.m.-Midnight
Louisville filmmaker, Literary LEO award winner, photographer extraordinaire and all-around nice guy Antonio Pantoja is behind this new horror/comedy film about a crime scene cleanup crew that discovers that the killer is still hanging around. The movie, which is set in the ‘80s, was shot entirely in Louisville, and this is its hometown premiere. A ticket gets you entry into the “One Must Fall” afterparty next door at the Mercury Ballroom, featuring a Q&A with members of the cast and crew.

Upscale Cocktail Yard Sale
Douglass Boulevard Christian Church
No cover  |  10 a.m.-2 p.m.
Garage sales are often piles of junk that no one wants, let alone the person trying to sell it. Not this one. Only hidden treasures will be for sale: antique furniture, books and more. To keep things classy, there will be champagne cocktails for sale that you can clutch as you appraise the available finery. This event benefits a bevy of nonprofits, including several LGBTQ organizations.

Louisville Locals: 10 for $10 with Belushi Speedball and More
Riot Skatepark & Tiny skate shop
$10  |  3 p.m.
Enjoy 10 heavy-leaning local bands “that represent the Louisville music scene in different ways,” including Zerg Rush, Belushi Speed Ball and Vaderbomb. Admission gets you entry into Riot Skatepark for the day where there will be a music flea market for your perusing pleasure. Skating is encouraged.

The Muses Mouth
Tim Faulkner Gallery
Donation requested  |  6-8 p.m.
To all women with something to say, share your voice at this open mic geared toward spoken word, storytelling and comedy — all at the Tim Faulkner art gallery and Stopline Bar. Talk about whatever you want, but some content suggestions are feminism, cultural and social issues, relationships, race, sexual identity, romance and personal triumph from trauma. Throw in some money if you’re feeling the artists — proceeds will go to the Center for Women and Families.