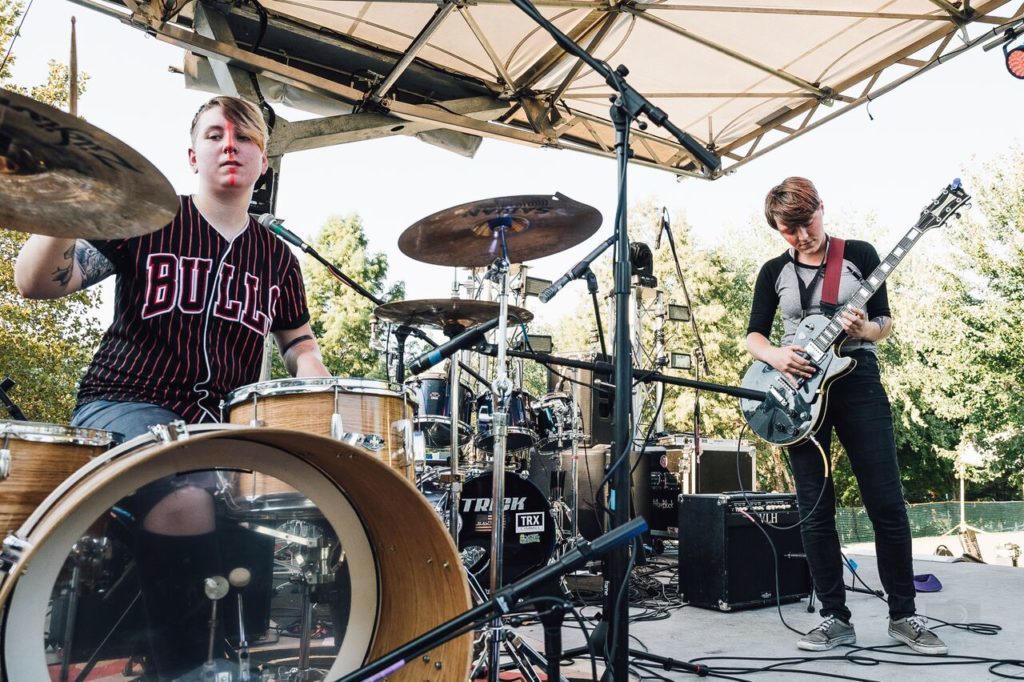 GRLwood, who are performing at PRIDE this weekend. | Photo by Will Fenwick

Movies Under the Stars Presents: ‘Grease’
Iroquois Amphitheater
Free  |  8:30-10:30 p.m.
Sing along to this ‘70s classic set in the ‘50s with hundreds of other fans at this outdoor showing. The event is free, but concessions are for purchase by Southern Hospitality.

Mamma Said String Band Album Release
Zanzabar
$10  |  9 p.m.
Mamma Said String Band’s first album, released in 2017, helped them earn a nomination for best bluegrass artist at the Louisville Music Awards. Now, this predominantly-female five piece is releasing their sophomore album “Carry the Water,” and they ask you to “bring your dancing shoes” for the first time you hear it. A signed copy of the album will be up for grabs for the first 15 people who are in line for the show. They’ll be joined by Gus Filiatreau.

Ohio River Sweep
Ohio River
Free  |  9 a.m.-Noon
Join volunteers from six states in removing litter from the Ohio River’s banks. There will be efforts all along the riverfront, including in Indiana. Go here to find a list of Louisville events.