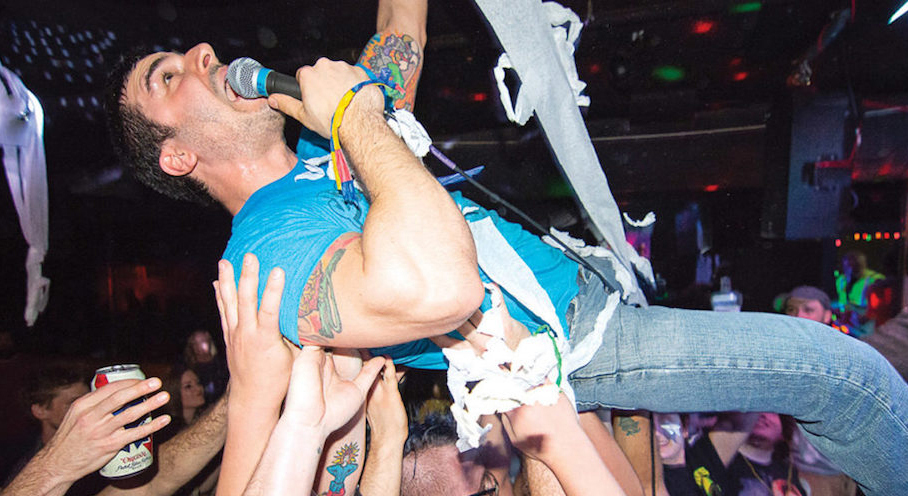 502 Black Business Week
Various locations
Over 40 black-owned businesses are holding sales as part of Louisville’s Black Business Week through June 22. A full list of participating businesses is available on the Facebook event, but there will be deals at boutiques, restaurants, salons and more, including Cabookie Cupcakes, Angel’s Therapeutic Massage and The Majestic event space (formerly the Tim Faulkner Gallery).

Juvenile Justice Community Conversation Series: Police in Public Schools
Louisville Urban League
Free  |  5:30-7:30 p.m.
For this, the last talk of the ACLU of Kentucky’s series about the juvenile justice system, speakers will discuss police in schools. The event begins at 5:30 p.m. with a free dinner, with the talk beginning at 6 p.m. Everyone is welcome to attend: parents, youth impacted by the system and others who want to get involved with juvenile justice reform.

‘We’re Here: Louisville’s LGBTQ+ Spaces’
Main Library
Free  |  6:30-8 p.m.
Keep Pride month going after the parade and festival. For Louisville’s LGBTQ community, there have been places throughout the years, whether they be nightclubs or private homes, that have served as important spaces for gathering, decompression and more. Jaison Gardner, co-host of Louisville Public Media’s “Strange Fruit” podcast will moderate panelists as they recall and celebrate how these spaces have been important in their social, political and personal lives.

Movies Under the Stars: ‘Hidden Figures’
Iroquois Amphitheater
Free  |  8:30-10:30 p.m.
This film about the black, female mathematicians who worked at NASA during the race to land on the moon was nominated for Best Picture in 2016. Now, you can see it for free and on the glorious, outdoor screen at the Iroquois Amphitheater. Southern Hospitality will sell concessions.

Belushi Speed Ball Unplugged
Odeon
Free  |  9 p.m.
Say what? Belushi Speed Ball, Louisville’s chief, off-the-wall thrash metal band, is playing unplugged? Odeon recently announced that all of its shows will be “listening room style” due to neighbor complaints about noise. There were those who doubted that the venue could go on, but if Belushi Speed Ball can play a stripped-down show there, maybe this crazy situation has a happy ending? Plus, the band is known for its stunts and energetic live shows, so we’re curious to see what they’ve got planned. And did we mention it’s free?

2019 Summer Solstice Fest
Akasha Brewing Co.
No cover  |  1 p.m.-Midnight
To celebrate the beginning of summer and the longest day of the year, drink beer! (Really, every special occasion should be marked with beer). Akasha Brewing Co. will tap new beers and small batches every hour starting 1 p.m. until the party ends. Also, enjoy food from the Atrium Kitchen truck and live music from The Tunesmiths, Acquainted Strangers and more. Party alongside the annual summer solstice celebration at Stonehenge, which Akasha will be streaming to patrons. When the sun rises at Stonehenge (11:52 p.m. EST, 4:52 a.m. in England), another new beer will be tapped and a toast given.

Summerween
The Alcove, Jeffersonville, Indiana
Free  |  3 p.m.-3 a.m.
It’s the first day of summer, so naturally, the peeps at The Alcove are celebrating with a Halloween party. Come dressed up for a patio dance party, spooky movies, Jack O’ Melons and, of course, a costume contest.

Wild Action Weird Disco
Kaiju
Donation-based  |  10 p.m.-4 a.m.
Three Louisville DJs, JPB, Mint and JP Source, turn underground and uncovered music into psychedelic disco tracks. The “wild action,” they say, is up to you and your willingness to get weird and dance. Donate what you can at the door, or a pair of new socks, all of which will go to the Coalition for the Homeless. Four Roses Bourbon will be offering drink specials.