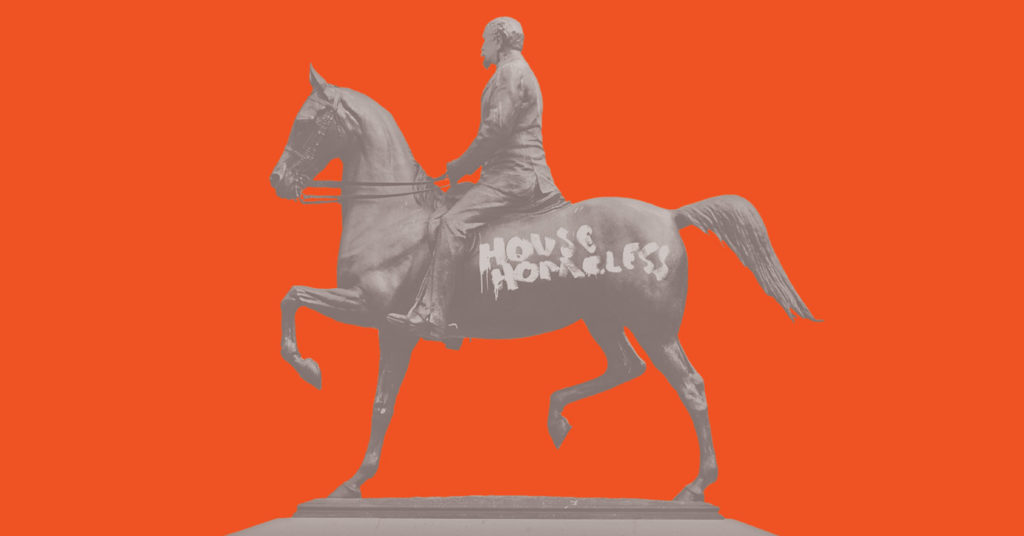 When the Historic Landmarks and Preservation Districts Commission meets this week on whether the John B. Castleman statue stays, it might be down a member — at least when it comes to voting.

And that could help the city’s case for removing it.

In its appeal of the Cherokee Triangle Architectural Review Committee’s January decision to keep the controversial statue, the city is asking that Landmarks member Jay Stottman be barred from voting at the meeting May 9. That’s because at the ARC meeting, Stottman gave reasons, as an audience member, for why the bronze monument to the Confederate soldier and champion of the Louisville parks system, should stay — even though he claimed to be neutral on the subject.

Stottman’s statements showed he was “incapable of fairly judging Louisville Metro’s application,” according to city’s application for the appeal.

Last Friday, Stottman told LEO he had not been informed yet about whether he’ll be allowed to vote. He said he was waiting on word from lawyers. The city has hired outside counsel to represent the Landmarks Commission in the case.

If Stottman cannot vote, that means two Landmarks members who seem to favor keeping the statue will not have a say in the decision. An ARC committee member who is also on Landmarks, Christopher Fuller, cannot vote because he had voted in the ARC meeting. Fuller voted to reject the city’s removal request. Another ARC member, Tamika Jackson, also cannot vote. She had favored removing the statue.

It’s not clear how the rest of the Landmarks Commission members plan to vote, and the 12-member board might be down yet another person. Former chair Bob Vice stepped down in February, fulfilling a promise he made last summer to retire around the end of 2018.

The Mayor’s Office did not respond to a request for comment on who would chair the panel. The mayor appoints all members of the Landmark Commission, which he is asking to approve removal of the statue.

Mayor Greg Fischer has advocated for Castleman’s removal since August, saying, “Louisville must not maintain statues that serve as validating symbols for racist or bigoted ideology.” The city proposes to replace the statue with plants and, in the future, possibly another public art installation.

Stottman wouldn’t comment on the city’s request to bar him from voting.

In its reasoning for preventing Stottman from voting, the city cites legal precedent that Commission members are barred from voting if they can’t vote fairly or if they’ve reviewed the same matter in a different role (as did Jackson and Fuller as members of the Cherokee Triangle committee). The Mayor’s Office argues that while Stottman didn’t vote at the meeting, his intention was to sway the outcome of the decision.

At the ARC meeting, Stottman, who said he is a descendent of Castleman, told the panel he was “not speaking for or against” whether the statue should be removed, and he acknowledged that some people might be hurt by the statue. But he also told the committee that he did not believe the statue honored the Confederacy. He advised the members to consider how the statue affects the character of the Cherokee Triangle neighborhood.

“Clearly the identity of this neighborhood is ingrained and intertwined with this statue and the history of Castleman’s contributions to the parks because the Cherokee Triangle is about its relationship to Cherokee Park,” he said.

In January, he told LEO he could not comment on how he would vote if the issue came to the Landmarks Commission.

The city’s appeal raises other issues. For one, it cites a memorandum written by Historic Preservation Officer Cynthia Elmore for the Cherokee Triangle committee as evidence that the members didn’t cite any design guidelines to support their decision.

In addition to writing the memo, Elmore had argued on behalf of the city at the ARC meeting to remove Castleman.

Richard Painter, a government ethics expert at the University of Minnesota, said he does not see a conflict of interest, but maybe Elmore shouldn’t have written the memo. “I would have asked, can you really do a good job, and I would probably have chosen someone else,” he said.

Fischer’s spokesperson Jean Porter said there is no conflict of interest.

The real question, though, said Painter, is whether Elmore did a bad job on the memorandum. That would give the Cherokee Triangle committee reason to refute her report to the Landmarks Commission.

Preservation law attorney Steve Porter, who has appeared before the Landmarks Commission in the past, said the memo was written properly. It did not include findings of fact by the Cherokee Triangle Committee, and it didn’t have to do so. When an ARC vote is a tie, the committee does not have to provide an explanation for its vote, he said.

“If Ms. Elmore (typically with the assistance of the staff attorney) had failed to produce a supportable findings of fact, one might be able to claim a conflict,” Stephen Porter said in an email. “[But] because the denial was automatic according to the ordinance, no reasons were necessary.”

This is in opposition to what the city is claiming in its appeal.

The city’s original argument for Castleman’s removal, outlined by Elmore at the January meeting, was that it could be removed from the roundabout it sits on, in accordance with design guidelines. The statue is not necessary to the roundabout’s design because it was not an original part of it and does not affect traffic flow, the city asserted.

The Cherokee Triangle committee voted 3-3 on the city’s request for removal, effectively denying the application.

Committee members gave their own thoughts about why the statue should stay. Michael Gross, chair of the Cherokee Triangle committee, argued that the Castleman is important to the neighborhood, because it represents the historic preservation district.

Porter, the attorney, said because the Cherokee Triangle committee vote ended in a tie, the Landmarks Commission could rule on the original city application instead of its appeal.

If the Landmarks Commission denies the appeal, the mayor can take it to court.

If you want to go