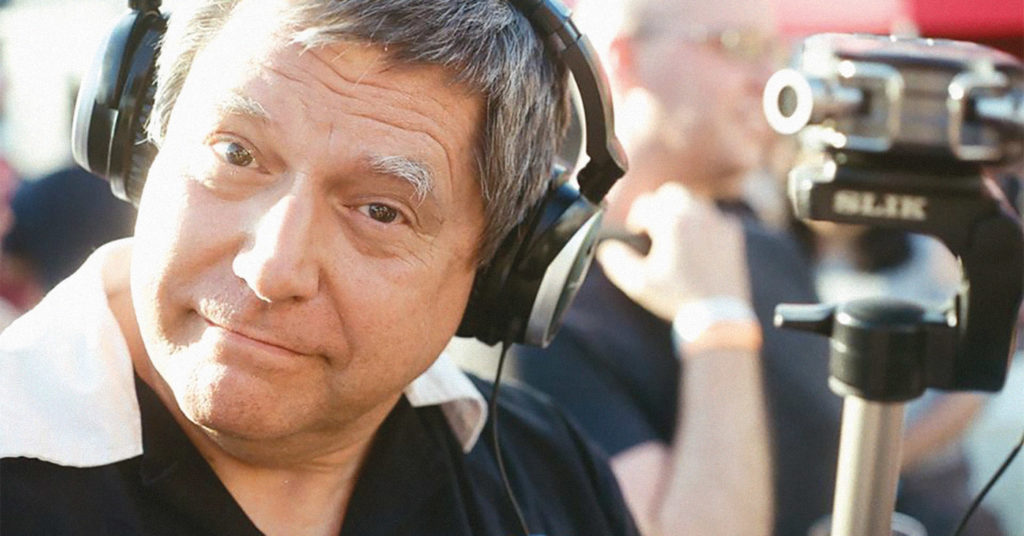 If you attend live music shows in Louisville, there’s a good chance you’ll see Jeff Jobson seated in the back of the dark venue wearing headphones and hoisting a tripod above his head, which clutches his beloved audio recorder “Mini-Tapey.” He and his equipment are out of harm’s way of audience moshing, crowd surfing and spilled drinks so he can preserve the ephemeral sounds of the local music scene. LEO caught up with the self-described documentarian to learn about his collection.

LEO: How long have you been recording live shows?
Jeff Jobson: I’ve been recording local music since July 28, 1978, although there’s a good 33-year stretch where I was out of town. I did record from time to time whenever I’d visit, however.

Have you recorded in other places besides Louisville?
I was involved in audio and video recording in Los Angeles and Seattle, which was my job. But that was always for someone else. Neither of those places ever seemed to musically capture my interest the way Louisville has.

What made you start?
The first time I began recording, the very earliest punk bands were beginning in Louisville. I had ignored punk up to that time, but seeing it performed live and the reaction it created, inspired me to start documenting the moment. I was working at the University of Louisville at the time and had access to video recording equipment at a time when nobody else did. It was bulky and on a format that was becoming obsolete even as I was using it. But I really felt it was important to capture the moment as it was happening. When I returned to Louisville in 2016, I was for all intents and purposes retired. I had just donated my old recordings to the LUMA [Louisville Underground Music Archive] project at the University of Louisville archives and was volunteering my time to catalog what I had. I was very excited about all the really fine music happening in town and felt compelled to start documenting the bands again. This time, for simplicity’s sake, I chose to only audio record.

How would you categorize your recorded library?
There are a lot of punk, rock and roll, prog and psych-based recordings in my collection. But, just going out to see live music has caused me to stumble on some excellent country, metal, folk, rap, hip-hop… and a lot of music that I would have a hard time trying to categorize.

What’s the size of your collection?
There are 1,385 separate recordings in WAV files, with a total size of 674 gigabytes. A few are from 35 to 40 years ago, but the vast majority has been recorded in the last three years.

What equipment do you use?
For the last three years, I have used almost exclusively a Tascam DR-40 portable digital recorder. Thanks to my friend Rip Rinehart, it has the name “Mini-Tapey” (which is a reference to an episode of The Dick Van Dyke Show). I mount the recorder on a SLIK U5500 tripod, so I can record free and clear of the general crowd noise found in a live venue.

What do you do with these recordings?
I’m stockpiling the recordings for the LUMA project at the University of Louisville archives. I always make the recordings available to the performers, which they can use however they wish. I host the radio show ‘The Exploded View’ with Creighton Beryl on WXOX 97.1 FM (ArtxFM.com) every Wednesday from 2 to 4 p.m., and I sometimes use my recordings to go along with interviews.

Any plans to formally release any of these recordings?
I would definitely like to have one of the local record companies explore the possibility of releasing compilations of these recordings to raise funds for worthy causes and the performers themselves.

You’ve recently acquired the nickname ‘Bootlegger.’ What’s the story behind it?
There was a Facebook post from a well-known local photographer, who documents shows, about how one venue is requiring special permission to take pictures of band performances. I put my 2 cents worth in and inquired ‘How about the old guy in the back, recording sound?’ To which the venue owner replied, ‘Again. No bootlegging unless the band/artist approves it.’ After that, the name stuck. Since everybody started referring to me as ‘The Bootlegger’ every time I went out to record, I’ve decided to make it my brand.

After all this time and experience of recording, what have you learned about music, people or culture?
I’ve learned that a scene needs documentation to be remembered. Louisville has been blessed with a number of people recording events as they happened, and other people have been able to curate them so they are not forgotten. I saw something unique happening before my eyes over 40 years ago, and had the forethought not to throw any of my old recordings away. Since I returned to Louisville, I’ve learned that there is a lot of very unique talent in this town. And following the music has kept me from settling into a sedentary life too many of my peers fall into. It’s also a nice feeling that you can be older than every other person in the room and still have people look forward to your presence. Once I was at an all-ages show at Spinelli’s Downtown, and a 28-year-old acquaintance next to me looked at all the teenage kids attending and said, ‘I feel so old!’ I turned to him and said ‘Welcome to the club, pal!’ •