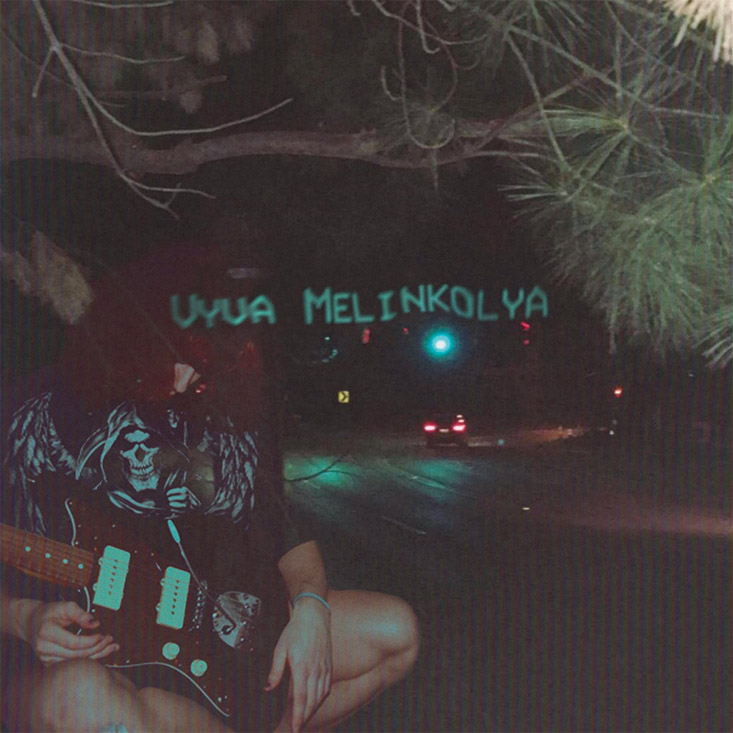 An album’s cover can mirror the music contained within, but it may also offer its own messages and statements. Or, it might simply be an interesting image designed to provoke interest. Here are the stories behind three of the 50 albums featured in this issue. 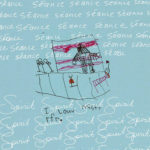 2017
1200
Séance/Spirit
Séance/Spirit is the 2017 double album from hip-hop maestro Jecorey “1200” Arthur. It is a complex trip through many different genres and themes over 24 songs. Despite the complexities of the album, the album cover is a relatively simple meditation on the music. The word “Séance” is repeated in print lettering toward the top, and the word “Spirit” is repeated in cursive writing toward the bottom to reflect the title. The words float on a light-blue background and on a black line drawing that has a touch of magenta coloring, which was drawn by then-kindergartener Emily Latham, who was 7 when she drew the picture and is now 9. Latham, a former student of Arthur’s around the time of the album release, said she “drew Mr. Arthur onstage at The Kentucky Center singing a rap with his xylophone and speakers. Mr. Arthur was my music teacher, and he was so nice and sweet that I wanted to draw him a picture.” 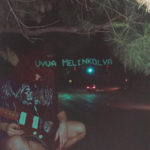 2018
Vyva Melinkolya
self-titled
Vyva Melinkolya is the moniker of solo shoegaze musician Alyc Diaz, who creates dense and layered songs. She composes her music and plays all of the instruments on the album. Diaz also designed the cover art for the 2018 self-titled release. It’s a dark, multilayered image of her sitting under a tree, with the background featuring a view of a traffic light at night. According to Diaz, “I wouldn’t say there is a theme behind [the cover] as much as it just came together. The background picture is actually a cell phone picture. I find if I bring a camera out with me, I never get what I want … [My] aesthetics happen on accident.” The picture of her and the street are cut together from separate photos. As in her music, there was an intentional process for combining different elements to make a cohesive whole. 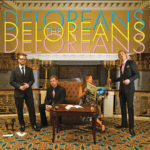 2011
The Deloreans
American Craze
The Deloreans have an ornate style of rock that was intentionally reflected in the photograph used for the cover, according to singer Jeremy Perry. The photograph is of the band surrounded by the gold architecture of the upper lobby of The Seelbach Hilton. The band is dressed in formal attire that is also indicative of the music on the album. “Me and Loren [Pilcher] conceptualized the cover together,” Perry said. “We had the music all recorded, and we wanted the album cover to reflect this quality in the music… it had this really expansive, kind of old world quality to it. I remember going around town and I had it in mind to find a spot that looks grand or elegant. I remember going to the Seelbach, looking around the lobby. I walked upstairs to the upper part of the lobby, and I saw that image that is on the cover, and I was like, ‘That is perfect for this’… it looked exactly like what we had been talking about.”