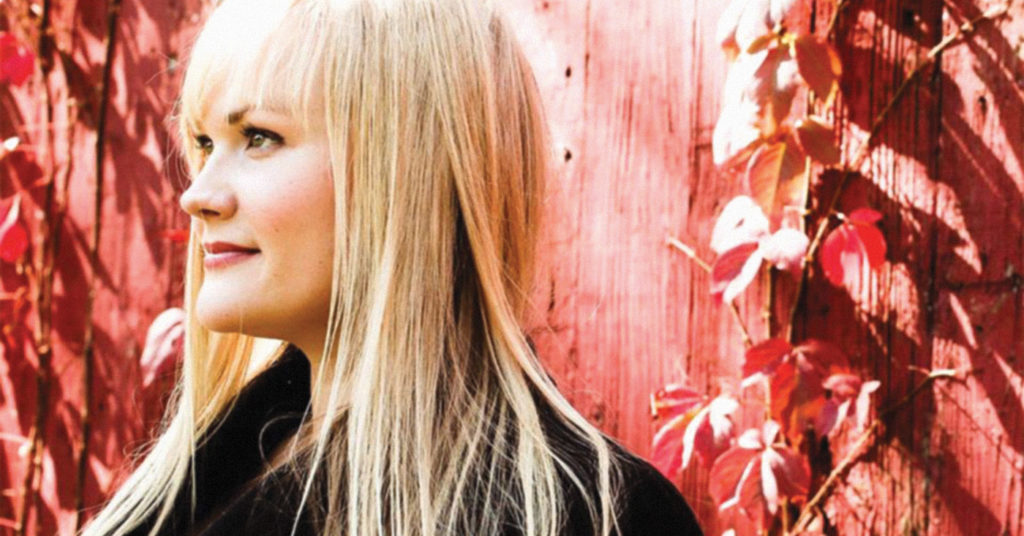 Given the title of Carly Johnson’s song, “I Don’t Care (Zirophux),” it should be apparent what the song is about. She’s done caring what others think about her — and she thinks you should be, too.

“It’s about living in your head a little too much, about having anxiety about things or anxiety holding me back,” Johnson said. “I feel like anxiety in general is something a lot of people are dealing with more than usual. We used to have to worry about fighting off giant animals and getting food in caveman times and now we just have to worry about silly things on our phones and all that stuff, so, for me, it’s trying to acknowledge and embrace that I’m in my head too much and doing my best to get out of it and realizing that people aren’t thinking about your shit as much as you think. Everybody’s just thinking about their own shit. There’s no time for that. You just have to be yourself and do your thing.”

“I Don’t Care” is a throwback to the refined soul sound of the ‘60s and ‘70s. It strides confidently and proudly with a bold horn section smartly punctuating the mid-tempo backbeat. Johnson’s voice weaves in and out, alternating between smooth and powerful, while the song’s head-bobbing bass line is immediately memorable.

“I was at my writing partner’s house by myself one day after she went to work and all of a sudden that bass line popped in my head,” Johnson said. “She had been using this easier version of Pro Tools, but it was really hard for me. I had never used it before, but I decided to try my hand at it, and I somehow managed to record the bass line from piano and was somehow able to layer it all after that. It was a miracle. I don’t know how I did that. It all came together after that. It was kind of magical.”

The song was also a bit therapeutic for Johnson who confronted some old demons in her life. Johnson, who has struggled with stage fright most of her life, said she’s “obviously not like that anymore” but can still feel the doubt creeping back in at times.

“I think, with this song, it was definitely about performing, in particular,” Johnson said. “When I was younger, I would make my voice teacher turn around so she couldn’t watch me while I was singing. I’ll still find myself on stage analyzing what I’m doing, and it’s just frustrating because it holds you back. So, the more I can get out of my head and just have fun and not worry about what people are thinking of me — and analyzing every note — the better off the show is, the better off I am. And I think that applies to everybody and everything they do.”

Johnson is also working on a video for the song, and she says she has found the star for it: her mother.

“I have a video concept for the song that we’re working on right now,” Johnson said. “It’s a superhero theme, and in my mind, for some reason, it’s my mom. She’s super kooky and just doesn’t care. She has no filter, basically. I think you get to a certain age, and you really just don’t care about what people think as much anymore. So, I have this vision of her wearing some sort of fairy outfit with a big Z on it because she’s the Zirophux fairy.” •