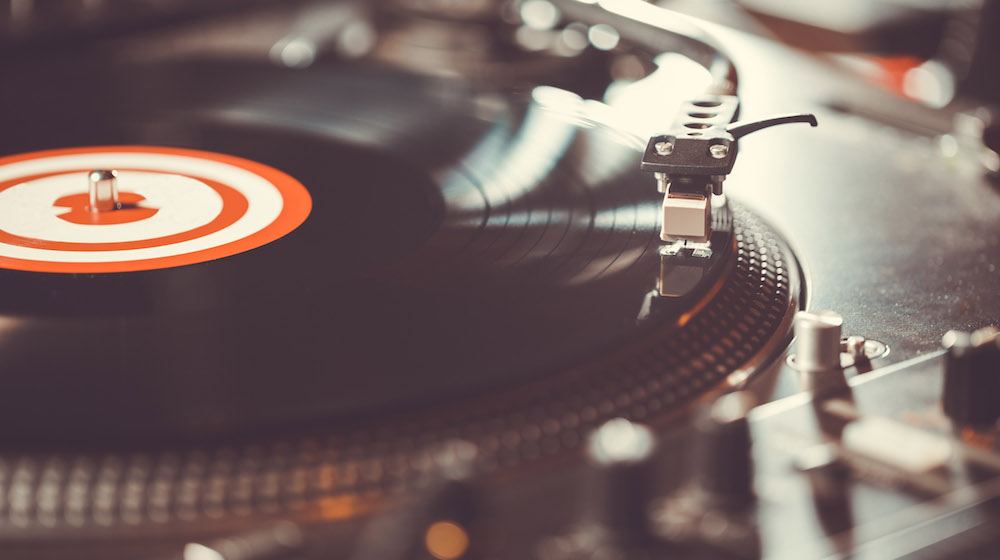 For well over a decade, the vinyl industry has been booming. In 2018, sales were at a 25-year high, with 16.8 million units sold that year alone, according to Billboard magazine. Yet this doesn’t necessarily translate into a profit for local bands that release their records on vinyl.

In fact, many of them lose money.

And many of them expect to do so.

Yet, despite this risky financial gamble, bands are still flocking to vinyl. For them, it’s worth seeing their name on the record sleeve and having a tangible, high-quality product that will, hopefully, maintain a place on listeners’ shelves for years to come.

For bands without national exposure, pressing a record can be an essential blueprint to success, but it also can require a lot of hard work to make sure it gets into people’s hands.

“It made my dream a little more real to me,” said Rommell Weaver, who performs under Rmllw2llz and who released his 2017 album Concerto No. 9 Movement II on vinyl. “I felt established. I thought about how all of my favorite artists are on vinyl and now I am too. I felt blessed. And blessed to even be able to do it.”

Weaver, who had his record pressed at Palomino Records in Shepherdsville, Kentucky, spent $1,300 for 200 albums, which returned a $700 profit in only a few months, but it was not easy. He played shows, constantly self-promoted, and made connections with local record stores in order to move more copies.

John The Band, a Louisville indie act, also pressed their 2019 album on vinyl.

“None of us had ever released anything on vinyl,” drummer Boyd McGinnis said. “Definitely, even with prior bands and projects it was something that I, and all of us, have wanted to do at least once. I guess the appeal was that we’d have a physical object for us and our friends and family to keep for future reflection, like a little keepsake from a period of time in our lives. It doesn’t matter if people enjoy it or throw it in the garbage. Because now we have this little trinket.”

McGinnis said that John The Band spent a total of approximately $1,600 for 100 copies. To get 100 copies pressed at Gotta Groove Records, they paid a base price of $1,000.  The band also had art made and hired someone to create the layout for the album, which cost another $200. They also sprung for high-quality jackets, stickers and inserts, which added on another $400. They have been selling the records for $20, so at $1,600 all in, it is possible for them to make a profit, but so far they have only sold 30 copies, recouping $600.

The cost of pressing a record varies widely, depending on the number printed, the size and quality, artwork and other factors.

“And this isn’t even factoring in all the recording costs that went into the project, mastering, mixing. It’s hard to make any money unless you can sell over 300 copies. If you can sell all your copies for $20 a piece that’s six grand. So you can definitely make money but it’s hard as fuck to sell records,” he said.

It’s worth noting that the more copies you press, the unit price to press each record drops. But that also means you have that many more to sell.

What about the often overlooked 7-inch?

They might seem like a better bet due to their inherently lower cost. But Perry said they are of inferior quality compared to a 12-inch, and they hold much less music.

Local musician Aaron West recently pressed his project, The Dulcet Sound Of Fiction, to 7-inch. It cost him about $1,000 to print 300 copies, accompanied with basic black and white artwork, bringing his final unit price to $3.35. If he sold them for $5 a pop, it would be possible to turn a profit of almost $600.

Of course, that’s if he can sell them all.

The record is now about six months old, and West estimates that he’s only moved around 60 of them.

West and McGinnis said they do not regret spending the money.

“It’s still worth it,” West said, “because you’ve made something, and it will be here for a long time. You made some art, and now you get to share it.”

McGinnis agreed: “What if 1,000 years from now, future humanoids only have vinyl discs to dig out of the rubble and stick a needle on?”

Brian Omer, whose band Stonecutters released their latest vinyl in late 2018, said that while it might seem like a record is a sure thing in the current environment, you need to put in serious hustle to make back your money or even a profit. “If you’re not out there touring and pushing it, I would not recommend making vinyl,” he said.

Perry said his advice to bands is to plan ahead when tying record releases to shows or events. “The process can take four or five months, more sometimes. And things can happen along the way that can add time to the process, so booking release shows too early can really come back to bite you.”

“Regardless of making money and all that, it’s still always cool to have something you did on a record,” Perry said. “So for someone who’s never made a record, I would recommend it. Every time. In 2050, you’re not going to pull out a record you made three decades ago and say, ‘Man, we really shouldn’t have made this.’”

Every musician I talked to about their vinyl experience said, unequivocally, that they don’t regret it, even if they lost money. In 30 years, it’s awfully hard to imagine that, once you lay the needle down, the magic won’t still be there. •