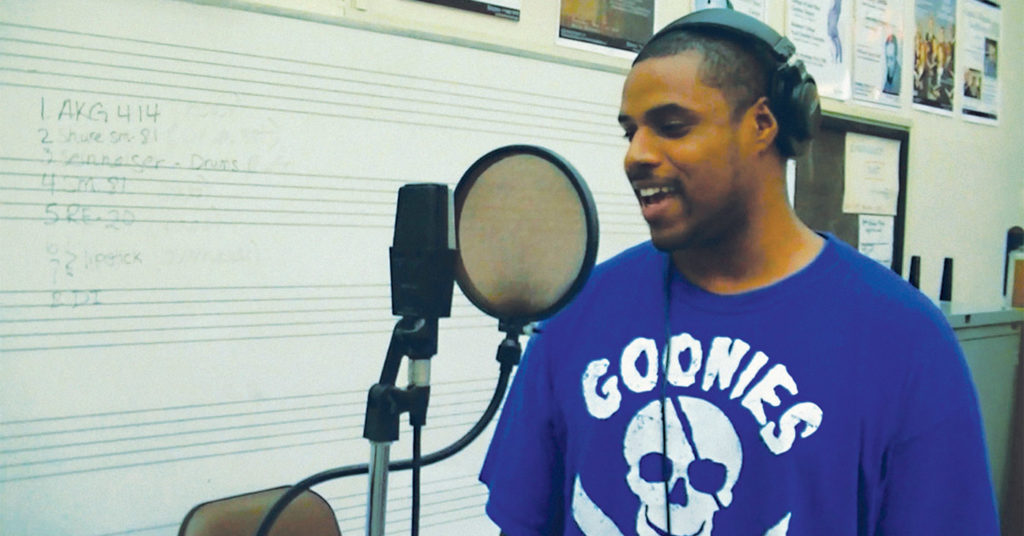 “The Bottom” is one of Pronoun’s most personal creations, dealing with a childhood realization of how the world works differently for different people. But, Floyd Patterson, the man behind the name, wanted to build something accessible and memorable. He wanted to tell a story that could cut though faulty perceptions about living in poverty.

“The concept of the song was to take things going on in the world whether its politics or the weather or poverty, or whatever and try to take different aspects of things I see the average person dealing with and putting it in the proper context,” Patterson said. “If you’re not poor or haven’t been poor, there’s just certain aspects of living in American that you just aren’t going to understand.”

Patterson understands the importance of introspection as a way to help break down misconceptions.

“We all have this way of judging,” Patterson said. “Of being like, ‘I would never do this, and you do this, therefore I feel better about myself, because I don’t do that.’ But there are things you do that that person doesn’t do that are equally wrong, you know? People just don’t look at themselves. We constantly look outside of ourselves to find something about a another person to make ourselves feel better.”

Musically, “The Bottom” is a subtly layered song, its main driving force a snappy, mid-tempo beat accompanied by a somewhat sinister piano line. It has a bit of a throwback vibe, perhaps to accompany the feel of the time that Patterson rhymes about in the song.

“The song is actually a true story,” Patterson said. “I saw one of those D.A.R.E. program posters recently [Drug Abuse Resistance Education], and had a mini-flashback to when I was 10 and on a D.A.R.E. program field trip. I found a Baggie with drugs in it on the way home and proudly threw them in the dumpster. I told my cousin, and he asked, ‘Which dumpster?’ And he said, ‘I’ll be back for dinner.’ He came back with a Bigfoot Pizza, and it was as if everything I learned about right and wrong was turned upside down. I ate the pizza. Pizza was a blessing from God that I couldn’t deny no matter how much it felt wrong.”

The most important aspect of “The Bottom,” according to Patterson, is how he designed the setup for his message. He was tired of the way other rappers have already dealt with poverty, and to that end, wanted to go the route that might offer the most empathy.

“I figured the best way to tell the story was as a kid,” Patterson said. “You can be mad at whoever — the parents, family, but you can’t be mad at the kid eating pizza, and that’s the point: to get people to look at it in a way that has a lot more compassion. Which, to me, is the crux of the song, to explain poverty and crime in a way that made sense to non-impoverished people.”