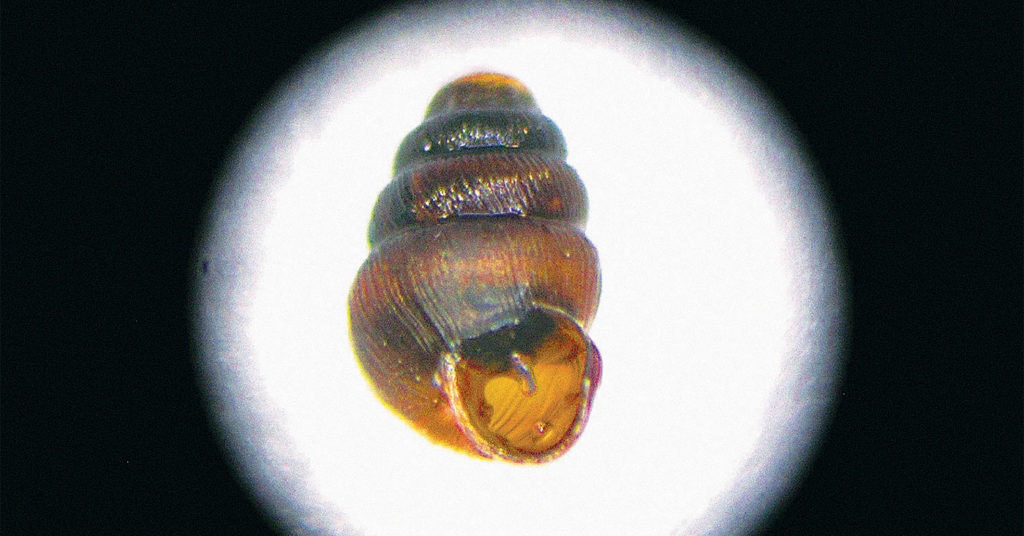 LG&E has proposed building a natural gas pipeline it says is needed to meet growth in Bullitt County. Bernheim Arboretum & Research Forest says it would cut through the home of endangered species of bats and one imperiled snail.

The pipeline would run three-quarters of a mile through 494 acres that the research forest bought in 2018 to protect from development, called the Cedar Grove wildlife corridor, said Andrew Berry, director of conservation at Bernheim.

The corridor is home to several endangered and rare species, Bernheim says: The northern long-eared bat, the Indiana bat and the bluff vertigo snail. Two other endangered species, the gray bat and the Kentucky glade cress are native to the area, as well.

The pipeline project was approved in 2017 by the Kentucky Public Service Commission to add capacity to an existing pipeline in the area. LG&E spokesperson Natasha Collins said the current pipeline cannot support growth in Shepherdsville, Mount Washington and Lebanon Junction.

“This is part of the business process, in terms of being able to meet customer needs based on growth and what we’re seeing,” said Collins.

Berry said Bernheim is for a strong economy and growth in its community, but… “We want conservation to keep pace with growth and economic development,” he said. “We’re not asking for anything more than that.”

LG&E needs permits from three more agencies, including the U.S. Army Corps of Engineers, which will work with U.S. Fish and Wildlife Service officials to determine whether the pipeline would unduly affect waterways and federally endangered species in the area, which include the bats and plant.

David Baldridge, who works in the Corps’ Regulatory Division, said wildlife officials “could conceivably recommend that a permit not be issued, but we’ve never had that to happen.”

“I’ve never seen a permit denied due to impacts to federally listed species or critical habitat, as typically ‘reasonable and prudent measures’ would be implemented to minimize negative impacts to listed species,” he said in an email.

Collins, with LG&E, said that the company would have to comply with U.S. Army Corps of Engineers conditions for the permit.

“We try to be thoughtful about impact to our communities and balance that with the needs of the customer,” Collins said.

Tom FitzGerald, an environmental attorney representing Bernheim, agreed that projects affecting endangered species typically are resolved through compromises, but that the Corps and Fish and Wildlife could recommend a different route, especially in a corridor as “biologically rich” as he believes Cedar Grove is.

FitzGerald plans to ask the Corps to conduct a more thorough review of LG&E’s application.

Berry and Lori Schroeder, an investigator for the Bernheim Landsnail Inventory, discovered the bluff vertigo snail on May 10. On a boulder directly in the path of the proposed pipeline, they found a population of the snails. They aren’t on the federal or state endangered species’ lists, which means the Corps does not have to consider them for LG&E’s permit. But they are categorized as globally imperiled by NatureServe Explorer, a group of biodiversity scientists who rank the conservation status of animals around the world. “Globally imperiled” means that a species is at a high risk of extinction.

The bluff vertigo snail, a mollusk just 2 millimeters long, has been documented in fewer than 30 places in the world, according to Bernheim. The forest has three colonies of the snail. Although Bernheim’s ecosystem would continue to thrive without the bluff vertigo snail, Berry said, the animal is a food source for other creatures, and when it dies, its body enriches the soil with calcium.

The bluff vertigo snail is an example of just one rare and endangered species in a time when animals are being threatened across the world, Berry said.

“The United Nations’ climate change report shows the loss of species over the coming decades and century is going to be massive,” he said.

The Global Assessment Report on Biodiversity and Ecosystem Advances, released in May, gave a grim prediction for the planet’s future: More than one million plant and animal species face extinction.

“And so, the question is, how do we preserve and protect some of these lesser known species?” Berry said.

Because where lesser species are being harmed, others are too.

LG&E’s pipeline would cause deforestation in the Cedar Grove wildlife corridor, home to the northern long-eared and Indiana bats. These endangered creatures roost in the forest because of its uninterrupted woodlands, Berry said.

In addition, the pipeline could impact streams and springs running through the corridor, which rely on the forest around them, he said. The corridor is part of a system of protected areas south of Louisville that provide a haven for local flora and fauna, including The Salt River, Pine Creek Barrens Nature Preserve, Apple Valley Glades, and the Bernheim-Fort Knox Wildlands Corridor, which extends into Appalachia.

Bernheim couldn’t exist without these and other preserves, Berry said.

“As more development is continuing to surround Bernheim and as Louisville continues to push south along I-65, we’re seeing Bernheim be cut off from all of these other protected areas, and eventually we’ll get to a point where our plants and animals wont be able to migrate to escape from climate change,” he said. “They won’t be able to connect up to other populations for gene flow, and then you have, really, problems extending that natural biodiversity for centuries.

Collins said that the pipeline’s planned route was selected from several as the best, based on reliability, cost and ability to serve future customers.

Bernheim plans to fight LG&E’s attempt to acquire its land. The research forest bought the Cedar Grove under easements and deed restrictions that prevent it from transferring the land for anything other than conservation purposes, Berry said.

If Bernheim refuses to sell, LG&E could take the land by eminent domain.

If, for some reason, LG&E was forced to abandon its current plan, though, Collins said, the company might select a different route after studying the project’s viability to continue.

In the meantime, progress — and preservation — continues. LG&E has started the process of requesting bids from companies that wish to construct the pipeline. And Bernheim’s bats and snails fly and forage in Cedar Grove. •