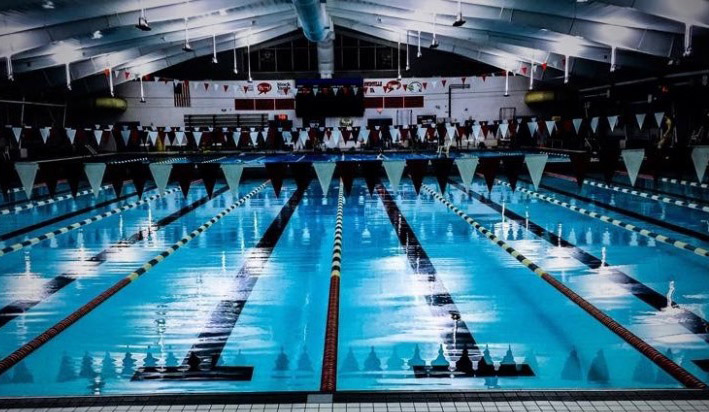 City budget cuts have closed four Louisville public pools for the summer, but Mayor Greg Fischer announced Wednesday that private donors have stepped in to give Louisville kids places to swim.

Papa John’s, through its philanthropic wing, The Papa John’s Foundation for Building Community, contributed $90,000, and the Jamon Brown Foundation donated $5,000, matched by the Atlanta Falcons.

In addition, Louisville Parks and Recreation will work with TARC to provide transportation to the swimming centers.

The four pools will not open, however.

The first YMCA community swim day will take place at its Downtown branch on June 8 followed by nine other sessions. Admission vouchers will be available for purchase starting June 3 at Metro Parks Administrative Offices and the Mary T. Meagher Aquatic Center.

The structured swim sessions at Central High School will be open to summer camps, community organizations and other groups to host activities as well as individuals in need of swim lessons. This program begins June 14 and will take place on Fridays (10 a.m. – 2 p.m.) and Saturdays (12-4 p.m.) of June and July.

In April, Mayor Greg Fischer said the city would not open Norton, Algonquin, Sun Valley and Nelson Hornbeck public pools due to a $35-million hole in the fiscal year budget, mainly from the rising costs of state pensions.

The state pension crisis left other Louisville attractions including the Belle of Louisville in jeopardy of closing, but the steamboat was also saved when Louisville Tourism contributed $500,000 to keep it in operation.

Other victims of the budget cuts have not been as fortunate.

The Middletown and Fern Creek Libraries – which both operate in leased spaces – are expected to close this summer, Louisville Metro Police will not start a recruit class scheduled for June, and the $2 million subsidy that provides school resource officers to JCPS will end.

The Metro Council is holding hearings on the budget in advance of a vote by the end of the month.

Facing difficult funding decisions due to the budget crisis, Fischer expressed optimism for the public pool plan. “I am so pleased that Papa John’s and Jamon Brown stepped up to help us provide swimming opportunities for our community this summer,” he said in a statement. “We’re facing a challenging time in our city, but great leaders solve challenges. We are grateful for the partners who’ve stepped in to help ensure a fun summer for children and families in the absence of our four outdoor pools.”

Papa John’s President and CEO Steve Ritchie said in the statement: “Just like pizza, pools are a key ingredient to summertime fun. We wanted to make sure that kids and their families across Louisville would have access to that summer experience, despite the tough choices Mayor Fischer and Metro Government are facing right now. We are honored to be able to offer our support with this donation from The Papa John’s Foundation for Building Community.”