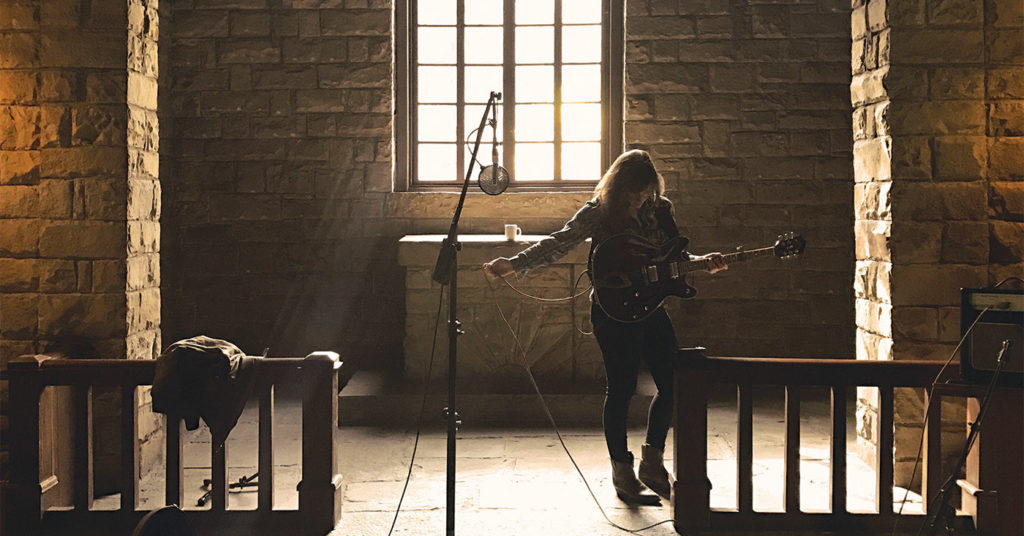 After his first visit to Pine Mountain a few years ago, Louisville-based musician/producer Daniel Martin Moore left feeling inspired and drawn to the place. He went back several more times, each time learning more about the history and environmentalism associated with the Eastern Kentucky landmark. It all led him to bring together some of Kentucky’s most celebrated musicians and poets for a series of recording sessions that ended up being the forthcoming double LP Pine Mountain Sessions. Recorded in the chapel of the Pine Mountain Settlement School, the album features Joan Shelley, Jim James, Rachel Grimes, The Other Years, Catherine Irwin, Wendell Berry, Teddy Abrams and many more notable artists. We caught up with Moore to talk about the record.

On how the record came together.
Daniel Martin Moore: I actually spent my birthday there, in, I think, it was 2017. At that time, there was no one else on campus — just my partner and I. We basically had the whole mountain to ourselves. We took tons of hikes, and we spent some time in the chapel, where we ended up recording the album. And I thought, ‘You know, it sounds so beautiful in here,’ when I was playing the piano and just listening to it reverberate through the room. It’s such a magic place to make music. It also sounds wonderful. And I thought, ‘I got to try to make a record down here.’ Over the next couple weeks, it kind of came together. At first I just reached out to friends — people I know really well. And then it kind of kept expanding.

On how Pine Mountain inspired the songwriting on the album.
The most perfect example of that is the song ‘Chapel On Pine Mountain’ by The Other Years. I invited Anna [Krippenstapel] and Heather [Summers] to come down. I’ve been a fan of theirs for a long time. They came down, and they were there for, I think, maybe two days, and in that time they wrote the song ‘Chapel On Pine Mountain,’ and I feel like it encapsulates the spirit of the project perfectly. In collaboration, and in coming to the place and being inspired by it. At the end of the day, that’s what this record’s for: We want people to experience the mountain.

On what he hopes to accomplish with the record.
First and foremost, I wanted to make a cool record — something that was beautiful. Something that everyone who worked on it can be proud of and really care about. All of these artists agreed to do this and nobody is getting paid. Every single person essentially donated their song or their poem to help connect people to the [Kentucky Natural] Lands Trust and the Settlement School. We want people to love the album and be excited about it, but we really want people to take a trip to Pine Mountain and hike up Bad Branch Falls. Or, go to Blanton Forest and see old growth, right here in Kentucky, that’s never been logged. These ancient trees. When you go there and experience the place and experience the majesty of it, the only response is: ‘OK, how do we protect this?’ •

Pine Mountain Sessions is set for release this summer. You can pre-order the album on Indiegogo. All proceeds go to Pine Mountain Settlement School and Kentucky Natural Lands Trust.