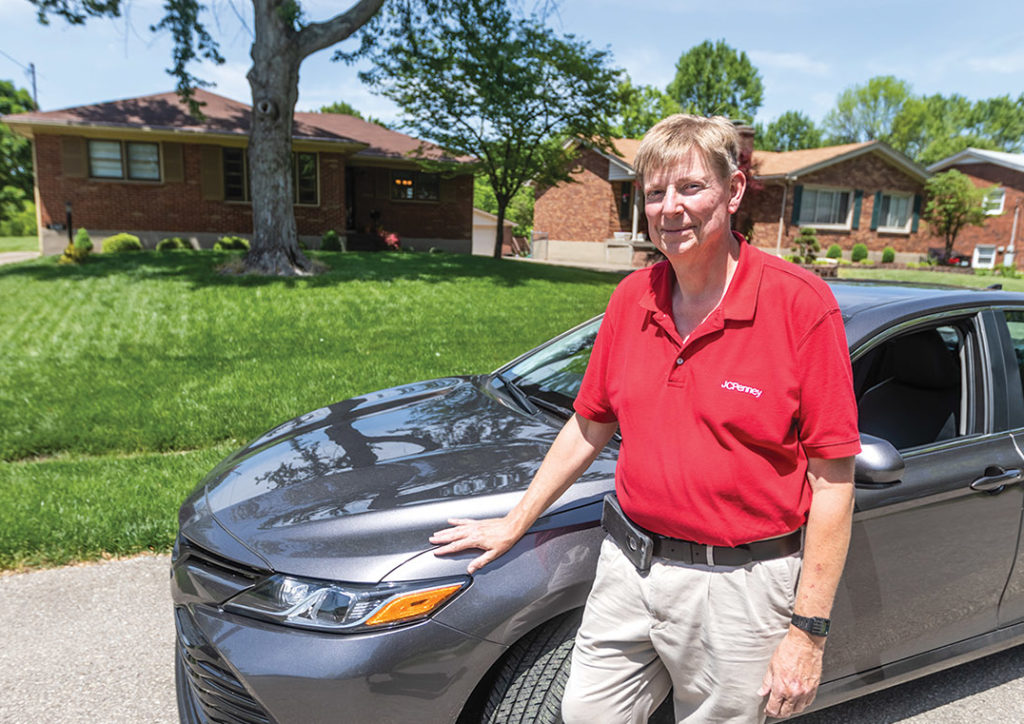 For 27 years, Christopher Helm touched the lives of visually impaired students by traveling from school to school as a resource teacher. With unmistakable passion in his voice, he discussed his ventures in education, “I loved working with kids who were visually impaired…they’re just so grateful to have somebody there to help them.” Now that Christopher is retired, he works part-time at JCPenny and does lawn care for his friend. Christopher expressed that he loves being outside caring for nature and longed for his own house with a lawn and shrubs to take care of.

When he finally decided to purchase his home, he turned to Class Act Federal Credit Union for help. It was natural for him to trust them with his adventures in home-buying after being a member for over 30 years. For most people, buying a home is quite a process; however, working with Class Act made it an easier, more pleasant experience for Christopher. This is due, in part, to the excellent customer service he received from his mortgage officer, “She was on the phone, texting me, or sending me emails constantly. I mean, she really kept me up to date with the whole process.”

Unfortunately, Christopher was thrown a curveball when he was involved in a hit and run that left him with a totaled car, a concussion, and whiplash. He was suddenly in a difficult situation where he needed a new home and a new car at the same time. Every time he’s purchased a new car in the past, he’s gotten it financed through Class Act. While he was nervous about the situation, Class Act came through for him as they always have, “It was amazing that I had to really go out on a limb, and they had no problem with allowing me to secure a mortgage and to finance a brand new car.” Christopher also had the opportunity to participate in Class Act’s “New Car Face” promotion, where members received a $75 gift card to Joseph’s Salon and Spa when they took out an auto loan with Class Act, “It was kind of the icing on the cake,” said Christopher.

While many would have felt defeated in Christopher’s situation, he maintained a positive tone and gentle disposition throughout the entire conversation. When everything seemed to be falling apart, Class Act Federal Credit Union was there to help Christopher pick up the pieces, brush himself off, and guide him on his way to a new car and a new home. He felt comforted by how easy the process was to get a new car and a new house simultaneously. “It went smooth as silk,” said Christopher, “They take all the hassle out of the application process and the approval process…They just have great service.” Other than having to go to physical therapy twice a week, Christopher is doing well. Now, he’s ready to embark on his new adventure in his “forever home” with his brand new car parked out front. Whatever his next adventure may be, Christopher can be confident that Class Act Federal Credit Union will be there, by his side, helping him along the way.

If you’d like to become a member of Class Act Federal Credit Union, call 502.964.7575 or visit classact.org today.