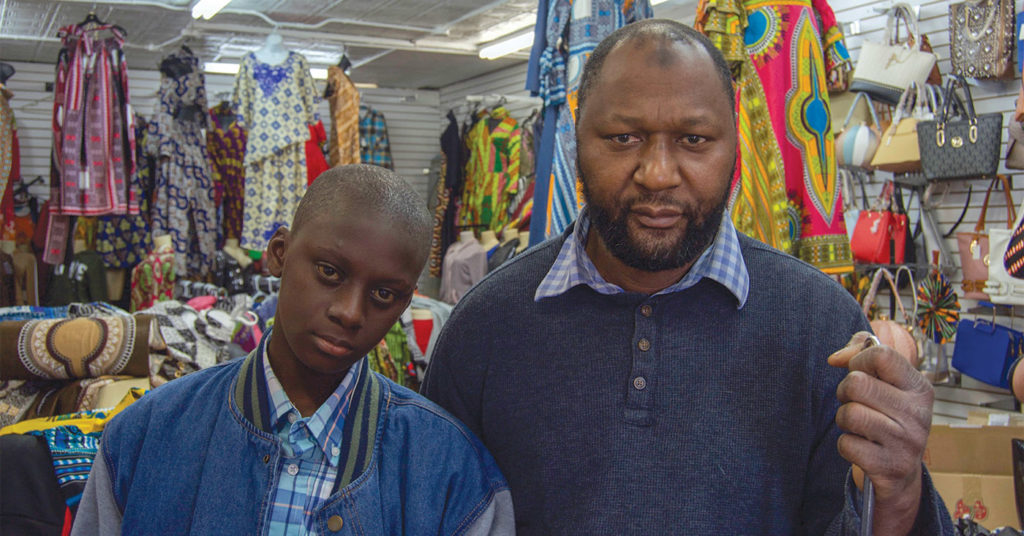 “I’ve been here since 1998. It’s been 21 years. When I came here, I was the only business here. It was just me, Chevron and Kroger. I remember when I first opened up my business, the police used to be worried about me. At that time, there was a lot of crime over here. If I had a problem with the building and needed repairs, people would ask for my address and I would tell them 2015 West Broadway, and they would tell me that they didn’t come this far. That was just 20 years ago, not even a long time ago.

People were scared to come to The West End. Now, people are coming back to live here, and the crime is lower. People are wanting to spend money and support black businesses. I think that if they do that, it’ll help us and the community. We live here, and we’ll spend money here.

For example, they were supposed to put Walmart over here, and people fought. Walmart would have been good. It could have brought a lot of people from a 10-mile radius. With Passport, I don’t know. I hope they hire people from The West End. They said that they were going to hire 500 people. I hope it’s not going to be a bunch of people, from outside, that will just come to work and go home. We’re not going to benefit from it. The YMCA will be good for the neighborhood. The director said that he’s going to make sure that every kid knows how to swim, so that’s good. That’ll be a positive thing for the neighborhood.

I think The West End is headed in a good direction, if they let us do more. We have to come together and do more, instead of complaining. For example, they complained about Walmart. Now, Walmart’s gone, and what do we get? We get nothing. Walmart being here, would have kept people from going so far. It would have been competition for Kroger, and they would have to drop their prices. But they didn’t look at it that way. Also, they were going to hire 200 to 300 people in the neighborhood. Also, people wouldn’t have to travel 10 miles. The closest one is where? Cane Run? Indiana? Instead, people complained about a parking lot. Would you rather park 500 feet or drive 10 miles? It just doesn’t make any sense. We gotta stop the complaining.” •

West of Ninth began as a Louisville photography blog, westofninth.com, by Russell residents Walt and Shae Smith. With a love for their community, Walt and Shae see the value and potential of all nine neighborhoods that make West Louisville. Armed with a Nikon DSLR, a recorder and the ability to never meet a stranger, their goal is to shed light on the attributes that make West of Ninth the greatest.