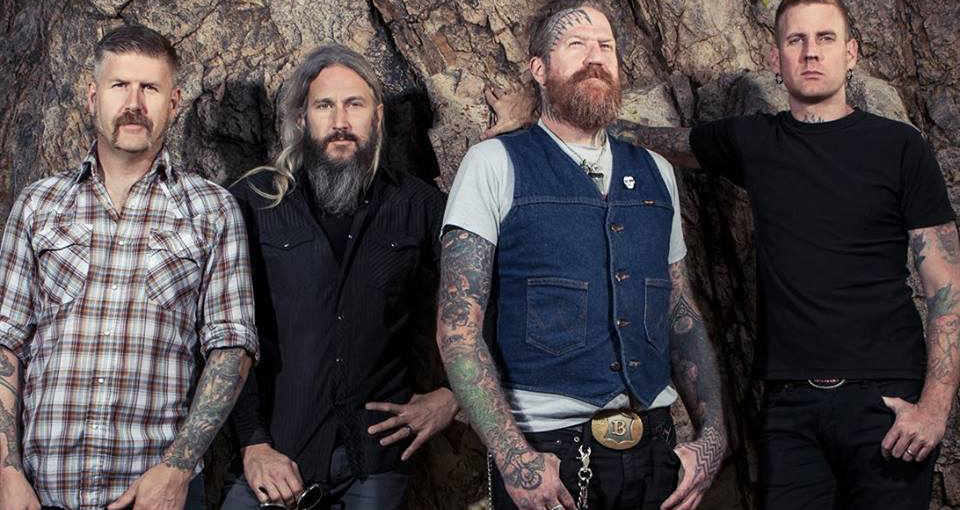 We caught up with Mastodon vocalist/bassist Troy Sanders to talk about the 10-year anniversary of Crack the Skye, how to keep a band together and touring with Thin Lizzy. Mastodon is scheduled to perform at Iroquois Amphitheater on Tuesday, May 28 with Coheed and Cambria.

LEO: So, Mastodon is playing Crack the Skye in its entirety. Obviously, it’s the 10-year anniversary, but was there any reasons you guys decided to do this type of tour?
Troy Sanders: When we went in to write and record Crack the Skye, we achieved a record that we always had dreamt of but never believed would manifest into what we are able to tap into musically and lyrically. The amount of effort and time that we put into writing it far surpassed every previous album we had done. We realized that we had a lot of really special music. The majority of the music was written by our guitar player, Brent Hinds. He just dug into the deepest place he’s ever dug, ever explored, and created what we believe is just some of the most magical, mesmerizing, beautiful music that he has ever created and that we’ve ever been a part of and able to be part of as a band.

I know you made a lot of fans really happy. It’s definitely a landmark album.
Yes, it was a landmark album for our band. We’re definitely not trying to boast about it, or we’re not trying to relish in pure nostalgia, but we just wanted to do something to commemorate the 10-year anniversary of something that we felt was incredibly special that we were able to achieve as just four dirty dudes that met up and started to play music together in 2000, culminating in the Crack the Skye was beyond our wildest dream.

I was recently discussing with a friend how crazy it is that Mastodon has been together for almost 20 years now. You’ve definitely paid your dues.
It is crazy. I think one of the main reasons is that we all shared the same vision as to what we wanted to create. We were all willing to jump in a van and take it around the world as far as we could go and play it for anyone that would care to listen. It’s hard to link up with the three, four other people in life to want to achieve that — that are going to suffer for five years and going to live in a van, and going to eat Fritos and mustard sandwiches. Along the way, we’ve all continued to grow together, whereas a lot of relationships can naturally grow apart.

That’s a great philosophy. It’s definitely very rare to find four guys who are willing to go that distance.
It’s bizarre. It outlasts a lot of best friendships, marriages, all sorts of shit. We recognize that we’re in a very fortunate situation. A combo of fortunate situations and dedication, drive and hard work.

Are you planning on playing the album note for note, or is there, looking back now, things you wish you have done differently and integrating that into the set now?
We’re just going to play the record exactly how we released it, top to bottom. No improvisation. We’re going to try to replicate it as best as we can. There’s a lot of parts and some are hard to play, and there’s a lot of vocals that counter the actual rhythm in the riffs. Some of these songs, we haven’t played since that initial tour 10 years ago.

On a more personal note, for you, I read not too long ago that you were going to be playing with Thin Lizzy for some dates. You must be stoked.
Oh, yeah. Our guitar player Brent Hinds grew up in Birmingham and grew up with Thin Lizzy’s current guitar player. Their current bass player, Tom Hamilton of Aerosmith, was unable to do these shows. Damon reached out to Brent and asked if he could get my number. It just makes me proud that the band Mastodon was on Thin Lizzy’s radar. From a band perspective, that makes us giddy just to know that they appreciate something that we’re doing and then on a personal level for Damon himself. For the band to give Damon Niel Peter’s job, to ask me to join for the summer, I wish there’s a more powerful word than humbling because it warms me from the inside out.

Any specific plans for after the tour? Will Mastodon be taking it easy for awhile?
Well, that will be about two and a half years of our touring cycle on Emperor of Sand. I would imagine we’d take a few weeks off. I’m going to go to Europe and do the Thin Lizzy dream gig. After that, we’ll probably wait until a collective excitement to start hashing out some new ideas that will eventually become our next record. Otherwise, this will be it for us on this particular cycle.