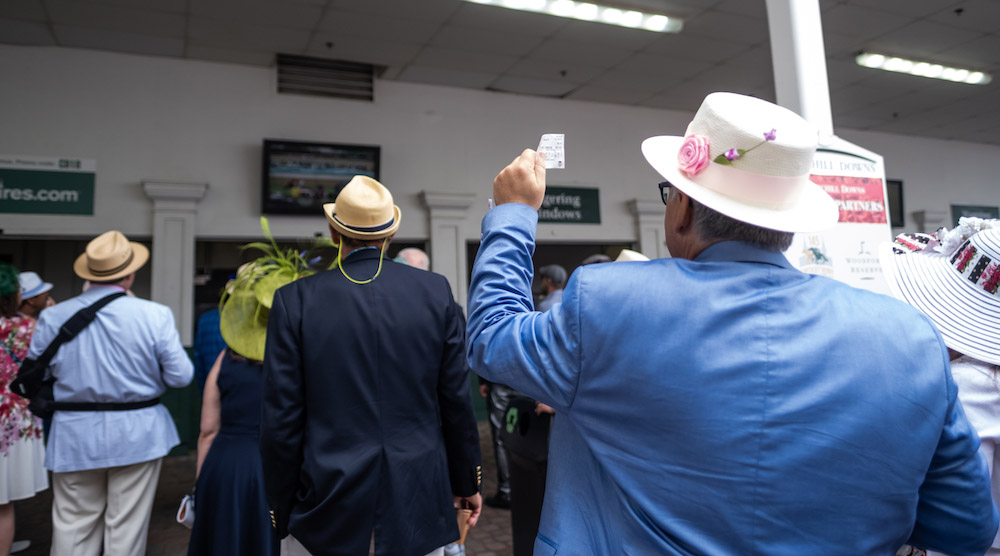 Boulmetis who happens to be the daughter of the oldest living Hall of Fame jockey, Sam Boulmetis, took out her iPhone and revealed her Kentucky Derby picks, typed out in a text.

“It’s a No. 20, so pretty far out there,” she said about Country House, the little known horse, trained by Bill Mott. “Likes the slop.”

She doesn’t see the point in picking the horses everyone else does — not when the sport is so dependent on uncontrollable factors: the weather, post position and fickle animals.

“Anything can happen at any time,” said Boulemtis.

She didn’t know how right she would be — or how lucky.

Country House, a 65-1 long-shot, won the 145th running of the Kentucky Derby after Maximum Security, who was staring down 4-1 odds, was disqualified for interfering with the path of other horses.

Boulmetis may have liked Country House, but for most bettors, the horse was not going to be among their picks. Instead, horses such as Win Win Win, Improbable and, of course, Maximum Security, were in the lead. Out of those, only Improbable finished in the top four, alongside Code of Honor and Tacitus.

Chris Duncan refined his picks while hunched over a trash can, determinedly marking up a stack of papers with a pen. After Omaha Beach’s medical issues, Maximum Security was his top selection for the Derby, determined by a formula Duncan has been using since 1987, given to him by an “old track guy” who visited his Louisville home.

Sometimes, according to Duncan. Did it work on Derby day? Well, it would have if it weren’t for those meddling stewards.

George Bruggenthies, from Chicago, was another scholar of horse racing who picked the ill-fated Maximum Security as his favorite. Bruggenthies started studying for the Derby months ahead of the race, watching other competitions multiple times and checking racing forms. On Derby day, he also liked Improbable and Win Win Win.

Both Duncan and Bruggenthies were too sheepish to say how much they planned to spend on betting, each saying the same thing: “More than I should.”

Some bettors took an even lesser scientific approach to their picks.

Barbara Crooks, a spectator from Arizona, liked Tax, because she’s a tax agent, and Joe Causino, from St. Louis, ignored a homemade binder full of racing forms in favor of the advice of a stranger at Subway who claimed to work at Churchill Downs, and who told him that Win Win Win was the one to beat.

In the end though, it was more like “lose, lose, lose,” Causino said.

When the race was nigh, spectators in general admission gathered around the Churchill Downs televisions to watch.

“The favorite has won five of the last five years,” said a man in a tan suit with a knowing nod to his friends.

After Maximum Security crossed the finish line, he crowed.

But less than 20 minutes later, the “favorite” was unseated.

“Anything can happen at any time.”