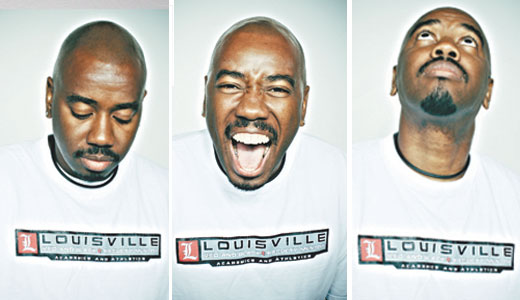 But, alas, this is not a reasonable world, so we continue to have debates about Confederates and history and its supposed sanitization.

There is an ongoing argument in Louisville revolving around the statue of former Confederate John B. Castleman in Cherokee Triangle. The mayor and others have argued it should be removed. Others, just as they did with the towering Confederate statue formerly tainting the UofL, apoplectically rail that it should remain in place. Good Brother Steve Wiser has now added his voice to the chorus that believes, “A bad precedent should not be established in removing the John B. Castleman statue since this will open up a Pandora’s Box of other bad decisions.”

Of course, there is a long-standing return to this “slippery slope” argument in these cases. Defenders of statue after statue, memorial after memorial and person after person lament, “If we remove this, where does it stop? Will we have to remove this statue, that memorial or the other?”

Will we have to revisit American standard-bearers such as George Washington and Thomas Jefferson? Where does it end? How much history do we erase? Brother Wiser even unconvincingly throws Muhammad Ali into the mix.

The fact that there are so many questions about so many people simply proves how pervasive racism and dehumanization have been in America since its inception.

I understand the trepidation of people desperately clinging to a past that gives them comfort and meaning. Unfortunately, if one pays any serious attention to the matter, it quickly becomes evident that their core question is wrong. They ask, “How much history will we allow to be erased?” The better inquiry is, “How many lies will we continue to preserve?”

A captivating monologue in Neil Gaiman’s “American Gods” begins, “The important thing to understand about American history is that it is fictional, a charcoal-sketched simplicity for the children, or the easily bored.”

To be sure, America is a lie. In 1776, brave Americans claimed independence from their English overlords and penned their manifesto on freedom. The second sentence of their mighty “Declaration of Independence” read, “We hold these truths to be self-evident, that all men are created equal, that they are endowed by their Creator with certain unalienable Rights, that among these are Life, Liberty and the pursuit of Happiness.” Seriously?

It was a lie from the beginning.

Contradictorily, Thomas Jefferson, the same man who wrote these words, was a slave owner. Many of the so-called founding fathers also enslaved and dehumanized other human beings while they claimed their own right to freedom and independence. I’m sure you’ve heard of a few of them: Benjamin Franklin, John Hancock, Patrick Henry, John Jay, James Madison and good old George Washington to name a few. Almost half of America’s 1787 constitutional convention delegates were also slave holders.

Yes, yes. American ideals about freedom and equality and its history surrounding them are lies. The entire narrative is all a lie, and the continued glorification and excuse-making for Confederates such as Castleman calcifies it. Castleman apologists argue that his later deeds, including his work with Louisville’s parks system should exonerate him. Brother Wiser deploys George C. Wright’s “Behind A Veil” to support Castleman. He simultaneously ignores Eric Burnette’s “Parks for the People! Profit, Power, and Frederick Law Olmsted in Louisville.” Burnette incisively argues that Castleman’s place in history is overblown. Most titular in developing the parks system was not Castleman, but Andrew Cowan — a New Yorker.

For many years, I and other anti-Confederates have encouraged citizens to study, not erase American history. Be forewarned, you may not like what you find. You will see who is really trying to revise, sanitize and erase it. You will see who is really trying to carry on the tradition of preserving a grand lie that started way back at the beginning. At the end of the day, you still have the right to support statues, flags and all the other trappings of the Confederacy, including John Castleman.

But there’s a catch. Once you make this choice, you have to own who and what you are and what you’re defending — a lie. •

Dr. Ricky L. Jones is chair of Pan-African Studies at UofL.Visit him at rickyljones.com.