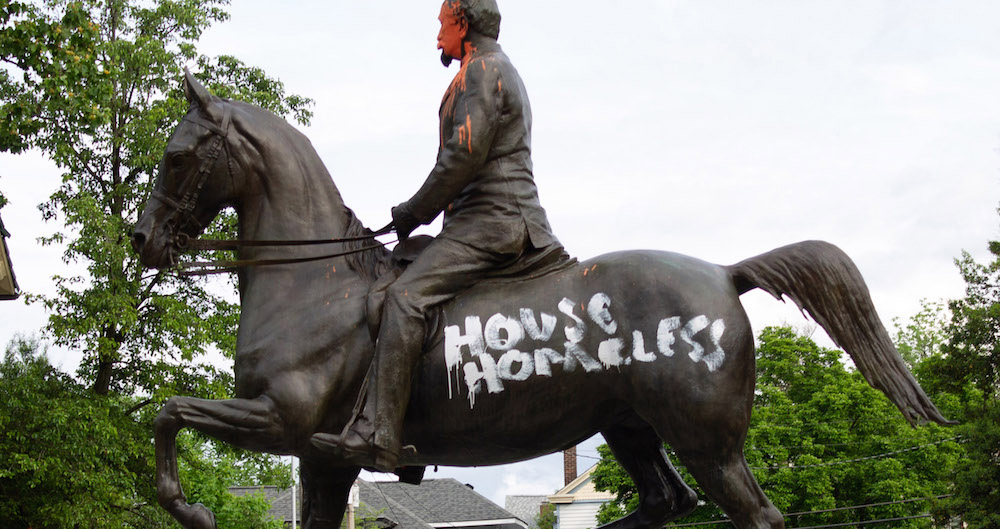 The polarizing John B. Castleman statue will be removed from Cherokee Triangle, unless Thursday’s decision by a city board is appealed in the courts.

The Historic Landmarks and Preservation Districts Commission voted to overturn a 3-3 decision by the Cherokee Triangle Architectural Review Committee that would have kept the memorial to the Confederate soldier and champion of the Louisville parks system in its current location.

“I am pleased with the Landmarks Commission decision today,” Mayor Greg Fischer, who appealed the January ruling, said in a statement. “Although John B. Castleman made civic contributions to Louisville, he also fought to keep men, women and children bonded in the chains of slavery and touted his role in the Civil War in his autobiography years later. We cannot and should not erase our history, but it is important that art and monuments displayed on public property reflect our values today as a welcoming city.”

The city has reached an agreement with Cave Hill Cemetery to move the statue to where Castleman is buried, the Mayor’s Office said. In December, the cemetery refused to accept a statue of another controversial figure, George D. Prentice, a Louisville newspaper editor in the 1800s who espoused anti-immigrant ideas. That statue was moved into storage from where it stood on York Street, behind the Main Library.

The city proposes to replace the Castleman statue with plants and to designate its roundabout at the corner of Cherokee Parkway and Cherokee Road as a site for a future public art installation.

The Landmarks Commission’s decision could be appealed to Jefferson County Circuit Court.

Since attention was first directed to the Castleman statue after the Charlottesville Unite the Right rally in 2017, it has been vandalized several times and repaired once for $8,200. Protestors advocated for its removal, but many people living near the statue asked for it to stay at the January Cherokee Triangle meeting.

In August, Fischer announced that he would remove the statue.