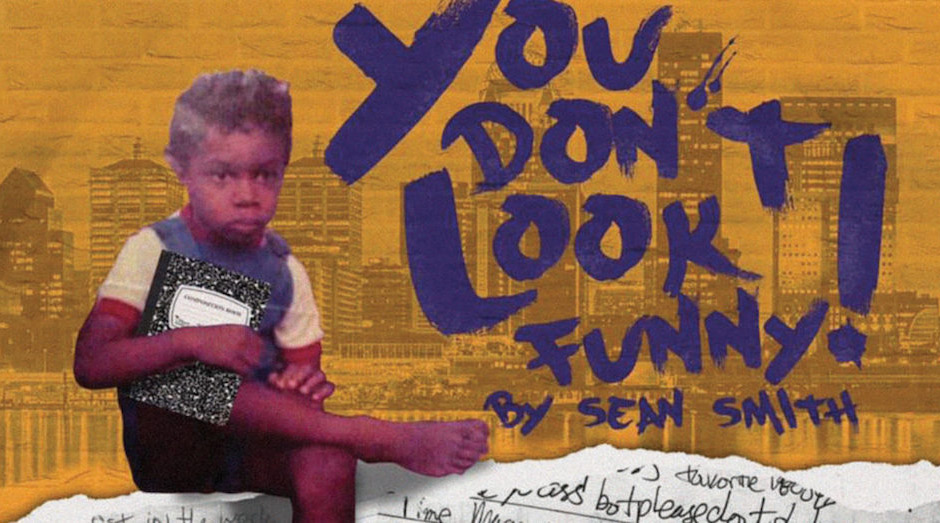 Think of local comedian Sean Smith’s debut album You Don’t Look Funny as a time capsule of his comedic life. “My goal was to make it as much of a comedic resume as I could,” Smith said. The album, nearly three years in the making, features conventional stand-up, sketches and some comedic songs. He will celebrate the album’s release with a show Friday at The Bard’s Town. “I’m thinking of this show,” he said “as ‘Comedy Album Unplugged’”

LEO: When you started comedy, you worked as a social worker. Was stand-up your release from professional stress?
Sean Smith: It’s kind of part of my roundabout way to stand-up. I was working at Maryhurst. I would get off second shift and go hang out with my friend. We would play instrumental music and just rap to it. What would come out was really silly stuff — goofy rap lyrics and whatever. We made a Myspace page called The Local MCs, and we would post those raps there. People started liking them, and we eventually got booked on the Gulf Coast Comedy Festival. Then, my friends all grew up and had babies and stuff. I still kind of wanted to do something, so I ended up doing stand-up.

Tell me a little about You Don’t Look Funny.
Well, I’ve been working on it for three years. I wanted to capture my first 10 years in comedy. One, so I don’t have to do that material anymore. And two, to have it as a kind of time capsule for that time in my life. Obviously, there is a live stand-up component to it. There are also four original songs, and then I made six sketches. My goal was to make it as much of a comedic resume as I could.

Your release show is this week. How will you present your album to the world?
It’s going to be stand-up. It’s going to be music. Part of the show is going to be me talking about where some of the stuff came from, what was happening in my life or what my influences were when I wrote it. I plan to have some unique visuals, too. I’m trying to do something different. How do you do a release show for a comedy album? Do you just show up and do the material on the album? I want to mix it up. Remember ‘MTV Unplugged?’ I’m thinking of this show as ‘Comedy Album Unplugged.’

A few years back, you almost died in a house fire. The local comedy community rallied around you. What is it that binds Louisville comics so tightly?
Man, it is like having a big, extended family, and it comes with all that encompasses that. So, not just the good part of family. When you’re all at the same shows all of the time, it can be a little much. It’s like if you had to hang Christmas lights with your family every weekend. The first weekend is fun. By weekend 17, you’re tired of the Christmas music. And by weekend 40, someone is getting punched. Yet, whenever something happens we always pull together. I feel like it’s because we know each other beyond our jokes.

The fire had to be a horrible experience. Was it something you were able to mine for your material?
I did for a little while. Anytime something like that happens, an experience that is so specific to me, it’s my responsibility to write about it. That’s where the best material comes from. And it was such a weird experience. The love I got was the kind of love I would expect to have gotten had I actually died. It’s overwhelming to constantly hear all of the kind things people were saying. It’s almost like I got to go to my own funeral. It was surreal.