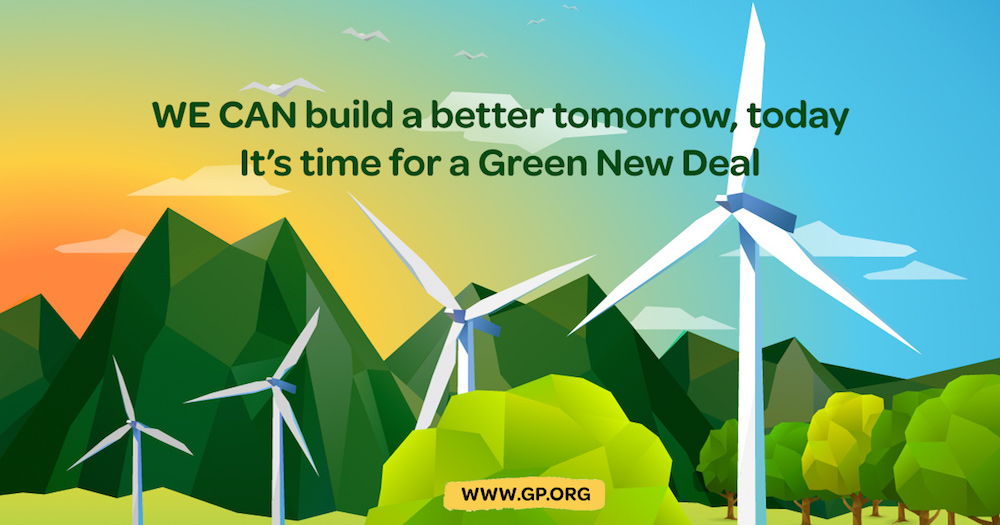 How-to Festival
Main Branch, Louisville Free Public Library
Free  |  10 a.m.-3 p.m.
Have you ever wondered about how to start a podcast? How about how to embroider? Or how to become a beekeeper? You want to learn, and the library wants to teach you. Choose from over 50 how-to lessons led by experts who will instruct you on the practical (how to buy your first house) to the fanciful (how to dress like a colonial American). Some will be going on all day, while others will be one-time classes. Check out the schedule on the LFPL’s website to pick out your curriculum for the day.

Road to a Green New Deal: Kentucky Tour Stop
Kentucky State University, Frankfort
Free  |  5:30-8:30 p.m.
It’s hard to sell something like the Green New Deal, which aims to eliminate carbon emissions in the United States, in the coal bastion of Kentucky. The Sunrise Movement is trying. This youth-led organization has created an evening event, featuring a dinner and speakers representing Kentucky’s people, students and energy workers, to talk about the need of the Green New Deal and how it will include marginalized communities. You’ll have to make the trek down to Frankfort to attend, but if you care about the future of the world, it’s probably worth it. Scheduled speakers are: Executive Director of the Sunrise Movement Varshini Prakash, State Rep. Attica Scott, former President of the Kentucky High School Democrats Kevin Short, coal miner Scott Shoupe and Kentucky Sunrise Movement member and organizer with Mijente Louisville Jennifer Bencomo Suarez.

Halfway 2 Halloween
The Nachbar
No cover  |  8 p.m.-4 a.m.
Louisville bars just can’t seem to let the spirit of Halloween die, and Saturday being less than six months until the spookiest holiday is an ideal excuse to dig out last year’s costume and party. Make sure it’s a good one, because there will be a costume contest, along with a watermelon carving contest (because pumpkins are out of season — also, watermelon is delicious), spooky movies and, the best thing, free candy. Want to monster mash? DJ McKinley will be playing, as well as electronic musician TONY ROBOT and the appropriately creepy Prayer Line, which just released their latest horror-inspired album, Drink the Blood.

24th Annual Gardeners’ Fair & Silent Auction
Locust Grove
Free-$6 (age dependent)  |  10 a.m.-5 p.m.
We know you forgot a gift, so, for Mother’s Day, take your mom to buy some of those plants she loves. Forty vendors will be spread across Locust Grove’s grounds, selling herbs, perennials, garden art and tools and other plants and flowers. But that’s not all. There will be a gardening book sale, live music and several Louisville food trucks, including The Blue Crab and the Sweet and Savory Food Truck. This event takes place on Saturday as well.