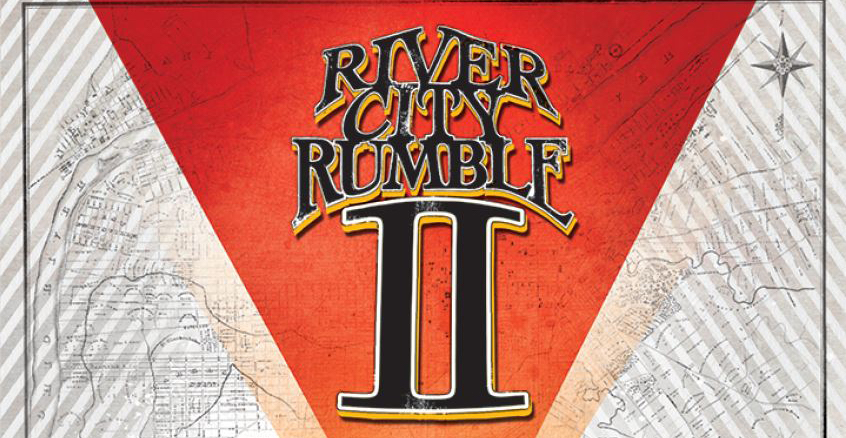 Starlight Strawberry Festival
St. John the Baptist Catholic Church, Floyds Knobs
Free  |  8 a.m.-6 p.m.
Some say apple pie is the most American dessert. I’m going to go with strawberry shortcake. Cake soaked in a sugary strawberry syrup, topped with either ice cream or whipped topping is a satisfying summer treat, and it pairs well with fireworks, parades and, as it does in this case, church picnics. Neither confection was actually invented in America, so who’s to say which one is more patriotic, anyway? At St. John the Baptist’s annual strawberry festival, which has been a tradition for 40 years, you can build your own strawberry shortcake, as well as sip on  strawberry smoothies. The festival also features live music, craft booths, festival games. inflatables and the annual soap box derby. “A great family event!” organizers say.

River City Rumble Release Show
RockerBuilt
Free  |  noon-2 a.m.
Twenty Louisville bands have joined forces to create a compilation album of original, never-before-heard music: River City Rumble 2. This is the release show, performance and flea market for musical gear. Starting at 6 p.m., watch a few of the featured artists perform, including Legs Akimbo, Brother Wolves, Graffiti, Ron, WiiRMZ and Satellite Twin. Beforehand, check out new art in Rockerbuilt’s gallery, shop at a music gear flea market, chow down on food from Atrium Kitchen and Smofried BBQ and water your gullet with drinks from Monnik Beer Co. Below, you can listen to “FBii” by WiiRMZ — a song from the compilation.

Big Mike’s Comedy Blast
The Planet Bar
$25  |  8:30-10 p.m.
Big Mike’s Comedy Blast is back and at a new venue, The Planet Bar, after almost three years at the Hilton Garden Inn. Michael Martin’s show is modeled after HBO’s “Def Comedy Jam,” which featured stand-up sets from up-and-coming black comedians. Headlining this time is comedian B-Phalt from Philadelphia, who has been featured on “Showtime at the Apollo,” Comedy Central’s “This is Not Happening” and the actual “Def Comedy Jam.” She’s accompanied by Oscar P “the funniest, politest jerk you’ll ever meet” from Tennessee and comedian Jason Ritchey.

State Champion (solo) / Catherine Irwin / Ned Collette
Eiderdown
$6-$10 (sliding scale)  |  10 p.m.-midnight
Organizers call this show a “rare and intimate affair.” That’s because it features two Louisville musicians who often perform with a band. Ryan Davis from State Champion and Catherine Irwin from Freakwater will play their thoughtful, country-leaning music alongside a stranger to the Louisville music scene, Ned Collette from Berlin and Melbourne, who is touring the eastern United States with Davis.

Kentucky Reggae Festival
Louisville Water Tower Park
$10-$20  |  2-11 p.m.
Every Memorial Day weekend, on Saturday and Sunday, Louisville Water Tower Park fills with bouncing rhythms and the smell of Caribbean food. The Kentucky Reggae Festival has been a Louisville tradition since 2003. This year, eight bands take the stage, including Sunday headliners Mighty Mystic and The Hard Roots Movement from Jamaica. If you go on Saturday, New Kingston from Brooklyn and Jamaica will be playing last. There will be arts, crafts, jewelry and more from the Caribbean Vendor Market and authentic cuisine from the Jamaican Association of Louisville and A Piece of Jamaica.

Bonus Thing to Do:

Subway Fresh Fit Hike Bike and Paddle
Great Lawn, Waterfront Park
Free  |  8 a.m.-noon
On our “Five Things To Do This Weekend” lists, we usually list, well five things to do this weekend. But Monday is Memorial Day, so start your day off with this free, fun, and healthy event. Professional instructors will provide free demonstrations in yoga, Tai Chi, Zumba and pickle ball. Then take off on the hike, bike and paddle. It’s up to you to choose one of three 5k walks, a 12.5-mile bike ride or canoe/kayak on the Ohio River (canoes and kayaks can be rented if reserved ahead of time, by contacting the Louisville Kayak Co.). It’s a morning for all ages, including the dog (except on the Big Four Bridge, because some people won’t clean up after their best friend).