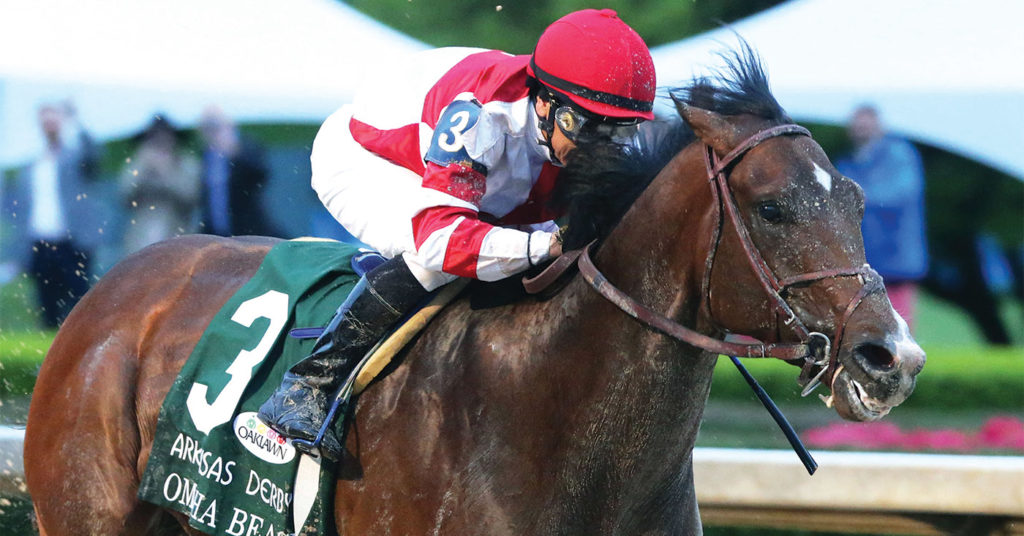 Your Derby weekend is pretty much set.

You’ve nailed your dinner plans. — “Jack Fry’s? Hard to park. I’ll be bringing in from Imp’s.”

You’ve dealt with your Barnstable party commitment. — “Love to see ya, Kid Rock, but my band has the garage booked for that night.”

You’ve got your seat for the race — “I bought a new recliner. Furniture Fair. Amazing sale.”

All that’s left to do is make your Derby picks.

Last week, we talked to a few professional handicappers, who told us about their backgrounds, their experience and their methods. This week, let’s see if we can put it all together and help you get a triple-figure payout.

One thing to remember about handicappers. They’re bettors, watching the odds, measuring the payouts and evaluating long shots. They know the sport, and their observations about past races and speed times are part of the analytical process for them. But they want to pick a winner that will pay a lot more than even money. So, they bet not to be careful but to be memorable.

There’s no overwhelming favorite in this year’s field. The track’s pari-mutuel pool won’t be finalized until just before race time, but the Vegas book has been active ever since the field was set. Vegas most recently showed Omaha Beach leading the field at 4-1. From Bob Baffert’s stable, Game Winner is 9-2 and Roadster and Improbable are both 5-1. Also at 5-1 is Maximum Security.

Those look like the safe win bets. Our handicappers probably won’t be making those win bets — though Caton Bredar, the TV handicapper, does like Omaha Beach.

“I got my first look at him the other day,” she said. “An incredibly big, good-looking, beautiful, graceful horse — really impressed me.”

Omaha Beach comes into the Derby following wins at the Rebel Stakes in March and the Arkansas Derby in April, both on muddy tracks. Based on those wins, he was considered a middling favorite until Hall-of-Fame jockey Mike Smith (who rode Justify last year) chose Omaha Beach’s saddle instead of Roadster’s. Then the horse’s odds began to drop.

That wasn’t a factor for Bredar. “I’ve seen too many times the jockeys have been wrong.”

Besides, as Jude Feld of the Horse Racing Radio Network says, “They don’t call it jockey racing.”

Bredar’s top choice, however, is Maximum Security, winner of the Florida Derby. His trainer is Jason Servis. “He posted the fastest speeds and he’s undefeated,” she said of the horse. “He’d be the favorite if he were in a different barn, trained by Bob Baffert or Todd Pletcher.”

How much does “undefeated” matter? “There’s something to be said for horses that don’t know how to lose. Those are the horses who find a way to win, no matter what. If he’s beaten every horse he’s faced, he’s ahead of those who’ve already been beaten. It builds confidence in the horse, just like it would in a person.”

“But for that race, War of Will could well have been the favorite here. He had beaten everyone — easily. He’s apparently healed well, but he hasn’t run since, so he hasn’t had the chance to regain his confidence.” Or the oddsmakers’ confidence.

The four horses HRRN’s Feld likes are Tacitus, an 8-1 horse on a three-race winning streak, including the Tampa Bay Derby and the Wood Memorial Stakes; Vekoma, Game Winner and Omaha Beach. None are a real long shot.

Marty McGee of The Daily Racing Form also likes Win Win Win as a long shot bet. “I think we’re in one of those years when a winning horse will pay $50. The favorite will be about 6-1, so anyone could win this.”

But his Trifecta pick is Tacitus, Improbable and Game Winner, in that order.

Ed DeRosa of Churchill Downs’ online racing sites doesn’t like favorite Omaha Beach, whose two best races were on muddy tracks. “He’s the real deal on an off track, but on a fast track, I’ll try to beat him.”

Rounding out his top three are Tacitus and Improbable.

It’s important to note that all these picks were made before the post positions were drawn. Will that impact anyone’s decisions. No. But also yes.

“I’ll never again pick a Derby horse that draws post No. 1,” DeRosa said. “In a field of 20 horses, if you’re on the rail for the long run into the first turn, there are a lot of opportunities for trouble.”

So, if any of his picks drew the pole? “I’d change my pick.”

Anything else that might influence these hardbitten handicappers? Bredar is waffling between putting her money on Game Winner versus stablemate Roadster.

“Game Winner is better-suited for the distance,” she told me, “but my husband’s jockey is riding Roadster, which makes it difficult from a handicapping perspective.” Her husband, Doug Bredar, is a jockey’s agent who represents Florent Geroux. “We try to put our emotions aside, but the heart sometimes gets in the way.”

See? Even the handicappers have hearts. •