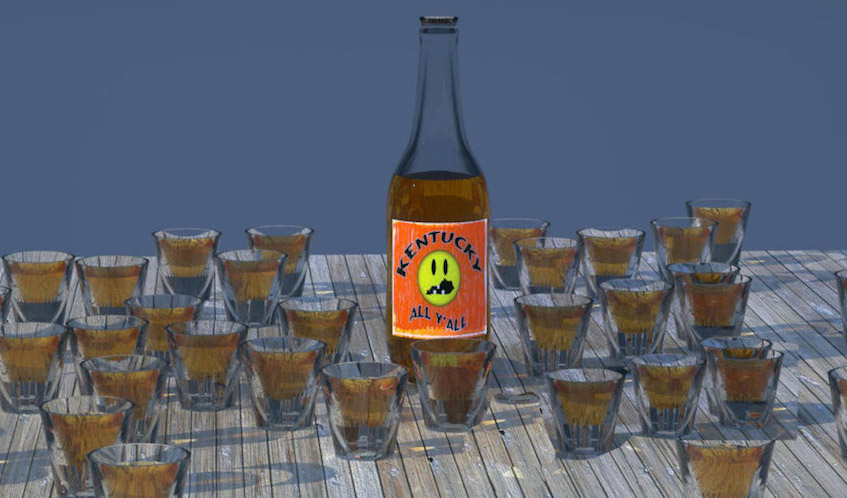 Neighbors of The Planet bar in The Highlands say it is too noisy, and patrons leave trash when they depart. Cathy Wright, the owner, said that she’s done what she can to appease the neighbors, including hiring two off-duty police officers on Saturdays. But, she said, it’s a “no-win battle.”

This is exactly the type of dispute the city is hoping to squelch as summer bar season approaches. A private meeting has been set for the third year in a row between Highlands bars and the Louisville police, Councilman Brandon Coan and neighbors. As temperatures warm, more outdoor events are held, and with them, more chances for noise, crowds and neighborhood complaints.

“The point of the meeting is just to discuss with the upcoming summer, any problems that they’re having,” said police Lt. Alejandro Cabrera, who is in charge of the Bardstown Road/Baxter Avenue corridor. “Any issues that they’re having, and if we’re getting complaints from any people in the neighborhood or anything else.”

This year, though, Coan sees the meeting as not just a chance to prepare for summer but as an opportunity to change the behavior of one or more bars in the area that he declined to name but said are causing problems.

“I don’t want one or two or a few problem areas to really, you know, overdo and jeopardize what by and large are many responsible, good bar owners,” he said.

Cabrera said that, in his experience, it is individual events, such as musical guests, that rile up neighbors more than it is specific bars.

Wright said she plans to go to the April 9 meeting, but that she doesn’t expect it will lead to a resolution of her issues. “I take care of one thing, they come up with something else,” she said.

Neighbor Suzy Haddix had the same sentiment. “We’ve been ‘talking’ to all kinds of people, in all kinds of forums, with no results thus far,” she said. “I am afraid it will take more than ‘talking’ to have an impact on the owner of The Planet.”

In the past, though, some bars have seen success by working with neighbors and the city. Neighbors used to complain about noise and other issues at Flanagan’s Ale House, said owner Dave Zimmerman. So the bar worked to improve its sound management, it began sweeping the street after closing and it hired off-duty officers to manage departing customers. The yearly meeting helps make sure the neighborhood and bars understand each other, he said.