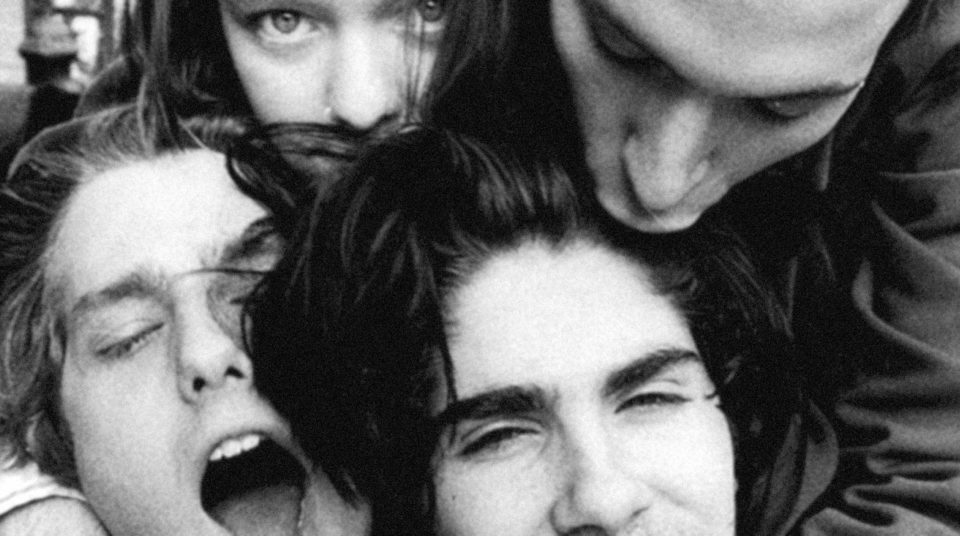 Last week, the influential, Louisville indie band Rodan released The Hat Factory 93, a once-lost batch of early demos. It’s exclusively available on Bandcamp, with all proceeds benefiting Girl’s Rock Louisville. Recorded between their Aviary EP and their seminal 1994 album Rusty, the collection of five songs was remixed by La La Land studio’s Kevin Ratterman. We caught up with Rodan members Tara Jane O’Neil and Jeff Mueller to talk about it.

On finding the lost tapes through Adam Reach, of the label Touch and Go Records.
Tara Jane O’Neil: What I didn’t know, until I went to record a solo record in Chicago and stayed with Adam Reach, is that he’d located some older man in Illinois who’d had the same machine [as the tapes], a 1-inch, 16 track machine — and convinced this guy, without talking to us or anything, to transfer these tapes to a Pro Tools session, and this guy was so moved by our music and lives that he did it for free. So, there was this thing where Adam did it because of his interest, and this guy did it for his interest, and Adam put it on my hard drive, and there it sat for a few years. I went to work on some music with Kevin Ratterman, and I had a hard drive for that session, and he saw the Rodan folder, and I let him see it. He got real excited.

On donating the proceeds to Girl’s Rock Louisville.
O’Neil: I sent out an email to the people in the band, past and now, and told them about these tapes and that Ratterman suggested releasing it as a benefit to somebody. I asked for everyone’s ideas. I had Girls Rock in mind. Then Kristin Furnish, who we include to kind of represent Jason [Noble, who passed away in 2012] in some of these matters, and she advanced that idea. It seemed like a good idea to everybody.