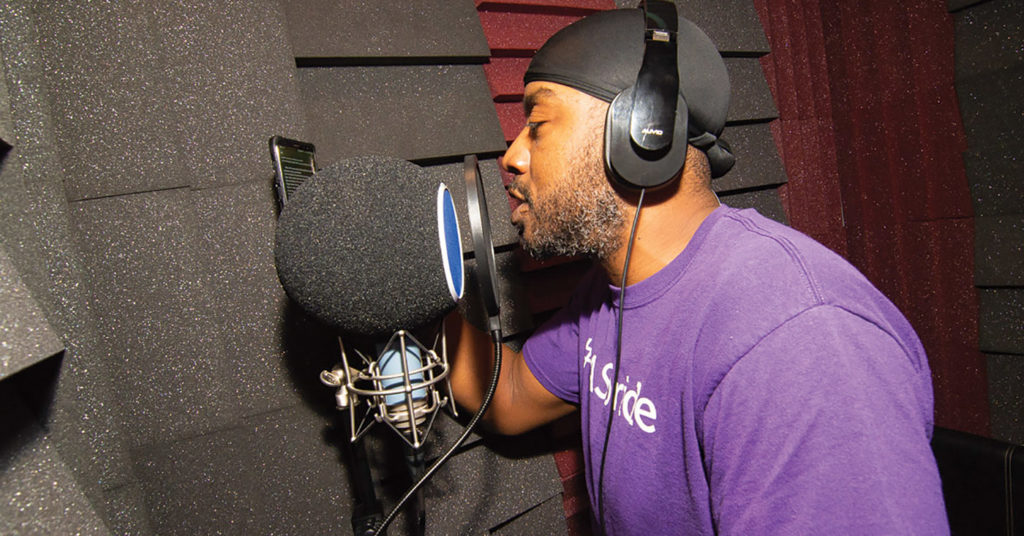 For the last seven years, Wisconsin native Romell Weaver, aka Rmllw2llz (pronounced “Romell with 2 Ls”), has made Louisville his home. He’s worked hard to support the local hip-hop scene and his community, but he said he’s faced challenges, the details of which he’s made clear in his latest song, “Fux Wit Me, Pt. 2.”

“I’m not from here, so it’s been really hard to make my way being an outsider,” Weaver said. “I don’t get down with certain crews or whatnot. It’s one of those things where, in the beginning, I was trying to get with a few people and work with certain people, and they just weren’t hearing it, and now that I’m at where I’m at, they’ve been emailing and calling and saying, ‘Hey, let’s do this,’ stuff like that. With my other stuff, I’m either always on my soapbox preaching something or dropping some jewels, so with this song, I just wanted to talk some shit.”

But Weaver says he’s not angry, and that the song stems from a blanket frustration with the hip-hop scene in general. He pinpoints the disconnect between people saying one thing and doing another.

“There’s no one certain person or group to be angry with,” Weaver said. “It’s just the frustration that a lot of us artists face. Like, OK, what do I have to do to to really get your appreciation? Not even so much for my music, but what we’re trying to do as a culture. I mean, here I am, not even from here, and I’m putting more into your community than you are and you still won’t come out and support your community?”

“Fux Wit Me, Pt. 2” is a solid mid-tempo banger with a strut that is seemingly natural for the straight-shooting Weaver, who admitted he wanted to “beat his chest” on the song. The dark, dead-ahead beat reflects this motif, which is sparsely intertwined with a warped, wicked piano riff, serving as a canvas for Weaver so that he might paint his intended message upon it loud and clear.

“I’m trying to stay off Facebook, because it’s really getting to me right now,” Weaver said. “There’s a lot of negativity coming from the hip-hop scene. It’s not a negative, ‘We hate each other,’ just more a, ‘We’re working our asses off, and we’re not being heard, or we’re not being seen.’ So, this beat was one of those days where I was feeling it.”

Weaver, not one to mince words, also wanted to make sure everything he was saying on the song was exactly what he wanted to say.

“I sat on it for about a week after I recorded it because I wanted to make sure my verbiage is clear, because I don’t want anyone to mistake what I’m saying,” Weaver said. “I’m saying this because I mean it.”

And while Weaver may have come to the scene empty-handed, he seems to be enjoying the last laugh now. “Everyone has been like this shit is fire,” he said with pride. “A couple of my buddies have been like, ‘We’ve been waiting on you to talk this kind of shit.’ So, it’s being received well. It’s even got some people who denied me work in the beginning calling me to collab and work now. So, it’s served its purpose.”